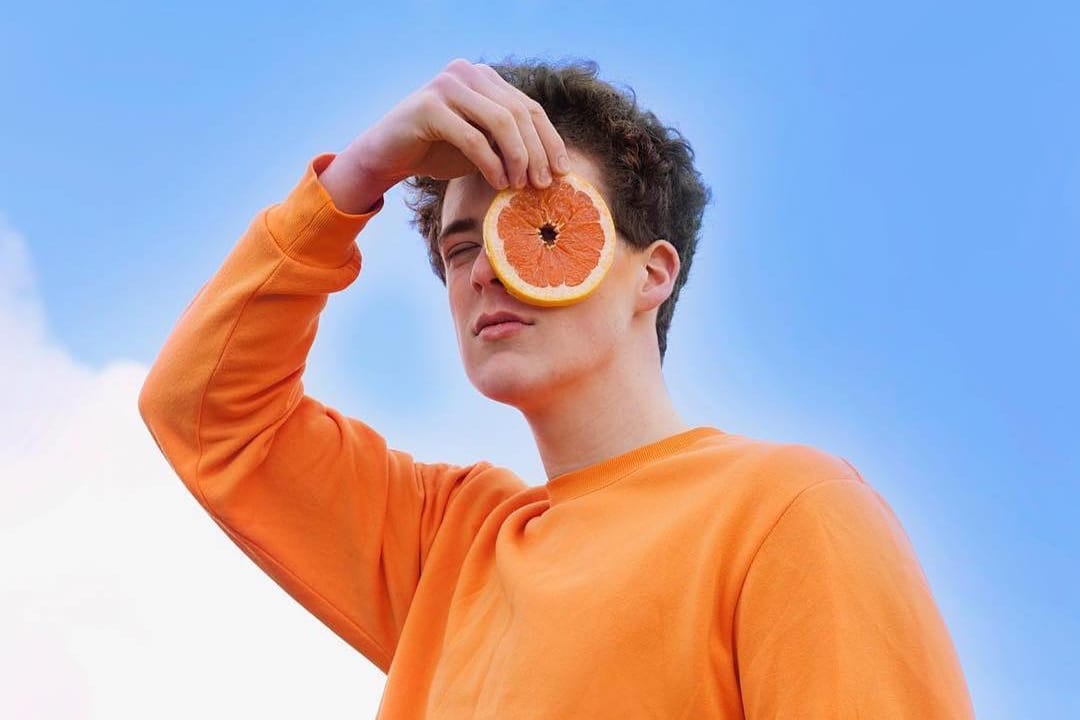 Six Sustainable Fabrics Made From Fruit And Vegetables

From silk made with orange skins to plastic buttons from potatoes, food and fashion go hand in hand when it comes to imagining a more sustainable future for the industry. Fashion writer Francine Heath investigates the most innovative materials on the market made from fruit and vegetable fibres.

“Fashion is part of the daily air and it changes all the time, with all the events,” commented a shrewd Diana Vreeland in the late ‘70s,  and how relevant her words are proving to be today. “You can even see the approaching of a revolution in clothes.” The former Vogue editor also remarked that style isn’t like canned soup that can simply be bought anywhere, yet perhaps she didn’t know how the food and fashion industries would come to work together in that very revolution.

Whether repurposing food waste or simply harnessing the DNA of plants to create innovative new fibers, companies around are proving fruit and vegetables to be integral to the fabrics of the future. From replacements for oil-based synthetics and silk to plant-based alternatives to leather, the six materials below show just how food can help fashion be more sustainable. We’ve long heard the phrase ‘you are what you eat’, but does a lower impact industry mean wearing it too? 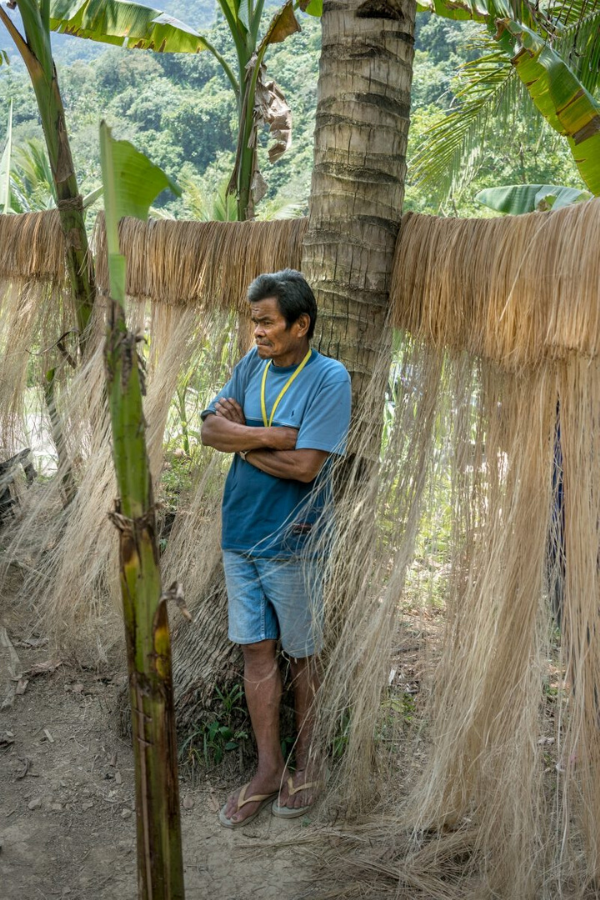 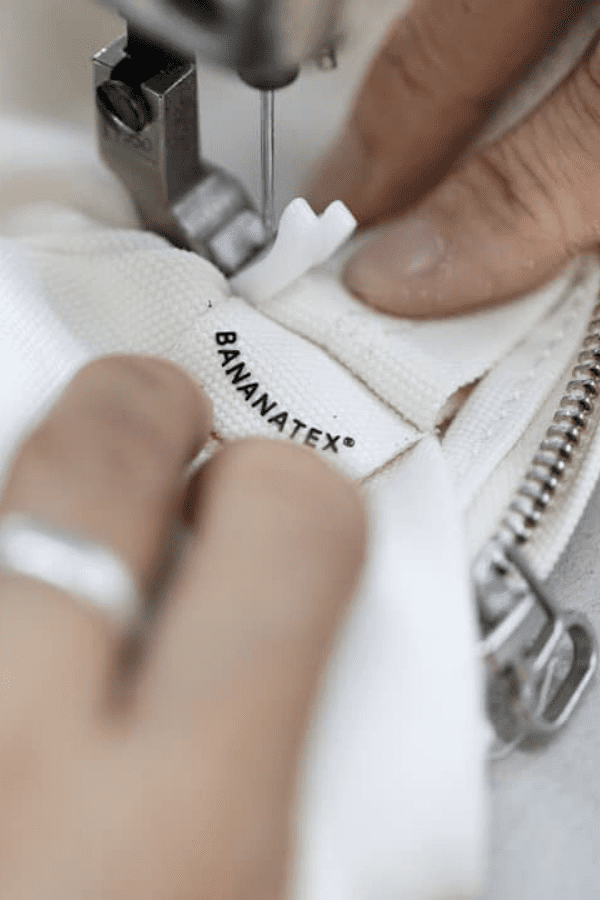 Bananatex® is the result of a three-way development between the Swiss backpack brand QWSTION, a Taiwanese yarn specialist and a weaving partner also based in Taiwan. United by a desire to challenge convention and ask how things can be done differently, they spent three years researching and developing the world’s first durable, waterproof fabric made purely from Abacá banana plants — the stalks, to be exact, which regenerate fully within one year of being harvested. The plants are organically cultivated in Philippine islands and require no chemical treatments.

QWSTION started in 2008 when five co-founders realised they shared a passion for fashioning modernist, practical accessories that would work on a daily bicycle commute and be smart enough to take into an office. “Developing our own materials for us is the key to increased sustainability,” says the brand, explaining that often the largest part of textile production involves plastic, with dramatic impact on nature and people. No stone appears to be left unturned; the Bananatex® shell is waterproof thanks to a natural beeswax coating and a PFC-free treatment, while the leather zip pulls are vegetable-tanned to ensure they soften and darken beautifully with time and wear.  At the Zürich studio, each pattern is carefully considered to eliminate waste after cutting individual parts, and when the bags do eventually reach the end of their life cycle, they leave no trace because the fabric is biodegradable, and the components are recyclable. 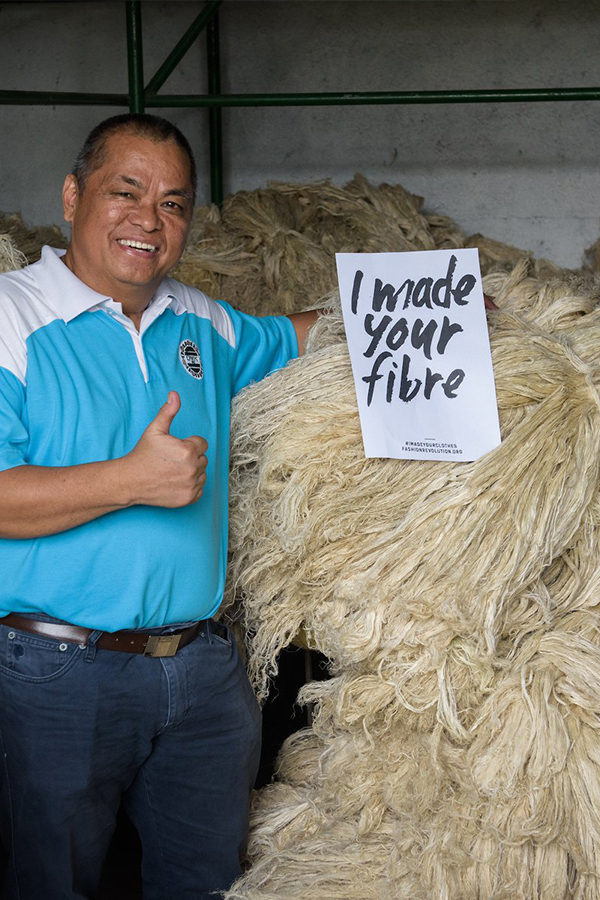 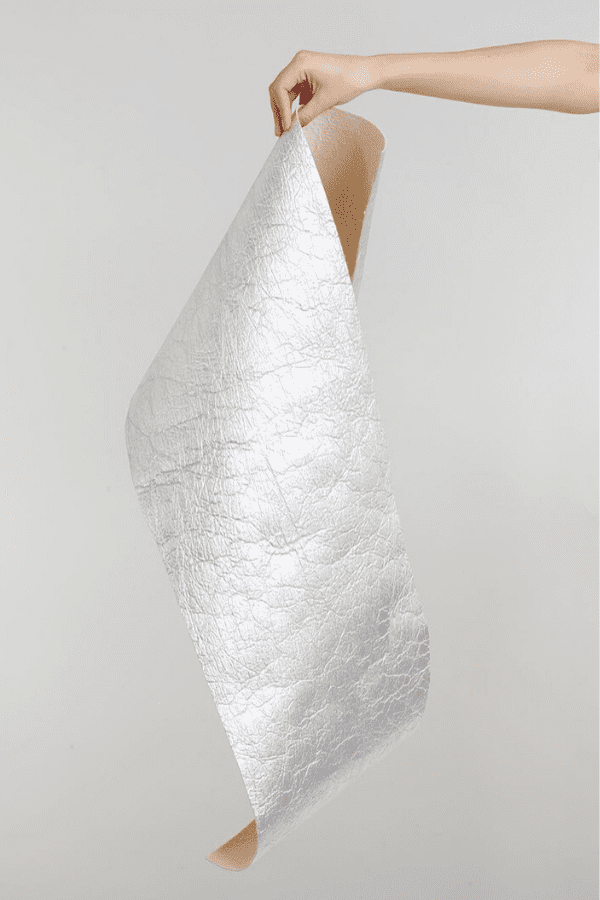 Back in 2017, Eco-Age founder and creative director Livia Firth stepped out onto the Met Gala’s iconic 150-foot-long carpet wearing a bespoke gown cut from Piñatex®, a plant-based  alternative to leather. At the time, Vogue reported that the silver and white dress by Laura Strambi would have made “an interesting conversation starter at dinner.”

Piñatex was developed by Dr. Carmen Hijosa, who became shocked at the environmental impact of mass leather production and chemical tanning while consulting as an expert in the ‘90s. Knowing that PVC alternatives are not the solution because they’re often ecologically toxic to produce and dispose of, she turned to an unlikely source: pineapples. Often referred to as ‘pineapple leather’, this innovative material is made from the leaves of the fruit, which are traditionally discarded or burned. As they’re the by-product of existing agriculture, their use creates an additional income stream for rural farming communities in the Philippines. No chemicals on the Cradle to Cradle list of banned substances are involved in production, and the process is closed-loop because residual biomass is used as a natural fertiliser.

There are several variations of the textile, as well as new developments for naturally dyed and 100% natural versions without the synthetic coating that earlier versions used. A quick search of #MadeFromPiñatex unearths that it’s already been utilised by a host of fashion brands, including Artesano and TAIKKA, and has made a natural crossover into the world of interior design too — Tamasine Osher Design creates angular ‘Spider’ chairs using the fabric for upholstery, while 2LG Studio included it in a ‘Love/Work’ space. 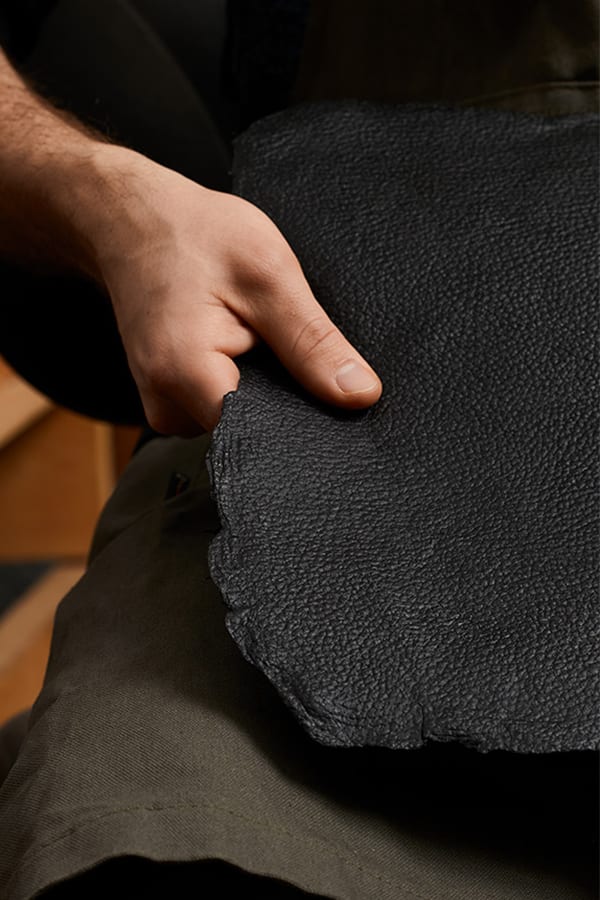 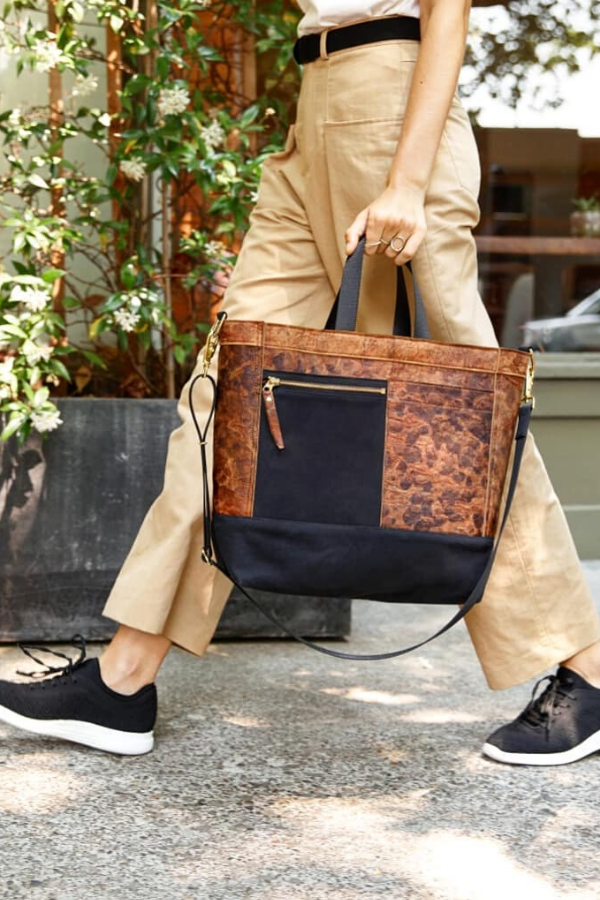 “We believe that answers to our most vexing problems can be found in nature,” says Bolt Threads, a California-based company founded by a bioengineer, a biophysicist, and a biochemist. Nine years after the trio joined forces to develop more sustainable materials, Mylo™ was born.

Reading up on this one left me wishing I’d paid more attention during science class, but here goes; Mylo™ starts with Mycelium, and Mycelium is the fungus mushrooms are made of. When harnessed as a technology, it can be used to create everything from a plant-based steak to the fabric in question. Bolt Threads’ team grows the cells on the beds of agricultural waste and byproducts before they then compress the interconnected 3D network. It’s finally tanned and dyed to create Mylo™. Though it looks and feels just like real leather thanks to the lab’s ability to control the shape and thickness, no animals are involved in the process. Compared to ‘pleather’ alternatives formed from polyurethane, it feels suppler and has the potential to biodegrade, too.

Notably, Bolt Threads collaborated with Stella McCartney to create a prototype of the pioneering English designer’s signature Falabella bag cut from Mylo™. It debuted at London’s Victoria & Albert Museum as part of the Fashioned from Nature exhibition, and since then the pairing have continued to work together. 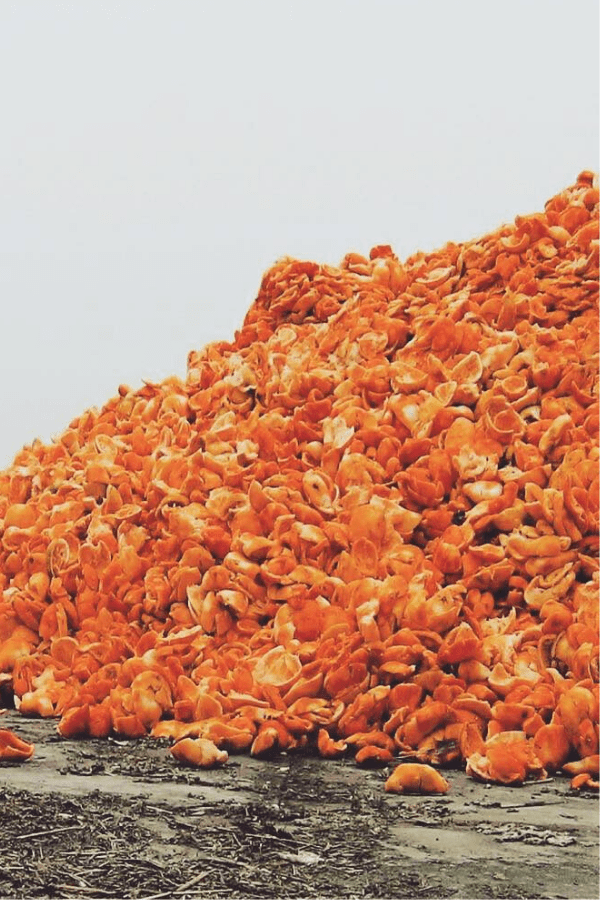 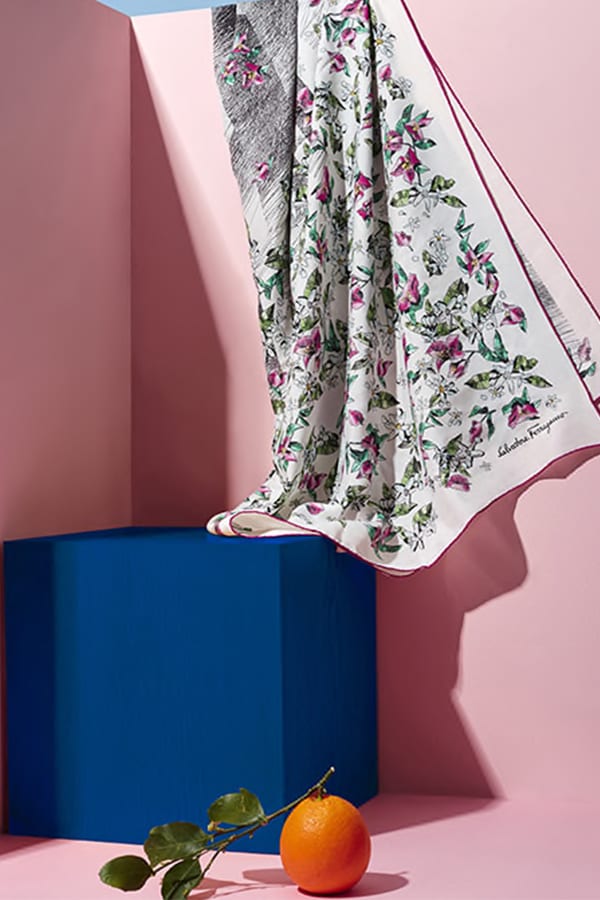 Orange Fiber is an exclusive fabric produced from hundreds of thousands of tons of citrus juice byproduct — the so-called ‘pastazzo’ that would otherwise go to waste. “Our fabrics are formed from a silk-like cellulose yarn that can blend with other materials,” says the brand, though even in its purest form the lightweight twill has a soft, draping feel. It can be tweaked to look opaque or shiny too, depending on production requirements.

Orange Fiber was founded in 2014 by Adriana Santanocito and Enrica Arena, who presented early prototypes at the Vogue Fashion Night Out in Milan that same year. Later in 2017, Italian luxury house Salvatore Ferragamo became the first major fashion company to use Orange Fiber fabrics in its collections, a move which paid homage to the eponymous founder’s passion for responsible innovation. The capsule was released to coincide with the 47th edition of Earth Day and model Karolina Kurkova took on the #GreenCarpetChallenge by wearing a floral dress woven with the citrus textile on the GCFA carpet.

Much like leather, alternatives to silk are in demand, particularly as awareness of the conventional fabric’s impact on the mental health of workers who spend hours pouring boiling water onto the cocoons rises. This cruelty-free alternative arguably makes for a silk that’s as ethical as it is beautiful. 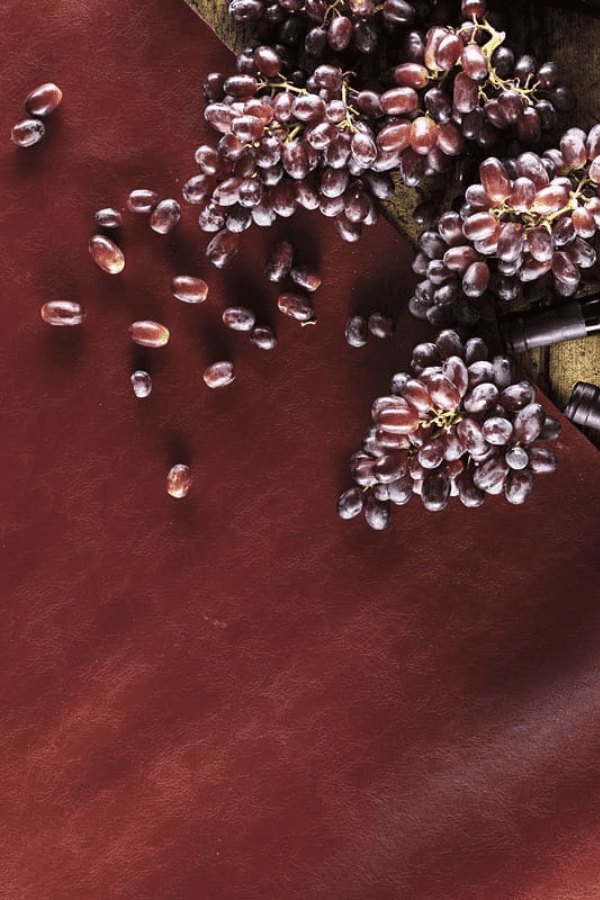 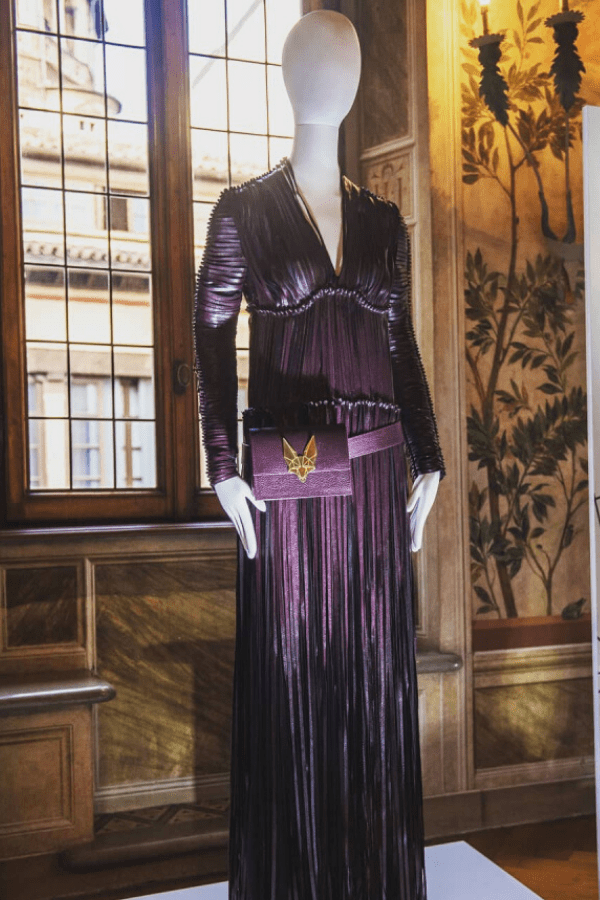 Together with environmental chemist Francesco Merlino, architect and furniture designer Gianpiero Tessitore founded Vegea in a bid to develop a more environmentally respectful, animal-free alternative to leather. After spending years researching the different characteristics of vegetable fibres and how they might be transformed into sustainable materials, they discovered that the grape skins, seeds and stalks discarded during wine production could be saved from going to waste and used to make a vegetal leather instead.  Also referred to as ‘wine leather’ or ‘grape leather’, the making of it doesn’t waste water and uses modified, existing machinery to transform what would otherwise create carbon dioxide when burnt. “By leveraging the use of renewable resources as an alternative to non-renewable fossil ones, our production processes are based on the exploitation of biomass and vegetable raw materials,” explains the company.

The material was used by Italian fashion designer and 2017 Green Carpet Fashion Award winner Tiziano Guardini to craft a deep purple gown as part of his first collection, as well as scooping the Global Change Award in the same year. 26 billion litres of wine are produced worldwide every year, so the potential to transform the waste in big quantities here is huge. 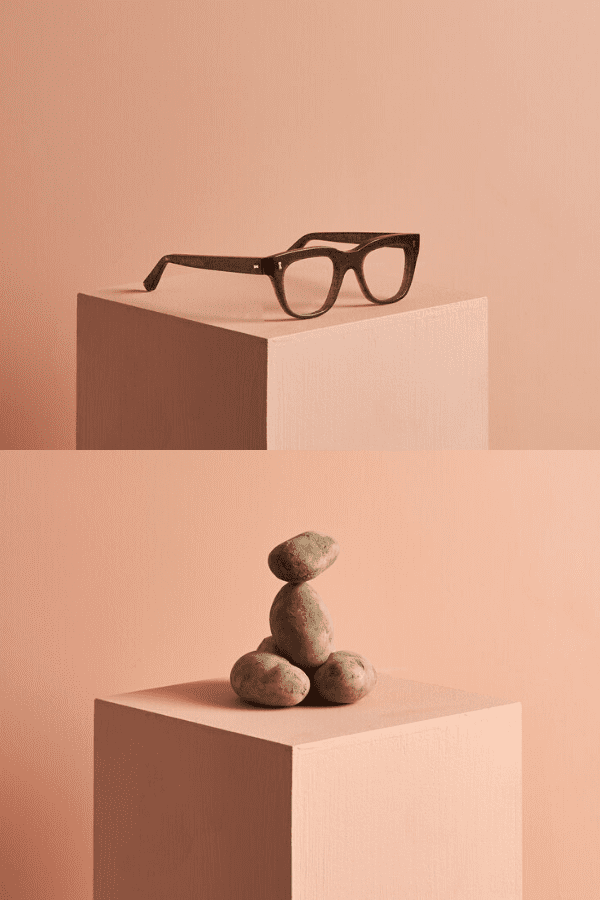 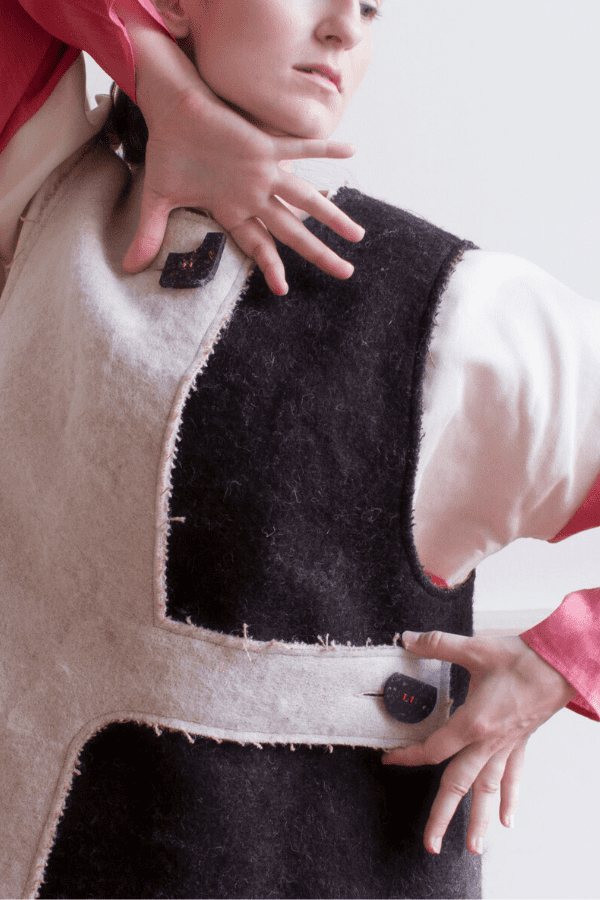 For a long time, uttering the words ‘eco-friendly fashion’ to people conjured up images of potato sack dresses. Thankfully that’s no longer the case, however Chip[s] Board® is actually developing innovative materials using potato waste. Testing has shown that the bioplastic is recyclable and biodegradable, and the process doesn’t involve the use of toxic resins or chemicals derived from oil.

The UK studio, co-founded by Kingston School of Art graduates Rowan Minkley and Rob Nicoll, participated in the Second Yield exhibit at the London Design Fair in 2019, which spotlighted some of the best biomaterials. It’s also worked with modern spectacle makers Cubitts on a prototype of frames, assembled using sheets of Parblex™. The glossy surface lends itself well to buttons too, providing a nice alternative to the commonly plastic-derived fastenings typically used in fashion.

Find out everything you need to know about real leather versus faux.

See how natural fabrics can be engineered to perform like synthetic materials.

Catch up on our takeaways from the Future Fabrics Expo 2019.

Can ​Artificial Intelligence Combat Oversupply and Minimise Deadstock in Fashion?
5 Steps for Building your Business’ Sustainability Strategy – and Getting Recognised for It
How to Motivate Your Teams While Working from Home
How to Offset Carbon in a Way That is Actually Sustainable