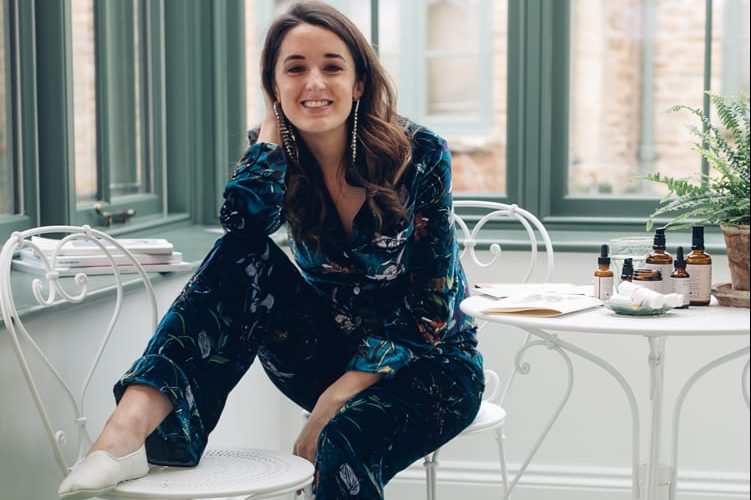 Situated in an idyllic manor and farm in the Cotswolds, the Thyme hotel’s eco-ethos runs from the fields of its garden farm all the way to the restaurant and spa. Rosanna Falconer takes a sustainable staycation to find out more.

The travel industry is changing pace, catching up with conscious living and embracing the new ethos by which the modern consumer wishes to holiday. For most hotels, this is a brave new initiative, perhaps pushed by the marketing team, or by a sustainability consultant. But then there are hotels like Thyme, where the concept was there from the very first guest, or more accurately, from the very first seed of an idea of its creation.

Set in the Cotswolds on a 150-acre farm through which the River Leach runs, it’s easy to see why founder Caryn Hibbert would cherish the area. Development of the hotel began in 2009 with the award-winning cookery school. This then expanded into the rejuvenation and renovation of the surrounding medieval agricultural buildings, which together form the hotel’s common areas and rooms today. At the heart of it all lies the kitchen garden and farm, which would explain the fact they gave been awarded the highest 3* rating from The Sustainable Restaurant Association for both environmental and social work, supporting community and local business. 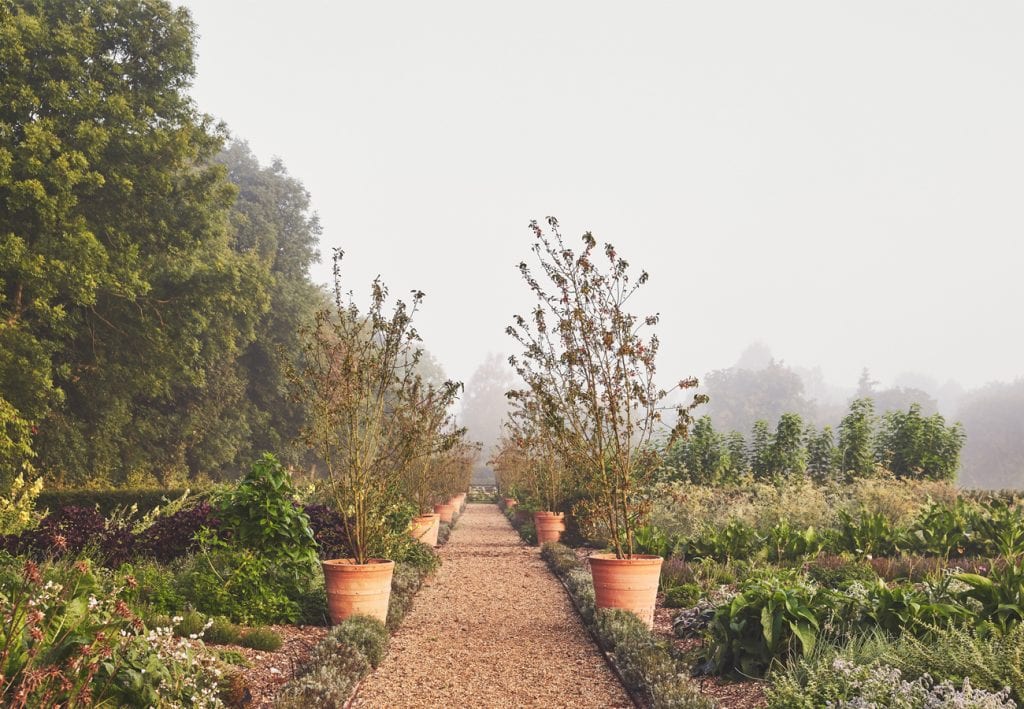 This was my first hotel experience where sustainability was as intrinsic to the brand as a welcoming reception or a decent breakfast. We take the latter for granted at all hotels, but an ethical approach needs to be of equal. Importance, just like it is at Thyme. All of the signs of excess that are typical of luxury hotels from room, from the lighting (always on!) to heating (tropical!) are approached here with the planet in mind, while not compromising on comfort. Instead, there is subtle but effective encouragement to turn out lights, keep towels and adjust heating.

Some aspects in my room caught my attention in particular: disposable slippers have been removed from all rooms, in an effort to move away from throw-away culture. Instead, they offer a discount on beautifully soft slippers made from offcuts of leather and available from the hotel boutique. And how about those tiny bottles of shampoo that make me squirm each time I see them, yet many hoteliers consider to be the height of luxury? At Thyme, delicious bar soaps are on offer, and all bottles are refilled each day. Even coffee pods in the room are plastic-free and fully compostable, made from plant-based fibres with rich coffee inside, produced using wind, sun and bio-gas energy (they even suggest guests leave both pods and tea bags in their room for farm compost). 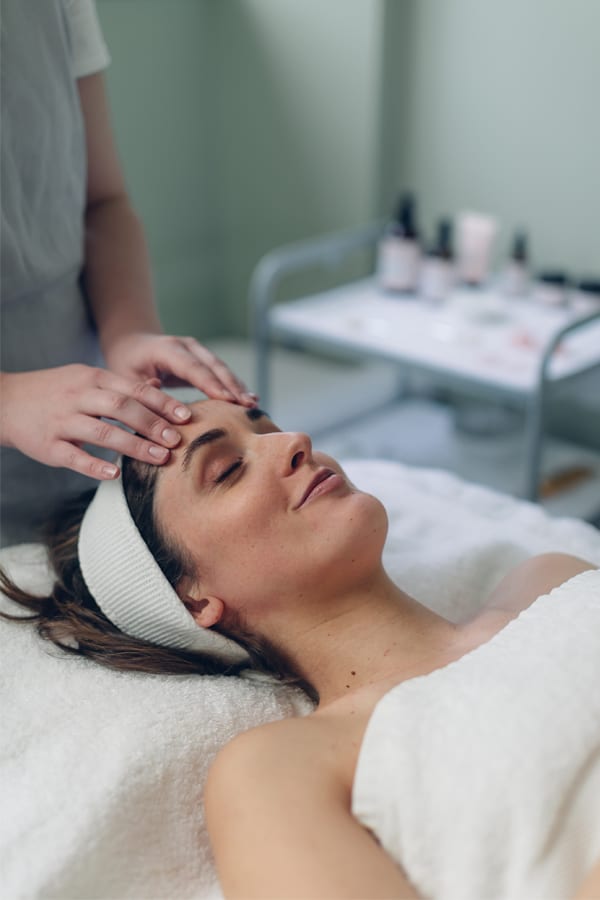 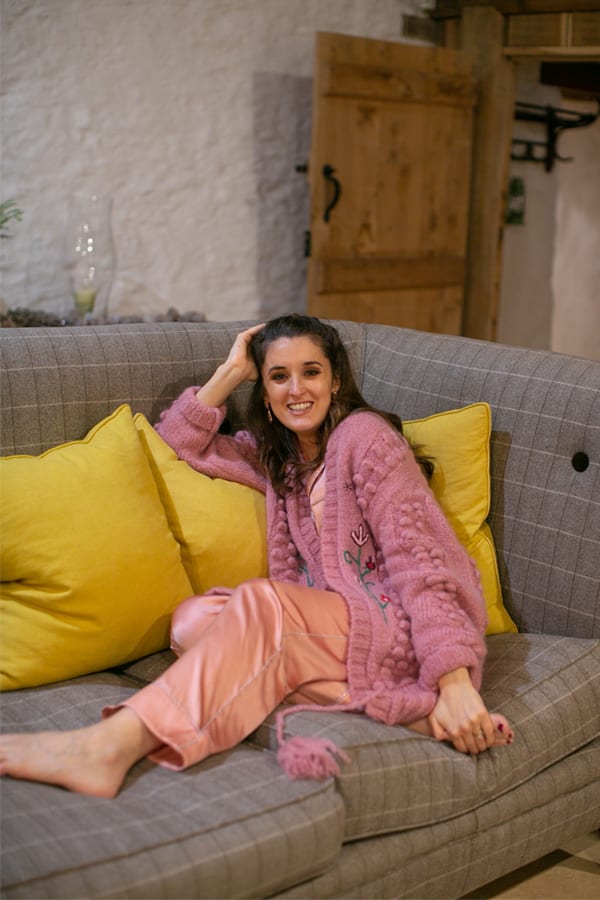 If you can tear yourself away from the feasts by open fire in the Ox Barn, the hotel’s Meadow Spa offers a bespoke beauty menu as impressive as the award-winning kitchen. Here, Thyme has teamed with pioneering British brand Aurelia Probiotic Skincare. Together they share an environmentally aware ethos: Aurelia champions BioOrganic natural botanicals over chemicals, all packaged in glass. Peace and beauty pervade the Greenhouse and Meadow Cottage where treatments take place, bathed in sunlight through the conservatory roof on the day I visited.

Unlike many of the more traditional hotels that rely on prestige and exuberant luxury to define their five-star status, Thyme’s intrinsic attention to sustainability gives it something much more special. From the interiors that could be clipped straight from a glossy magazine or an Instagrammer’s dream to the flawless seasonal food straight from the farm and explained with passion by the waiter, this is what the new generation of sustainably minded travellers are seeking. Here’s to others catching up.

Discover Rosanna Falconer’s take on what dressing sustainably means in 2020.

See our pick of the best sustainable staycations in the UK.