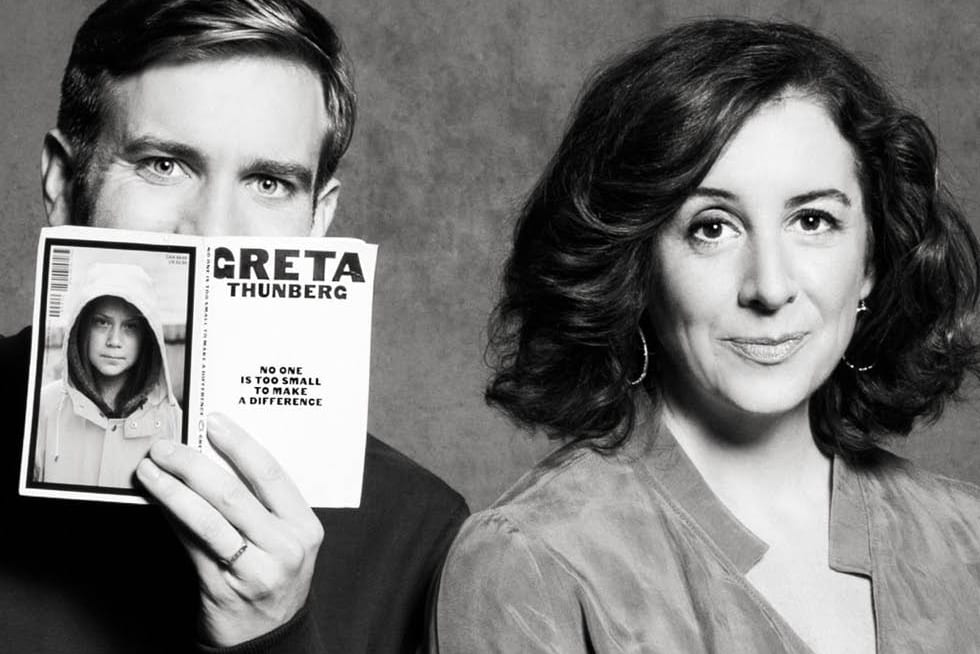 Tom Mustill on So Hot Right Now, #NatureNow and Working With David Attenborough

We speak to wildlife filmmaker Tom Mustill as he and co-host Lucy Siegle launch a timely podcast that is shaking up the climate conversation. Julia O’Driscoll finds out what’s So Hot Right Now.

“I don’t really have any concept of time anymore,” Tom Mustill tells me, as we catch up while he’s locking-down at home in East London. Although with fast-approaching deadlines for his upcoming book, the imminent launch of his new podcast co-hosted with Lucy Siegle, and news of his 2019 short film #NatureNow receiving two Webby Awards, it seems that Tom hasn’t stopped for weeks.

A podcast that changes the narrative around nature and climate reporting, Lucy and Tom’s timely launch of ‘So Hot Right Now’ is just what audiences want to hear at the moment. As individuals and communities start to shape a ‘new normal’, the pair learn how we can communicate better about these topics from some of the biggest names in the climate conversation including Sir David Attenborough, Christiana Figueres and Ellie Goulding.

How did you and Lucy come together to team up on ‘So Hot Right Now’?

Lucy and I first met basically to complain to each other! We’ve both been trying to get conservation and climate change stories onto big broadcasters to reach large audiences, and it was seen as a kind of fringe thing that’s really hard and complicated. Then suddenly, just as we were meeting to complain about that, everyone was talking about it and it felt like it had all changed. We were having these really interesting conversations and thought, if suddenly there’s going to be more access for reporting, what are the bottlenecks, what are the things that we can do to help? So the podcast was kind of born out of an idea to speak to people who are really good at climate and nature reporting, and get them to tell us what they’ve learnt so hopefully lots of other people could learn too. 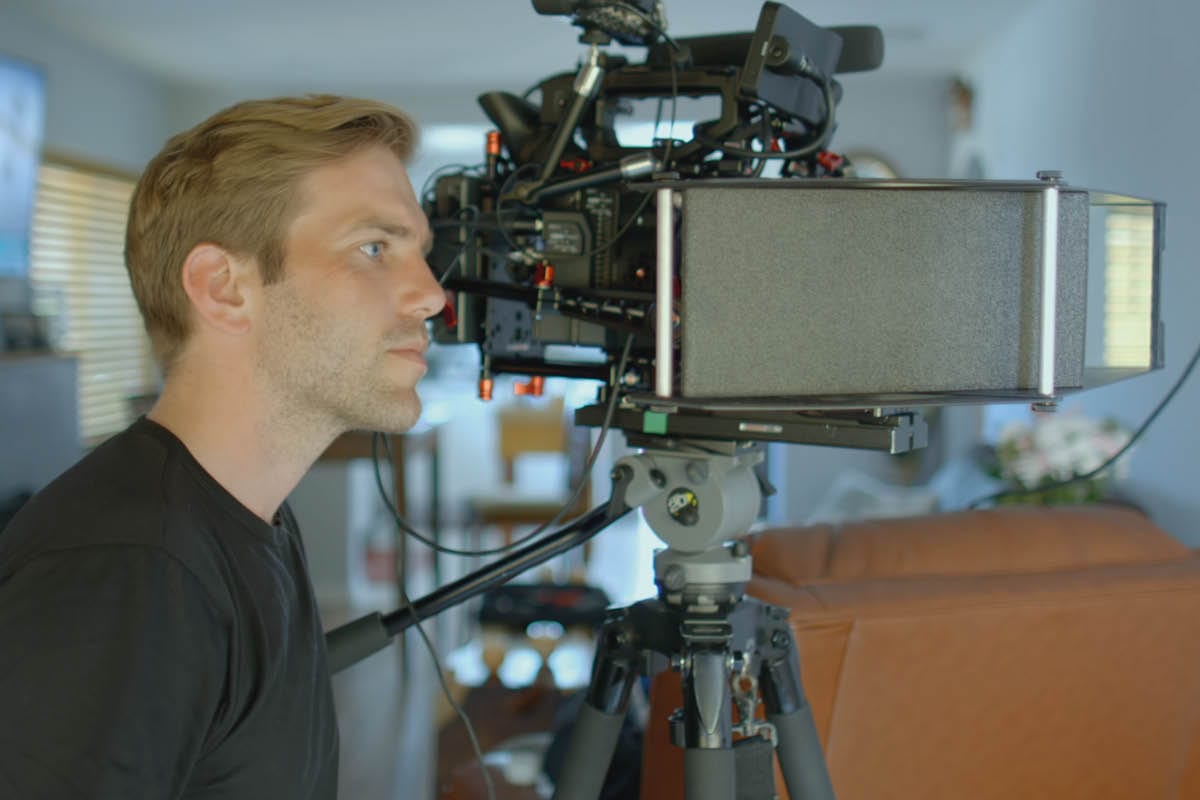 Had you always planned to launch it around this time?

Well, we wanted to do it as quickly as possible. Originally we wanted to get it out ahead of the COP – we’ve been talking about it since September last year. During the climate marches we really felt the dial was shifting. From conversations that had previously been hard to have with commissioning editors, suddenly there were people getting jobs like climate change correspondent. The Washington Post won the Pulitzer Prize for its climate reporting, and Greta Thunberg had her incredible moment in New York City – so it felt like everything was changing.

You spoke to some inspiring names, from Sir David Attenborough to Hugo Tagholm for the podcast. How was the experience of producing it?

Well, I think what was really surprising was that it’s been very emotional. There’s been a lot of laughing and at times some wet eyes, definitely. And I think that comes from a feeling of not feeling so alone. I’m sure you feel this too, sometimes you can feel such a tremendous responsibility trying to talk about this stuff, especially when it’s difficult. We spoke to Bill McKibben the other week and he was talking about receiving death threats, and people from oil and gas companies videoing him when he left his house. We talked to Krystal Two Bulls who’s an indigenous water protector, and she talked about facing down militarised security forces while trying to protect water and bring people’s attention to that. You know, you talk to Ellie Goulding and she talks about the amount of flak she gets on social media, and you realise that you’re not alone with this and other people are facing much more difficult things than you are with it.

Sometimes I’ve just been in awe of these people – like Christiana Figueres, it was like talking to a kind of wizard! The feeling is one of being part of a big, impressive community of heroic people. It’s really nice to get to know them and to talk to them as humans, because you’ve heard about them and you’ve read their words. To hear about their struggles, it makes you kind of realise that maybe, you know, you could do some of the stuff that they have done someday. 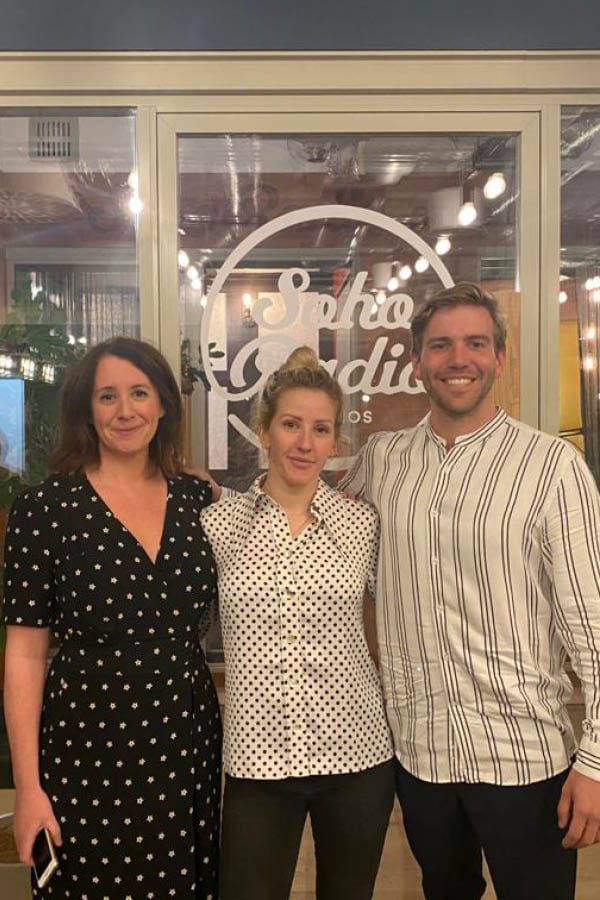 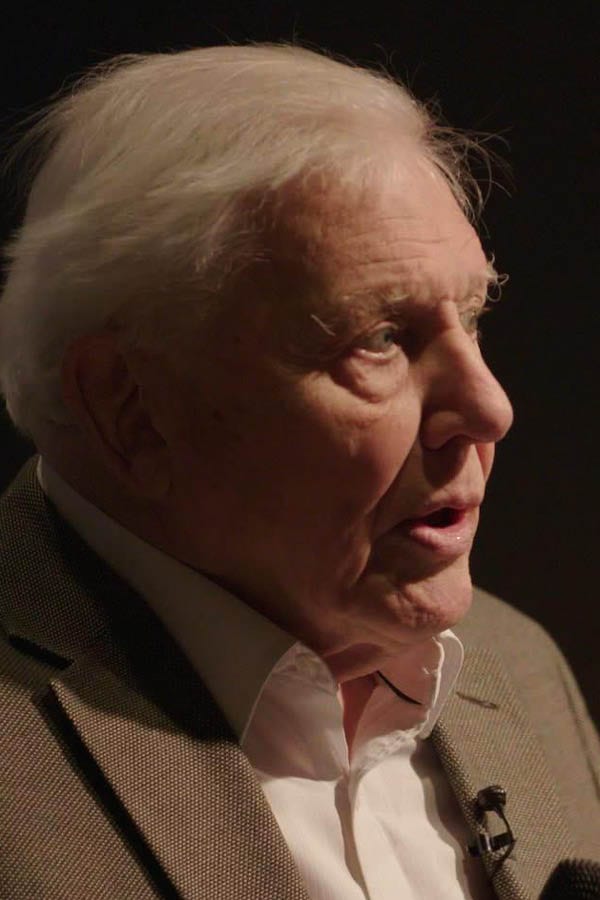 So you’ll be following in David Attenborough’s shoes in no time?

I think that would be impossible! It was wonderful talking to David Attenborough. As a child if I was ever ill off school, I’d watch ‘Life on Earth.’ I’d almost look forward to being ill because I could do that! His voice has been in my head for my whole education in natural history. I’ve been fortunate to work with him on a few projects but when you’re recording with him, you don’t get a chance to ask him advice. It was a chance to ask how to deal with this stuff, so that was a bit scary, but very exciting.

Your work and portfolio is very varied, from producing to directing, writing to now podcasting. Does it feel more appropriate to describe yourself and your work through the term activist?

I used to just describe myself with the words of my paycheck: director. But I think, like many wildlife film directors, you go out wanting to film stories about nature, and you become a kind of accidental war journalist because you go into these places and you’re seeing the scars. Aldo Leopold said that one of the things that happens if you have an ecological education is you live in a world of wounds because the more you know, the more you see the damage. I think it would be very weird to care about the natural world and not become some sort of activist seeing what’s happening to it. To just think it’s fine to record and that be it, or to not mention it when there is so much at stake, would feel like not being a documentary filmmaker.

You’ve just won two Webby Awards for #NatureNow, a short film featuring Greta Thunberg and Geroge Monbiot. Did you have any idea when you started this project what a success it would be?

I would have loved to have known it was going to be so successful! When I met George, he told me about natural climate solutions and I thought, ‘maybe we’ll just throw together a quick film’. We made it in the spare room of my house here, it was just people volunteering their time at first and then we got sponsorship. We wanted to have as small a carbon footprint as possible so we took the train to Sweden among other things – we knew that we were very lucky because Greta had such a high profile but we didn’t know if what we were doing would cut through. She was addressing the UN, she was addressing the Senate, she was leading the climate strike in New York City; would people care about a little video where she’s explaining the sort of technical solutions to climate change?

I think what’s really interesting is that we gave it away for free as a Creative Commons resource, and that meant it got viewed in all these crazy places that we weren’t expecting. It was crowd translated into 30 languages. We worked really hard to make sure it should be independent. The script was things that George and Greta had already said, I just compiled bits together and emailed them to make sure they were happy with it. I think because they’re talking directly to that authenticity, that feeling is genuine. Instead of having our own campaign, we tried to get in touch with everybody we could see who was already working on stuff like this. We were a bit inspired by Extinction Rebellion like that; rather than trying to do everything ourselves, we’d made a video tool and then just watched it go out into the world.

Working with Greta must have been inspiring – how do you view the role of youth activists in regards to climate justice?

I think that there’s no reason that young people shouldn’t have a voice, there’s an undeniable power in people who are disenfranchised asking for something that is outside of their own control. David Attenborough talked about this and a lot of the criticisms of people like Greta are a sort of ‘go back to school’ or ‘you’re not a scientist, I want to hear from a scientist’ – but a lot of the time they’re just asking people to listen to scientists. They haven’t come up with their own theories about climate change, they’re just pointing out how dumb it is that the grown-ups aren’t listening to their own theories, their own advice, their own experts. The first thing I wonder when I see someone being critical about someone speaking is: why does that upset you? How would you benefit if they stopped speaking? And sometimes people would benefit because they’d feel more comfortable about their lives and the decisions they make. And sometimes they would benefit because they’d make more money, because what those activists are doing is a threat to their business models. 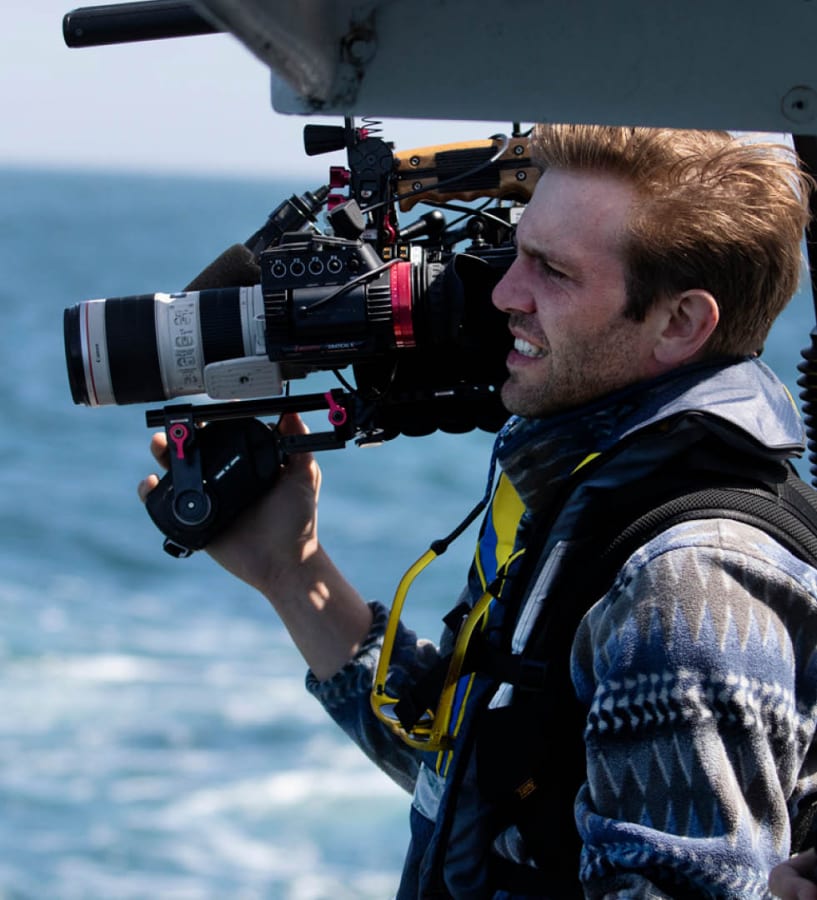 How do you navigate all the digital content out there?

I wish I knew! We asked Christiana Figueres about Donald Trump and all the noise that he generates, and she had a sort of zen approach: ‘You make a decision yourself on what you let into your mind.’ I think that is really important, to not think ‘I’m just going to automatically open this [news] app and let it all pour into me.’ You can choose what you interact with, and I think if you stop choosing, you start just being battered by all the information.

So how do you make sure your work cuts through all the noise?

There’s been such a democratisation of access. When I started making wildlife films, you needed to work for a big company that owned cameras and that had access and relationships to broadcasters. You needed to do a lot of work before you were trusted enough to get given one of those big cameras to make a film. Now this [Tom shows his phone] is better than the camera I was using on BBC Natural World a few years ago, and I can edit on it, I can upload a film to YouTube and hours later, people can be watching it. And that’s the same for many people; if you’ve got a smartphone, you have a platform. So I think to cut through, you need to have something to say. Before you had to do your time, and now you have to know why you’re trying to broadcast.

Other than ‘So Hot Right Now’ of course, what content would you recommend to readers and viewers at the moment?

On nature and climate, I really like Emily Atkin’s newsletter Heated – it’s for people who are pissed off about climate change. And then Bill McKibben every week from The New Yorker rounds up all the climate stories. And that’s really, really helpful because there are so many of them. For light relief, I’m reading The Overstory by Richard Powers. And I just love the TV programme Succession –  I was intensely bored by Normal People!

Read our interview with Andrea Walji, the producer of #NatureNow.

Need to tune into something inspiring? Check out our favourite podcasts for active citizens.

Andrea Walji on Conservation, Environmentalism and Greta Thunberg
Can We Offset Our Carbon Guilt?
Andrés Acosta: The Story Behind My Sustainable Look For The GCFA, Italia 2020
Life As I Know It: Aditi Mayer