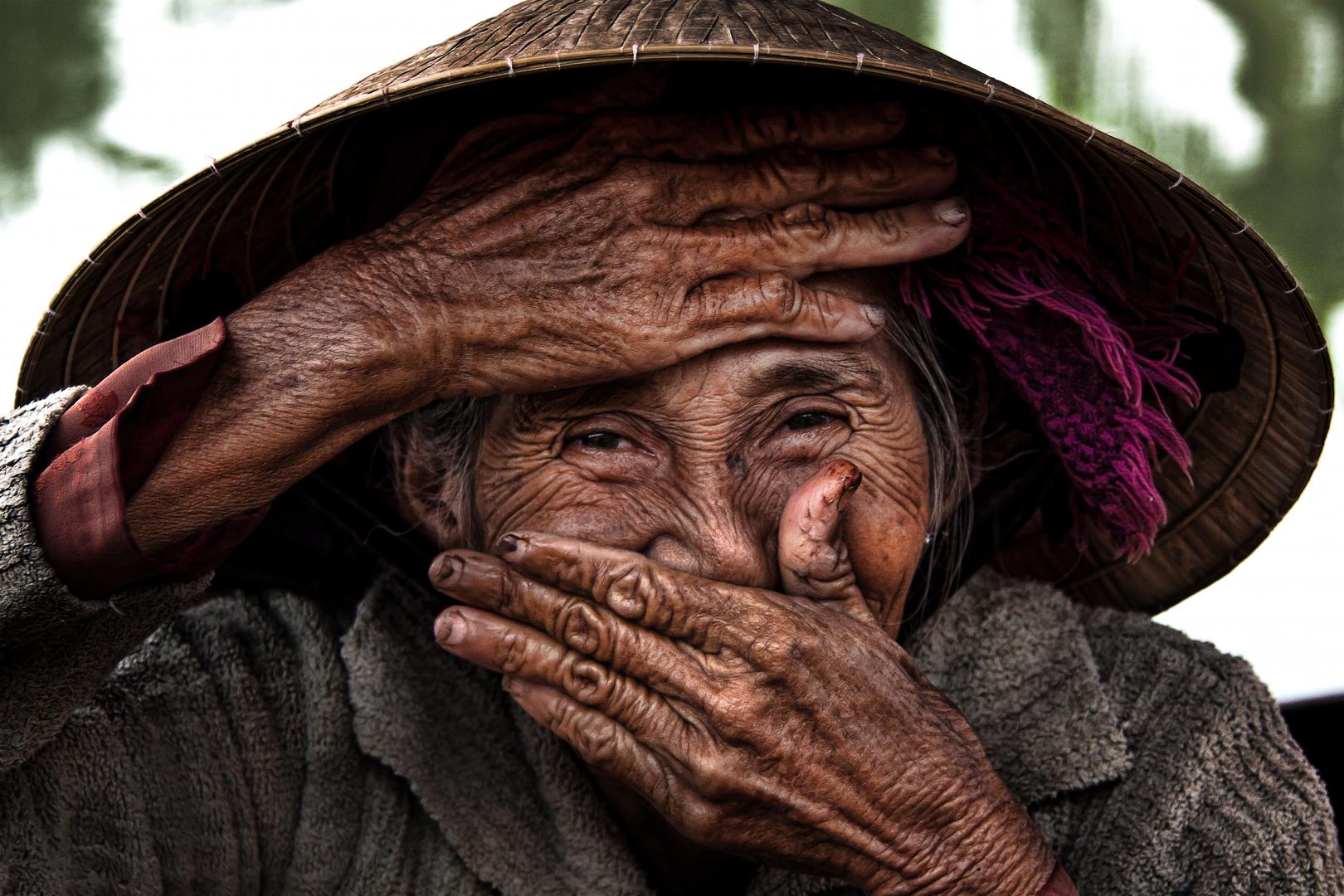 Photographer and journalist Graeme Green speaks to fellow photographer Réhahn about how beauty is ageless and comes from within, and the inspiration behind his Ageless Beauty project – a series of portraits of older people he has met on his travels across Vietnam.

“Photographers see beauty in a different way than most people,” French photographer Réhahn says. “When I look through my lens, what attracts my attention is less about physical ‘beauty’ and more about the spirit of the person. I look for sparkling eyes, smiles… That’s why I loved photographing Madam Xong (pictured above). It’s impossible not to smile when I’m around her. She has an inner joy that’s contagious.”

Madam Xong is one of Réhahn’s most popular portraits. She appeared on the cover of his photography book Vietnam: Mosaic of Contrasts, and a copy of her picture was recently presented to France’s president Emmanuel Macron. She’s also the original inspiration for Réhahn’s Ageless Beauty project, featuring portraits of older people he has met and photographed in his travels across Vietnam. 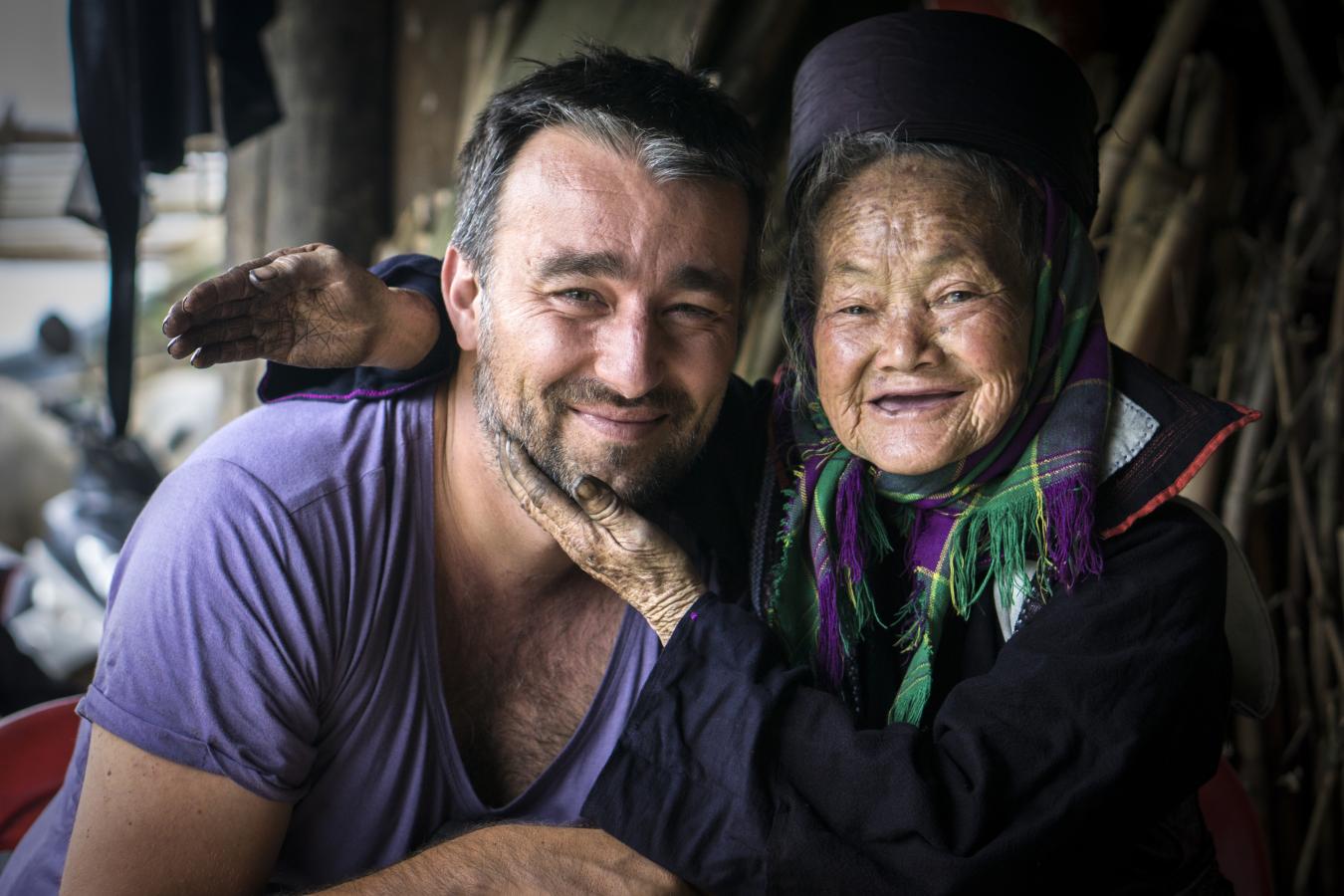 “Ageless Beauty began four years ago when my Hidden Smile photograph of Madame Xong entered the permanent collection of the Women’s Museum in Hanoi,” the travel photographer explains. “The face of this beautiful, elderly woman with so much emotion in her eyes sparked something in those who viewed her. Madam Xong has graced the pages of hundreds of international magazines, newspapers and websites at this point. It made me realize how many people were concerned by ‘age’ and how many people were hungry for a different definition of what ‘beauty’ might mean.”

“I believe the concept of ‘ageless beauty’ is something that’s important to discuss right now,” he continues. “People are obsessed with the beauty of youth but there are so many other forms of beauty that should also be valued.” 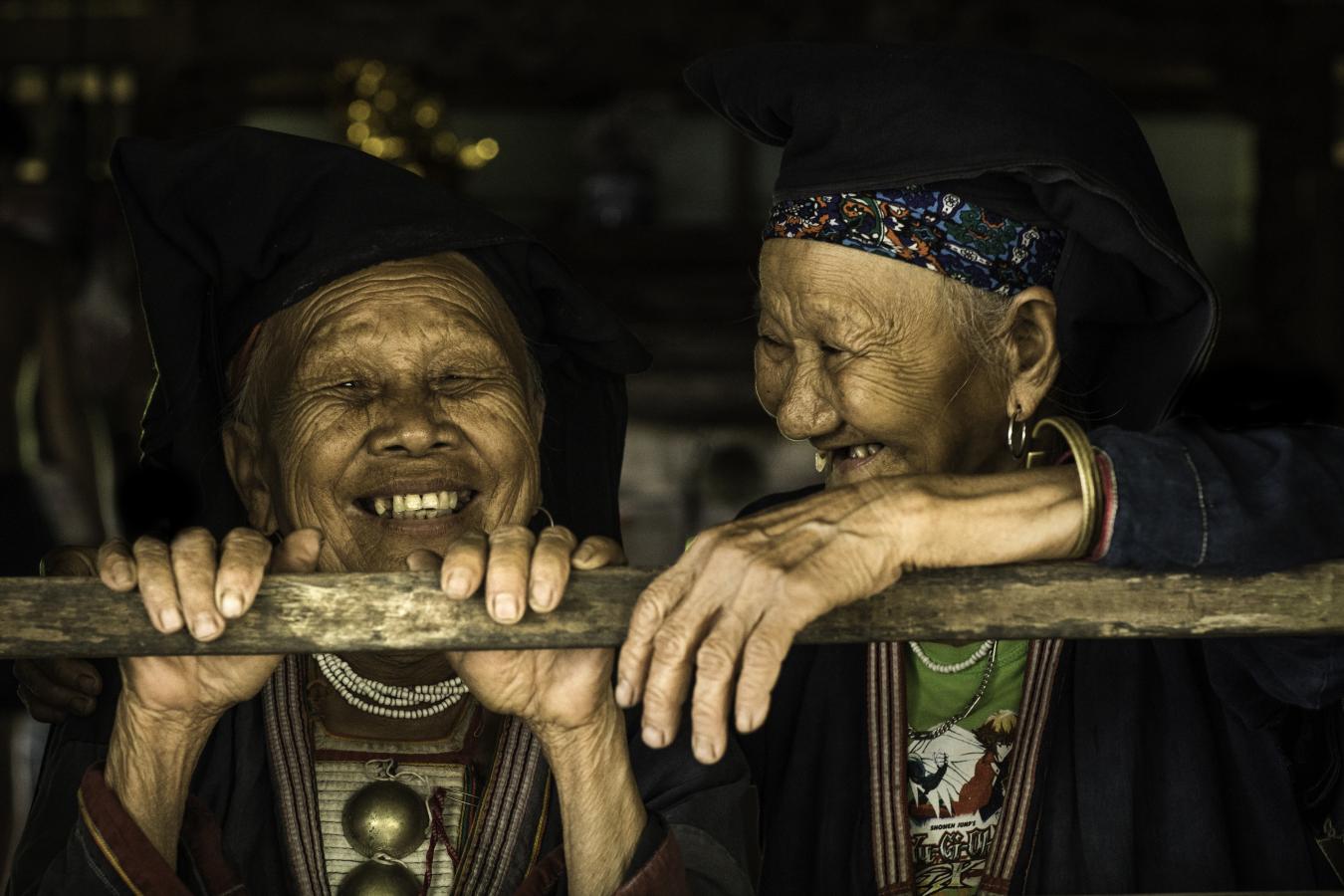 Réhahn is originally from Bayeux in the French region of Normandy, but he has been living in Hoi An on Vietnam’s coast since 2011. Operating only by his first name and known as ‘the photographer who captures the soul’ of his subjects’, he’s a previous winner of the Los Angeles Times’ summer photography competition. His work has appeared in publications from National Geographic and Conde Nast Traveller to the BBC. Inspired by master photographers such as Steve McCurry and Sebastião Salgado, he is now one of the most successful photographers working in Asia, with nearly half a million Facebook followers and three popular photography books to his name.

In Hoi An, he owns and runs the Precious Heritage Art Gallery Museum – a free cultural arts space dedicated to Vietnam’s ethnic groups and containing Réhahn’s photography, tribal clothing and other artefacts. The gallery goes hand-in-hand with his ambitious eight-year mission to find and photograph all 54 of Vietnam’s tribes. He recently found and photographed some of the final ethnic groups, with just one more to secure permits for, his project set to finally be completed in 2019. “Probably this passion for photographing older people developed since I started the Precious Heritage project, documenting the 54 ethnic groups of Vietnam in their traditional costumes,” he says. “Only elders still wear these traditional costumes, so when I enter a village, I have to look for them if I want to see and learn about these ancient cultures.” 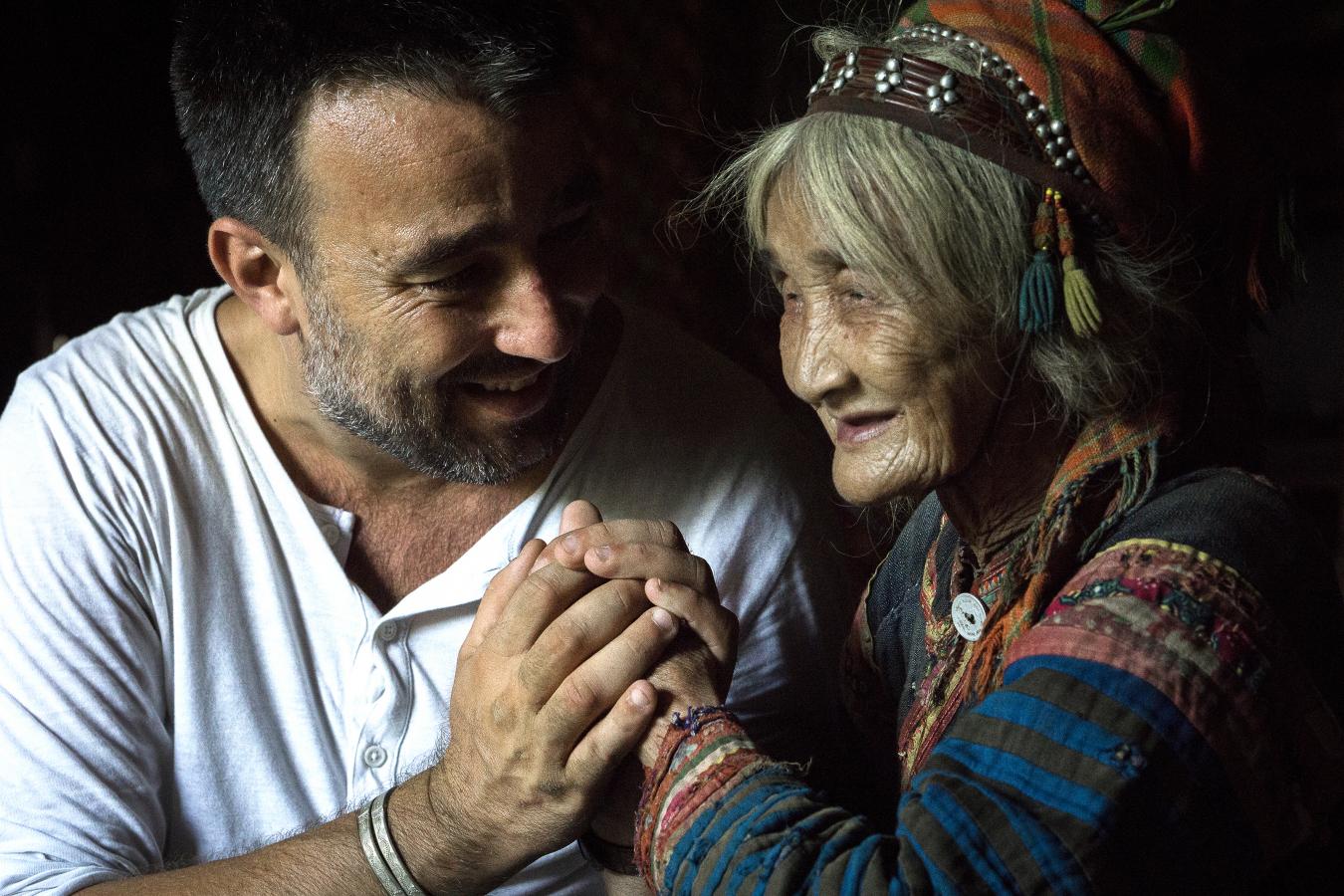 Ageless Beauty contains photos from Réhahn’s travels across Vietnam and from his adopted home city of Hoi An. ‘Beauty’ is often too narrowly defined, Réhahn believes, with youth and youthfulness all-important across advertising, fashion magazines and film, used to sell products to young consumers. “I think people are capable of having a much broader idea of what beauty means than what the press often portrays. This is especially true when it comes to female beauty. For whatever reason, men seem to be allowed to age to a certain extent in Western ideals but women have much more pressure to stay young.”

“In Vietnam, the only major difference I see in the general population’s idea of beauty is the obsession with skin lightening,” he goes on. “In many parts of Asia, white skin is considered to be more beautiful than tanned skin. In the West, tanning is associated with health and leisure, while in Vietnam it’s often quite the opposite. Otherwise, the mainstream idea of ‘beauty’ is largely the same worldwide.” 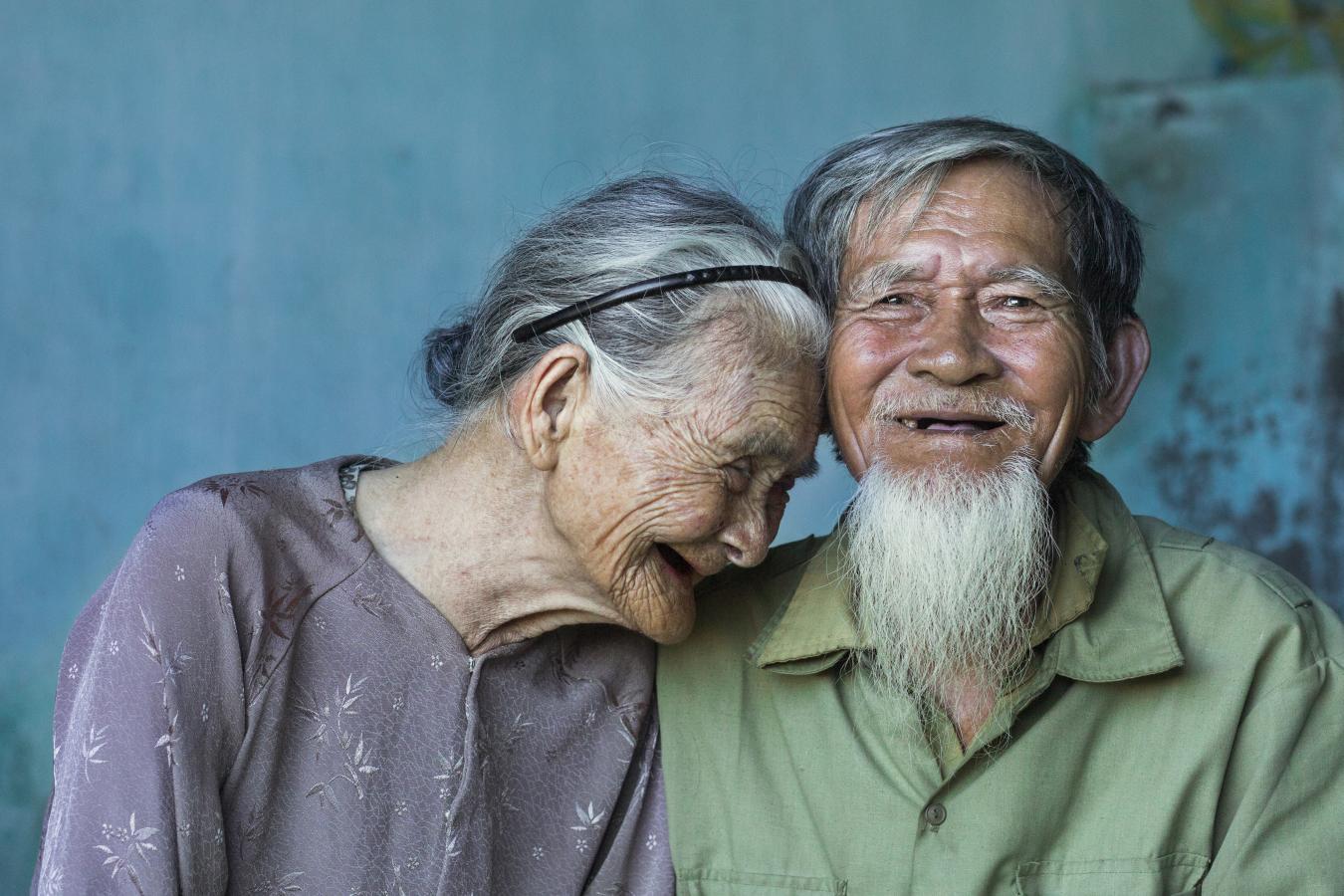 Several of Vietnam’s tribal groups Réhahn has met have their own concepts and customs when it comes to beauty. “In the ethnic communities of Vietnam, there are some interesting beauty traditions, such as the Brau and the Xtieng ethnic groups who stretch their ears with heavy earrings. Another tribe files down their four front teeth as a rite of passage into adulthood.”

Even in remote tribes, the belief that beauty is intrinsically linked to youth is so strong that many of the people Réhahn meets think he’s crazy to want to photograph them. “I’ve had many encounters with older people who’ve been surprised that I’m interested in taking their photo,” he says. “Many of my subjects joke about being ugly or not worthy of a photograph, but they don’t seem to take it seriously. I feel like they accept their age and don’t worry too much about not being young anymore.” 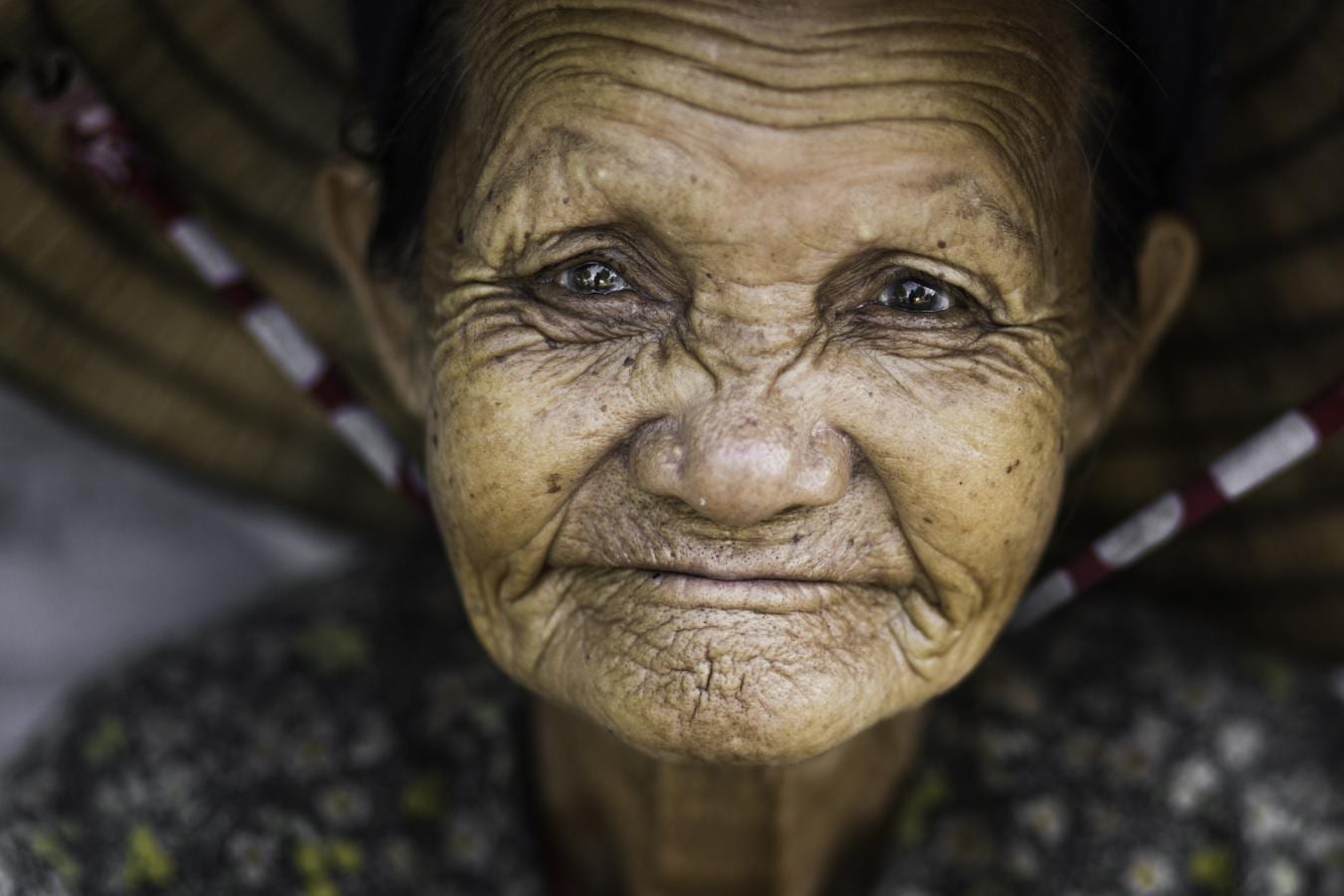 So far, the Ageless Beauty project only features photos from Vietnam. But Réhahn is considering expanding the idea to include his pictures from many of the other countries where he likes to work, such as Cuba, India and Malaysia, as well as possible future adventures in Bhutan, Mongolia and beyond. He might in future also put together an Ageless Beauty book. “I’m interested in photographing all types of faces,” he tells me. “I do also have many photographs of young people and children, but I have a big passion for elders and their wrinkles. What I find interesting are the stories of the people in the portraits. If there is no story, then I’m not interested in simply shooting another pretty picture. I strive to always reveal something in my work, whether it is a view into a culture, a lifestyle, a place or simply an emotion. This is what drives me.”

For more on Réhahn’s Ageless Beauty and Precious Heritage projects, his museums or for prints of his work, visit rehahnphotographer.com. Réhahn’s books include Vietnam: Mosaic of Contrasts (Vol 1 and 2) and The Collection: 10 years of photography. Follow him on Facebook and Instagram.