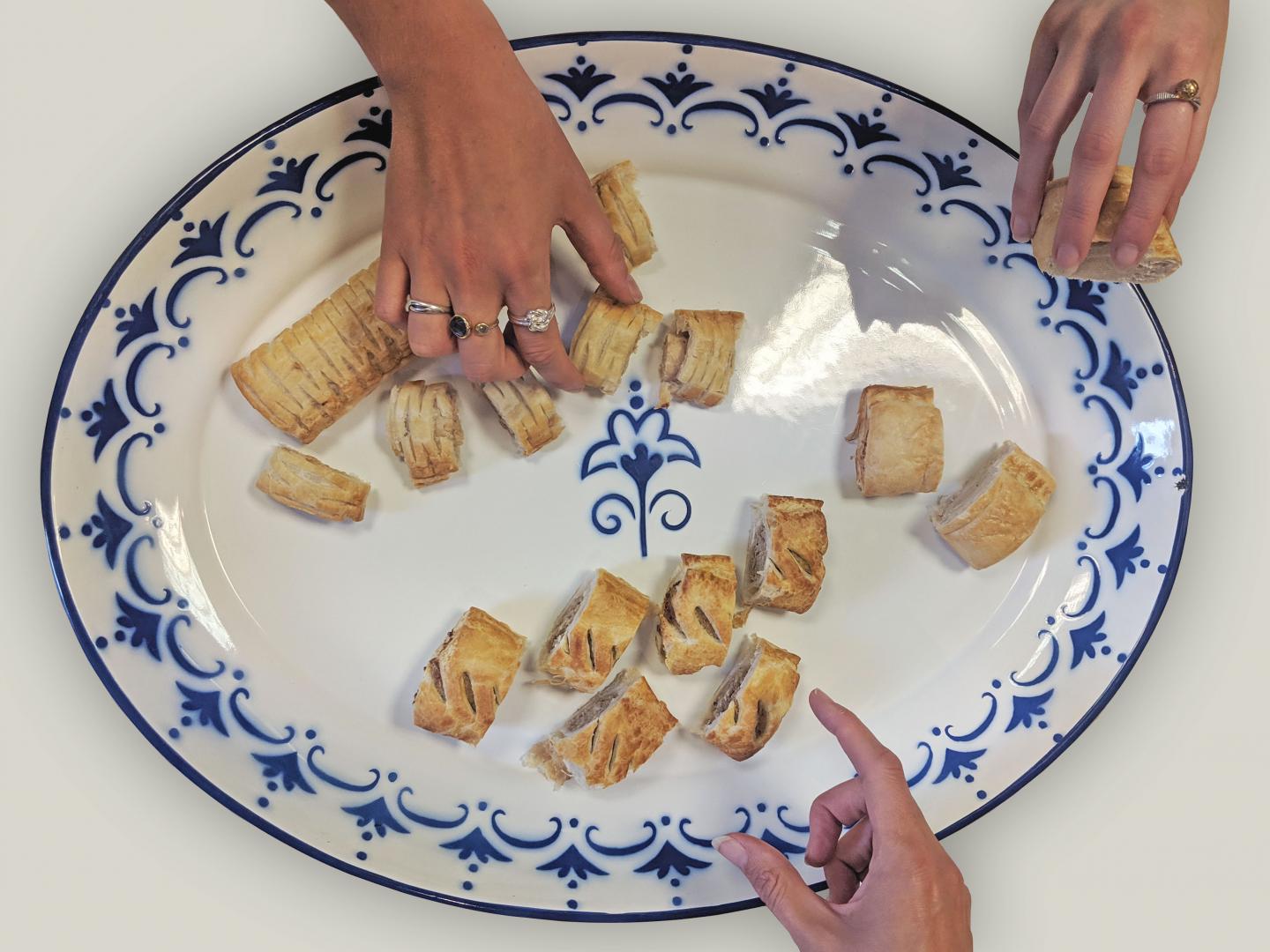 In the first of our Tried & Tested series, the Eco-Age team put meat-free sausage rolls to the taste-test.

No children’s party, picnic basket or hotel wedding buffet is complete without a deliciously beige platter of sausage rolls. But if you’ve adopted a plant-based diet, as many people have in the last 5 years, you’ll have no doubt had to face up to the reality of these pastry-cased delights suddenly becoming off limits.

That all changed in January when the much-loved highstreet baker Greggs launched its vegan sausage roll, sparking a trend with big brands soon following suit. Piers Morgan’s outspoken disapproval of the product seems only to have helped fuel its ensuing success, with Greggs’ first-half profits boosting by 58% on 2018’s figures.

As parliament has been busy debating whether the terms ‘sausage’ and ‘burger’ are misleading when referring to meat-free alternatives, the Eco-Age team has busied itself with a much more pressing issue: which vegan or vegetarian roll ranks top in the meat-free sausage stakes? Let the judging commence!

Three vegans, one vegetarian and one poor-excuse-for-a-vegetarian tested five brands, judging the products on various criteria including taste, packing and the Piers Morgan test – a.k.a. would you know the difference. Although editor Kelly claims her vegan sausage rolls would give Jamie Oliver’s a run for their money, we decided not to include them in the judging process but have included the recipe below, if you want to try them yourself at home.

Disclaimer: despite visiting four shops (including a superstore), we were unable to acquire a packet of Tesco’s meat-free sausage rolls in time for the tournament. We will keep you updated when said rolls have been acquired and tested.

Despite an impressive 4.2 average rating by Sainsbury’s customers, one unimpressed individual said “even the dog would not eat it.” We were intrigued to try the Fry family’s creation. 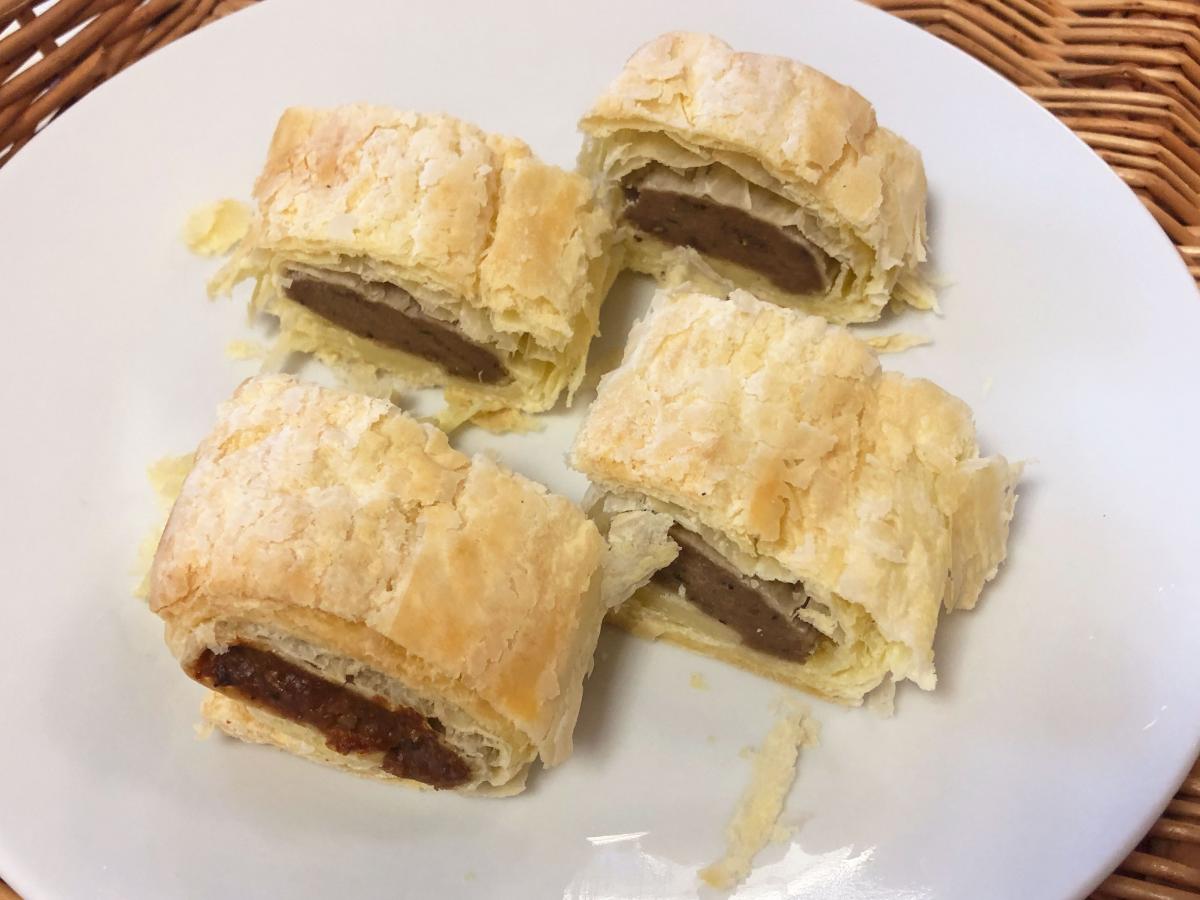 Sophie: Meaty flavour but very dense and kind of sticks your mouth together.

Liz: Intense but surprisingly good. This is definitely one which tastes less like a cardboard cutout of a sausage roll.

Sophie: Probably could pass for a basic sausage roll – maybe a value one…

Kelly: Not sure this one would win over Piers due to the texture of the ‘sausage’, but a gallant effort from Fry’s to get a meaty taste.

Liz: It’s a close one, but I think the flabby pastry would alert Piers’s spidey sense to the true nature of this ‘sausage’ roll.

Marks & Spencer is “rather proud of our vegan sausage roll,” each of which has 81 layers of “light, flaky, dairy-free puff pastry.” Because 80 layers just wouldn’t be enough. 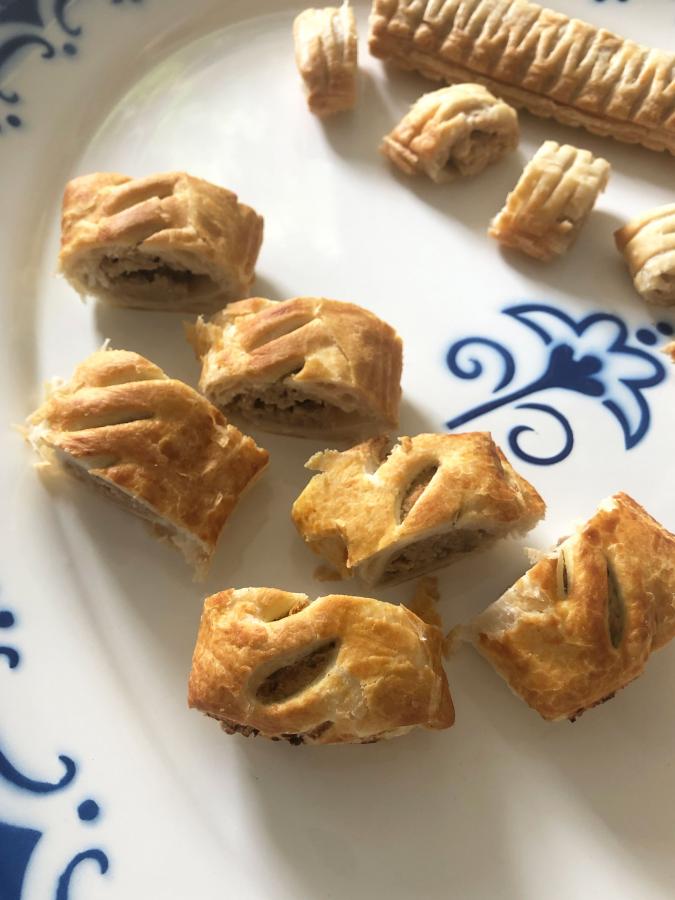 Julia: Not bad – recyclable cardboard, but a shame about the plastic film window.

Lori: Could do better as no information provided about disposing of the plastic film.

Lori: Good pastry but too much of it.

Kelly: A bit too thick, not flaky enough.

Sophie: The flavour is quite mild, perhaps not seasoned enough.

Kelly: It didn’t taste true to a sausage roll.

Sophie:  I’m not sure these would pass with meat-eaters.

Liz: It’s nice you made the effort M&S, but there are definitely some simple things which could be improved.

As we struggled to locate the vegan Tesco rolls, we settled on a Quorn sausage roll for the vegetarians as a substitute. Despite a 4.75 average rating by Sainsbury’s customers, our taste testers were less than impressed. 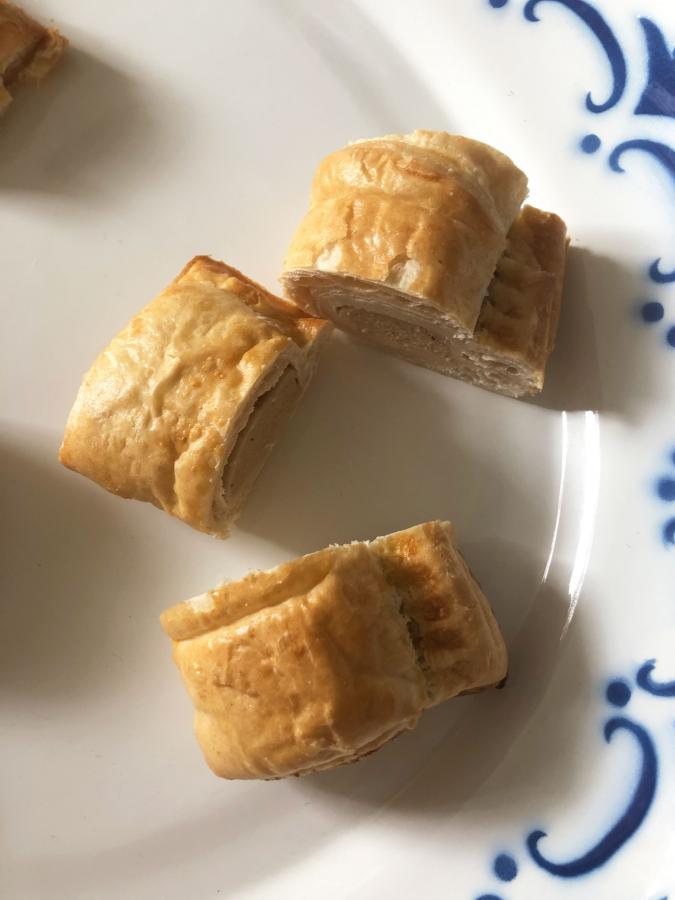 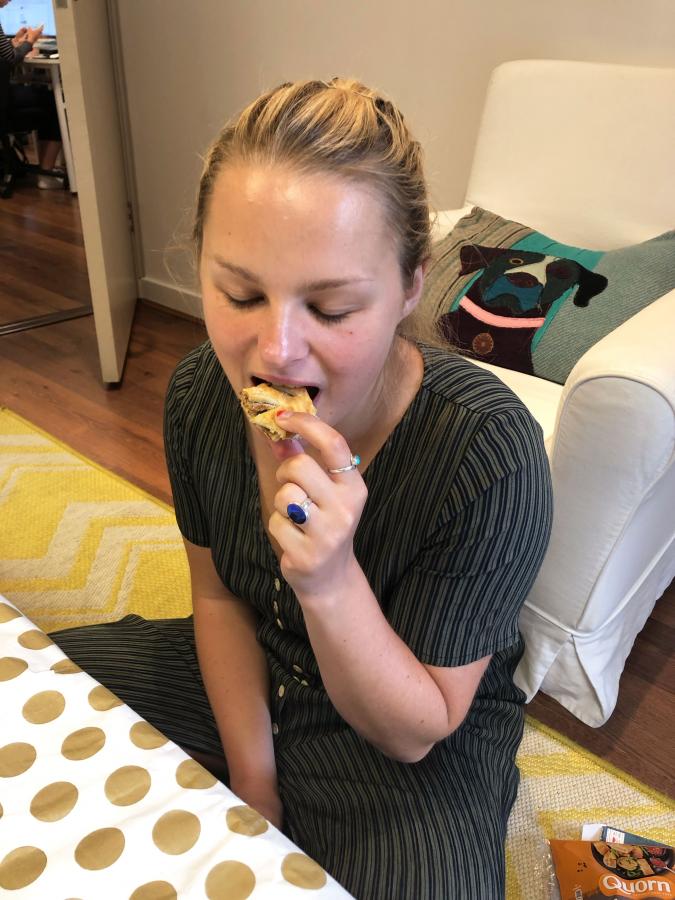 Julia: Poor! So much plastic.

Liz: Plastic outside, plastic inside. Completely unnecessary! Why Quorn, why?

Julia:  Seemed undercooked and undelicious. Perhaps would have been better had we cooked.

Liz: Still a little too thick for my liking – although if you like your sausage roll consumption to include a complimentary jaw workout then this is the one for you. There was also this weird inner layer of stodge encircling the sausage inside.

Julia: Not very tasty. Quite bland and very much in need of condiment to spice it up.

Liz: A little better than the M&S rival – I could actually taste where the pastry ended and the ‘sausage’ began.

Julia: Sadly, this roll would more likely prove Piers’ point that imitations don’t have a patch on the original.

Liz: Sorry Quorn, there’s no chance Piers would believe this was a ‘real’ sausage roll.

Customers say “These are absolutely divine” and that they were “pleasantly surprised”, but half of those reviewing noted these were a little dry. 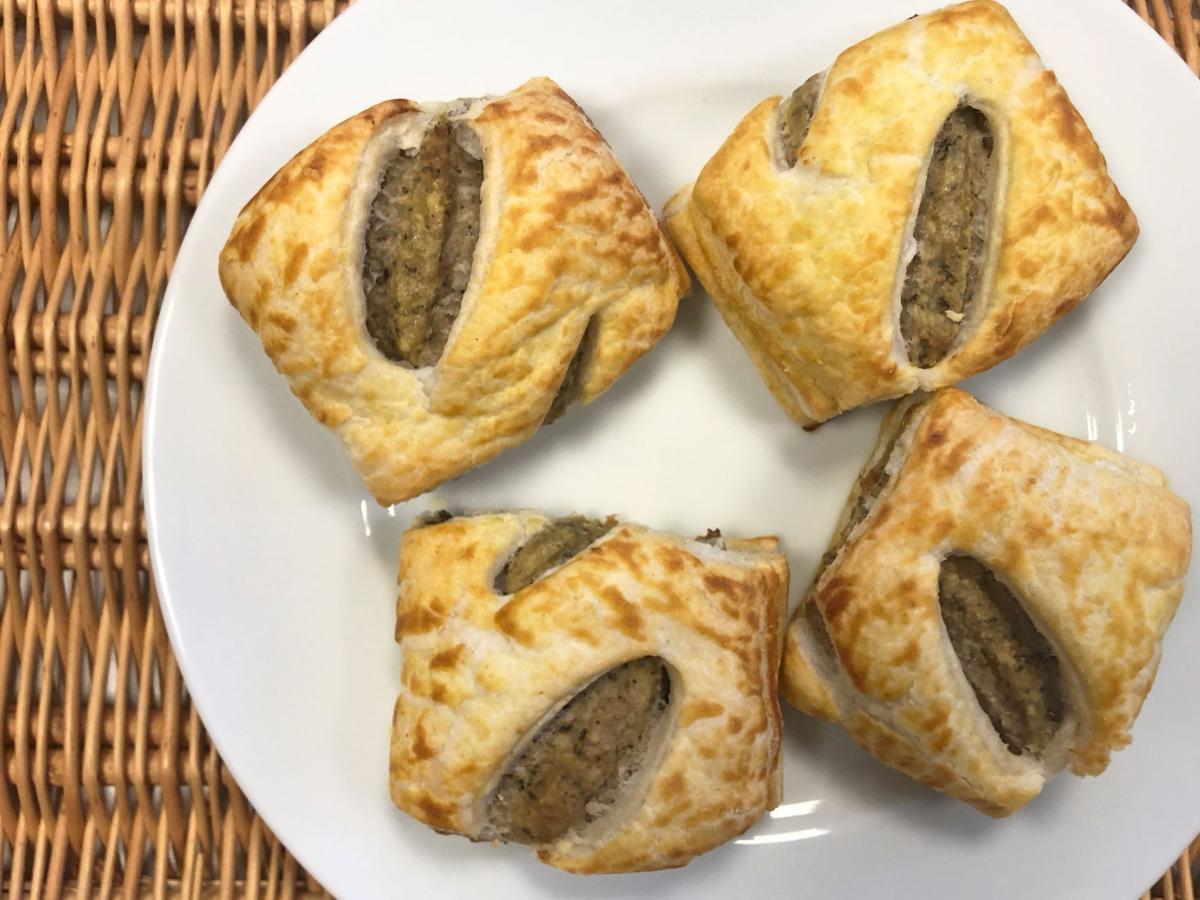 Liz: Cardboard box = good Waitrose, plastic window = not so good Waitrose. Do the rolls really need to see out into the big wide world that badly?

Sophie: At least the cardboard is super easy to recycle.

Kelly: A bit dry and too thick.

Kelly: OK – not very sausage-like and could have more overall flavour.

Liz: I like my sausage rolls to taste like sausage rolls, not slightly foisty vegetables… says the vegetarian (yes, I’m aware of the irony!)

Sophie: these taste the most vegan and so probably wouldn’t fool the average meat-eater.

The sausage roll that started it all off. Greggs says it launched the product following “following strong consumer demand, including a petition by PETA last year, which was signed by more than 20,000 people.” 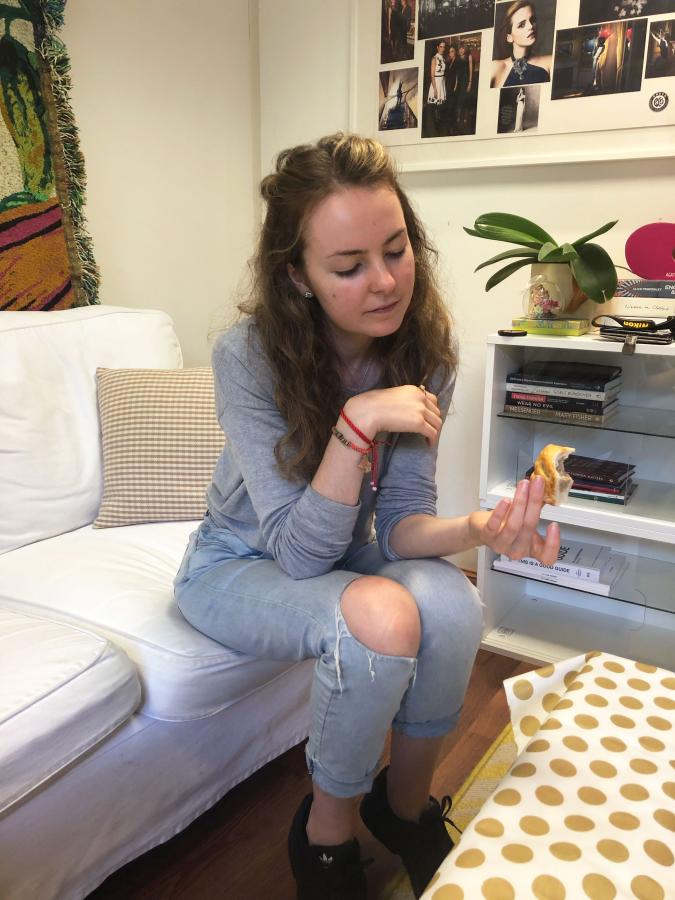 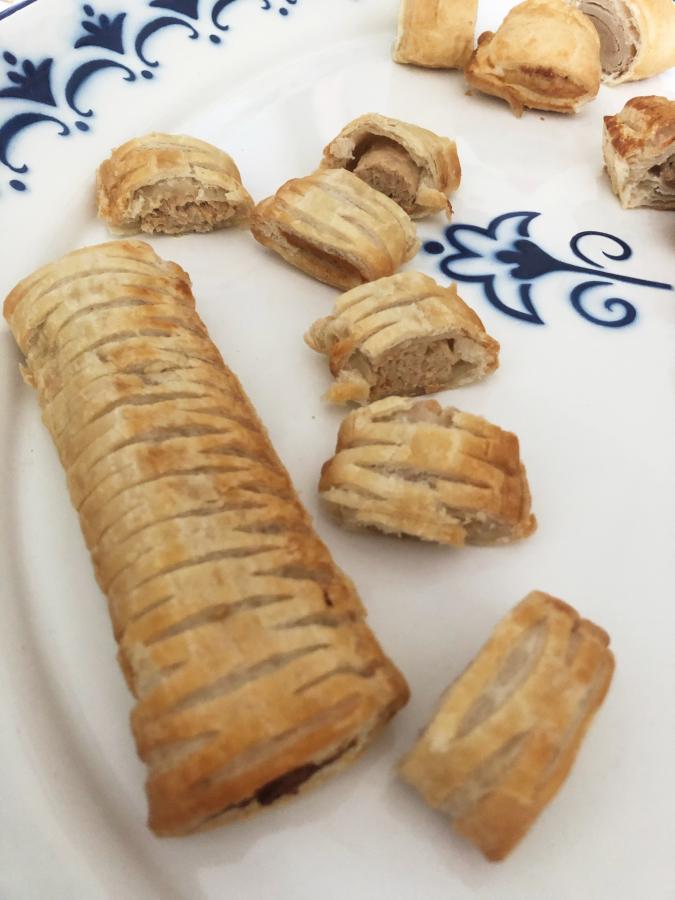 Kelly: Big thumbs up – package free if you take your own or Greggs’ paper bag can be recycled.

Liz: Flakey perfection. Light, airy and easy on the tastebuds.

Sophie: Realistically meaty, one of the most impressive fake meats I’ve tried.

Kelly: Exactly how I remember a Greggs sausage roll.

Sophie: I reckon you’d find it difficult to tell this apart from a real sausage roll

Lori: By far the best sausage roll I’ve ever eaten (so far). It’s so great to be able to pick something up when I’m out and about that is convenient, vegan and doesn’t break the bank!

Sophie: I really love how the vegan option is the same as the regular, makes plant-based very accessible and will hopefully encourage more people to choose.

So there you have it – the sausage roll that started the trend reigns supreme for our testers. Think you could do better? Kelly does – try your hand at her recipe and impress your summer party guests.

How to make your own vegan sausage rolls

Plant-based mylk (I use oat) for brushing 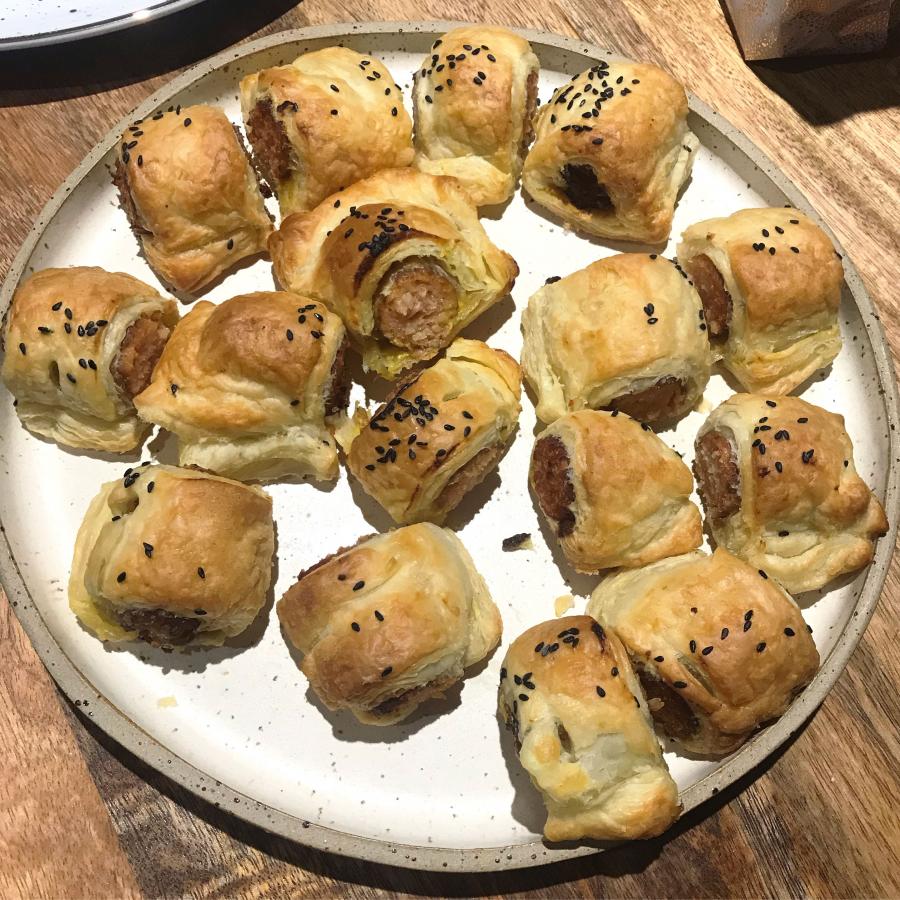 Read our sustainable barbecue guide and serve up charred asparagus, herby gem lettuce and coffee and almond popsicle for a delightful plant-based menu.

Find out how to have a low-waste picnic and pack your hamper with homemade snacks.

Check out which dairy-free milk is the best alternative and have a go at making your own.