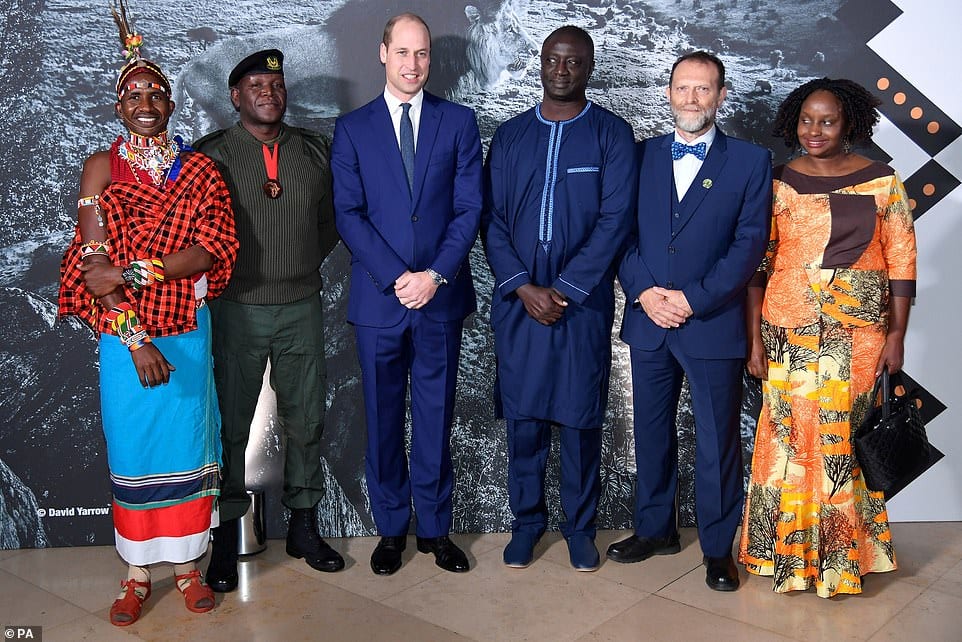 The annual Tusk Awards for Conservation in Africa saw royalty and rangers alike unite in honour of the ongoing effort to preserve the continent’s natural world. Read on to see how the event unfolded.

An evening dedicated to Africa’s natural heritage, the 2019 Tusk Awards took place on 21st November at London’s Empire Cinema in Leicester Square. Celebrating the unsung heroes working to preserve wildlife through the continent, the event saw royalty, rangers, and conservation leaders come together in the name of maintaining biodiversity and protecting threatened species.

Royal Patron HRH Prince William introduced the ceremony, honouring those who have lost their lives in the fight against the illegal wildlife trade. “Tonight we remember their courage and selfless commitment,” he announced. Speaking about the dangers of the exploitation of natural resources and habitat loss, his words served as a reminder of the importance and urgency of the conservation work being done by Africa’s activists. 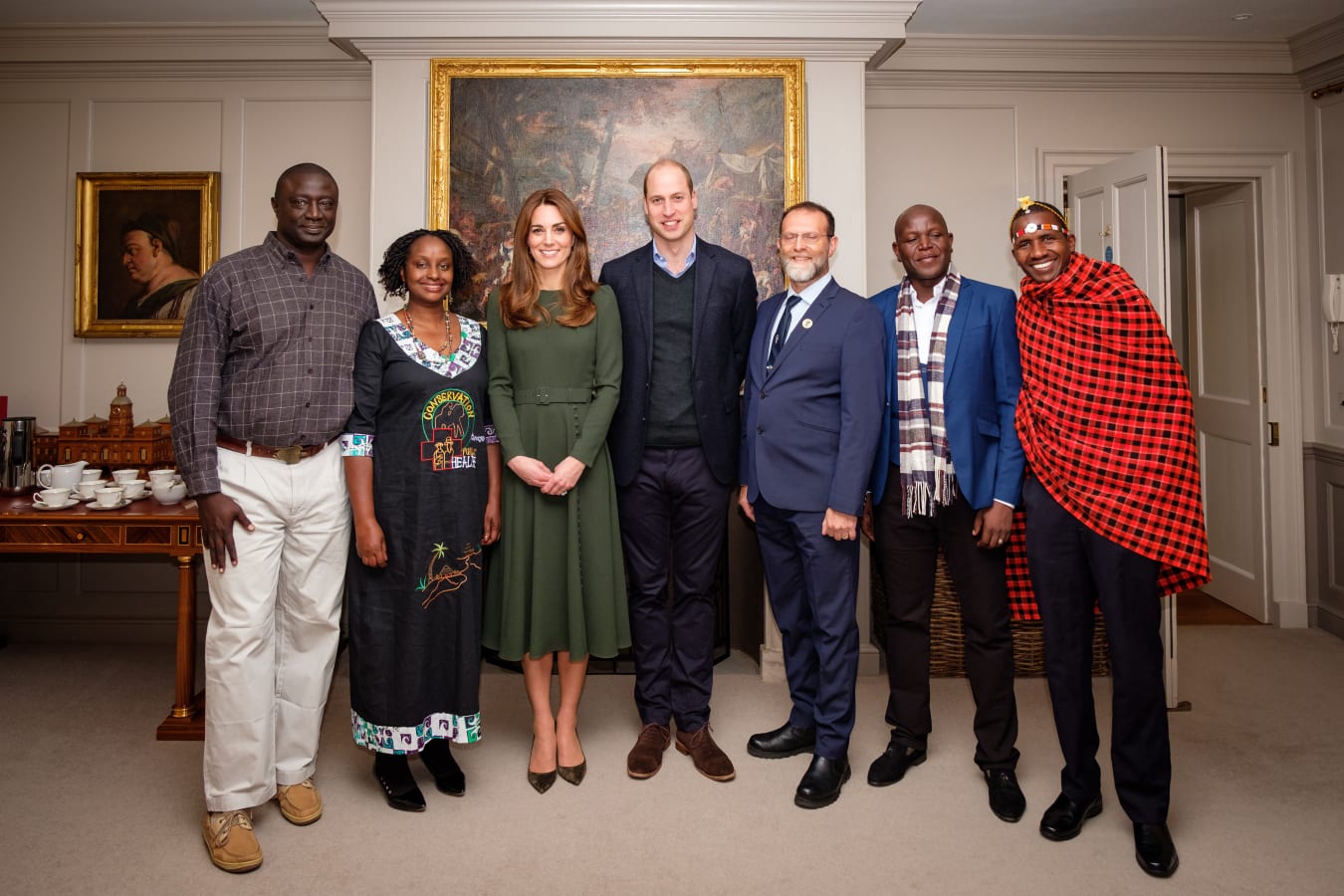 The event saw three awards presented to honour different areas within wildlife conservation. First of all, the Tusk Wildlife Ranger Award 2019 was awarded to Benson Kanyembo from Zambia who, shocked by the poaching crisis that he has witnessed first-hand growing up, started his career as an informant in Mpika before becoming a community scout aged 24.

Demanding and often dangerous work saw Benson rise through the ranks, eventually moving to the NGO Conservation South Luangwa. He is now the Law Enforcement Advisor, organising anti-poaching initiatives and helping them become one of the most successful organisations of their kind in Zambia. “This award is a big morale booster, not only to myself but to all rangers who risk, and lose their lives in the line of duty,” he declared on receiving his accolade. “I will continue to fight even harder to protect Africa’s remaining wildlife until my dying day.” 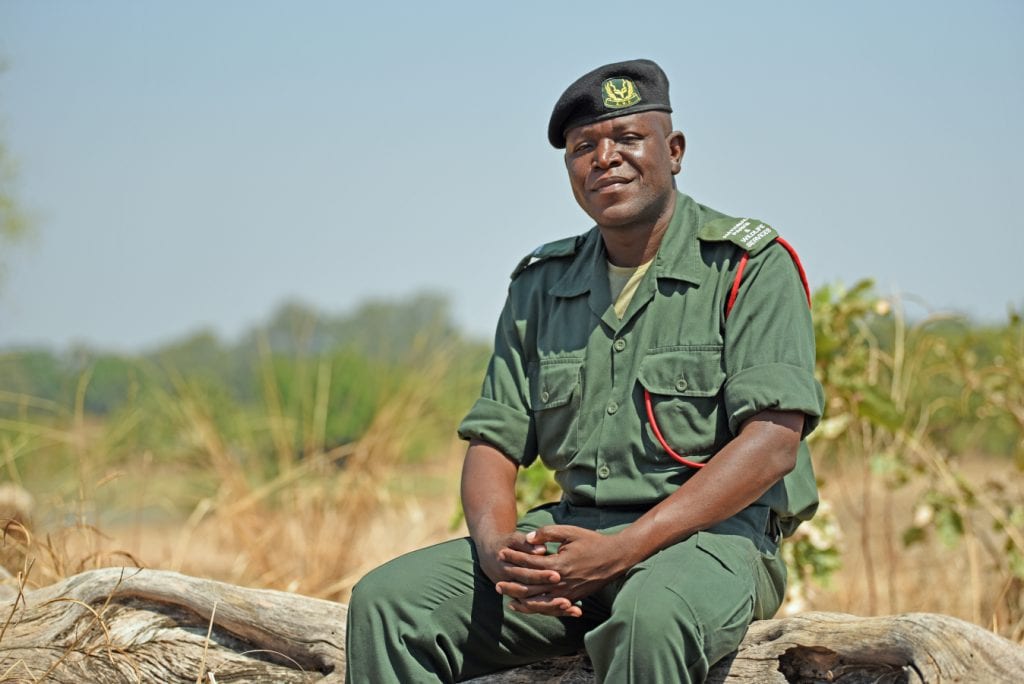 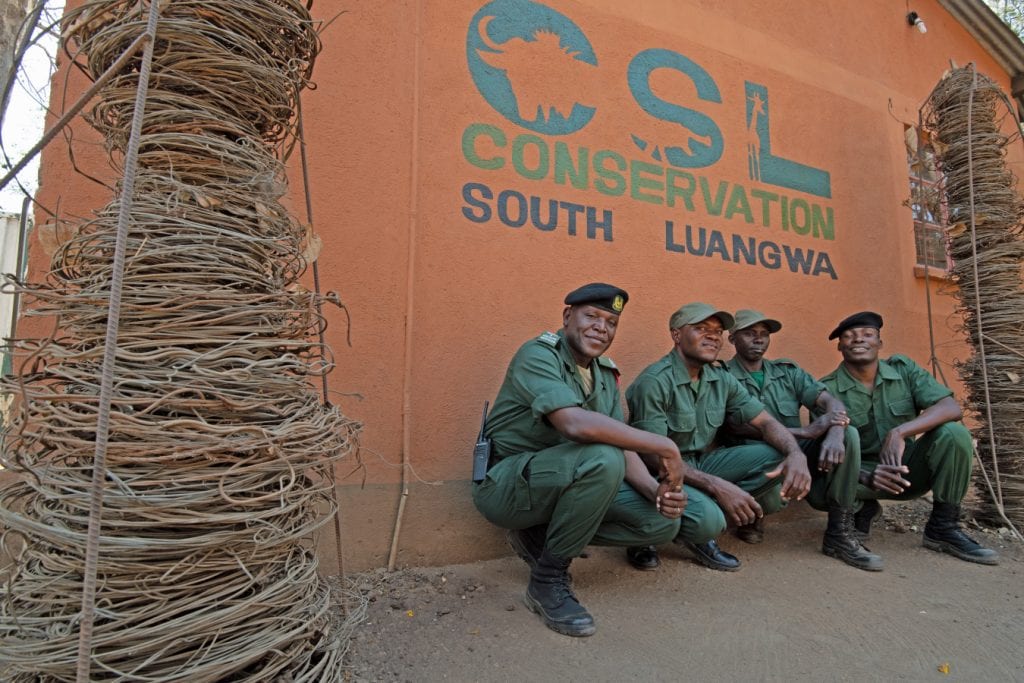 Next, the Tusk Award for Conservation saw Senegal’s Tomas Diagne celebrated for his life work protecting tortoises and freshwater sea turtles in West Africa. Throughout his life, Tomas has dedicated his career to protecting these species from habitat loss, bushmeat consumption and the international pet trade. “The challenges affecting larger wildlife across Africa are the exact challenges affecting turtles and tortoises,’ he explains. As such we must all work together to find solutions to save Africa’s wildlife and natural places.” From the ‘Save our Salcatas’ NGO he began aged 23 to help rescue captive Sulcata tortoises, to the Tocc Tocc Community Refuge he established for the Adanson turtle, his work has gone a huge way in helping to protect these endangered underwater creatures. 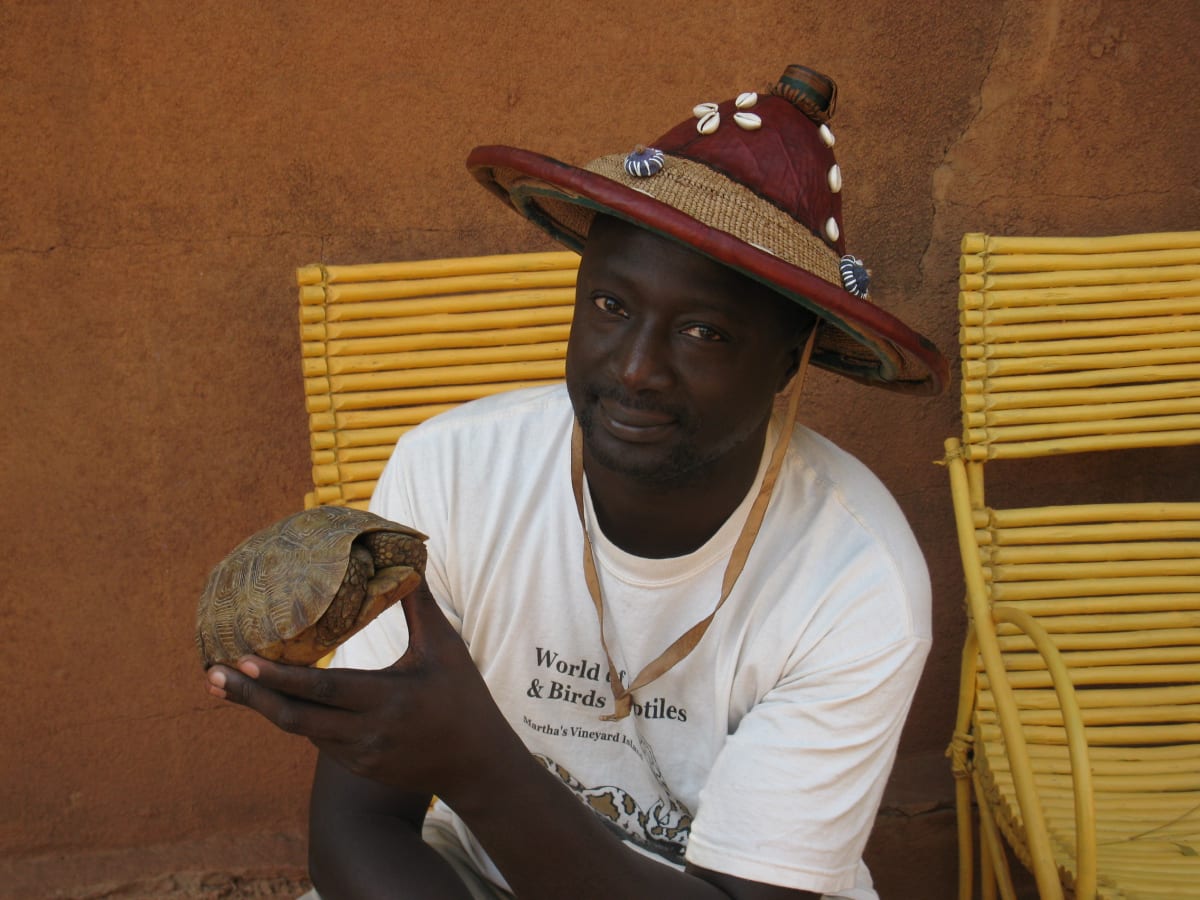 Last but not least, the prestigious Prince William Award for Conservation in Africa went to Dr Carlos Pereira, noted for his commitment to the survival of Mozambique’s wildlife and his critical role in the protection of Gorongosa National Park and Niassa National Reserve. “All of us have a responsibility to spread knowledge, awareness and education about nature and how dependent we are on it,” he said, on receiving his award from Prince William. “We must challenge any myths and cultural beliefs that endanger wildlife, and we must confront the darkness of organised crime.” 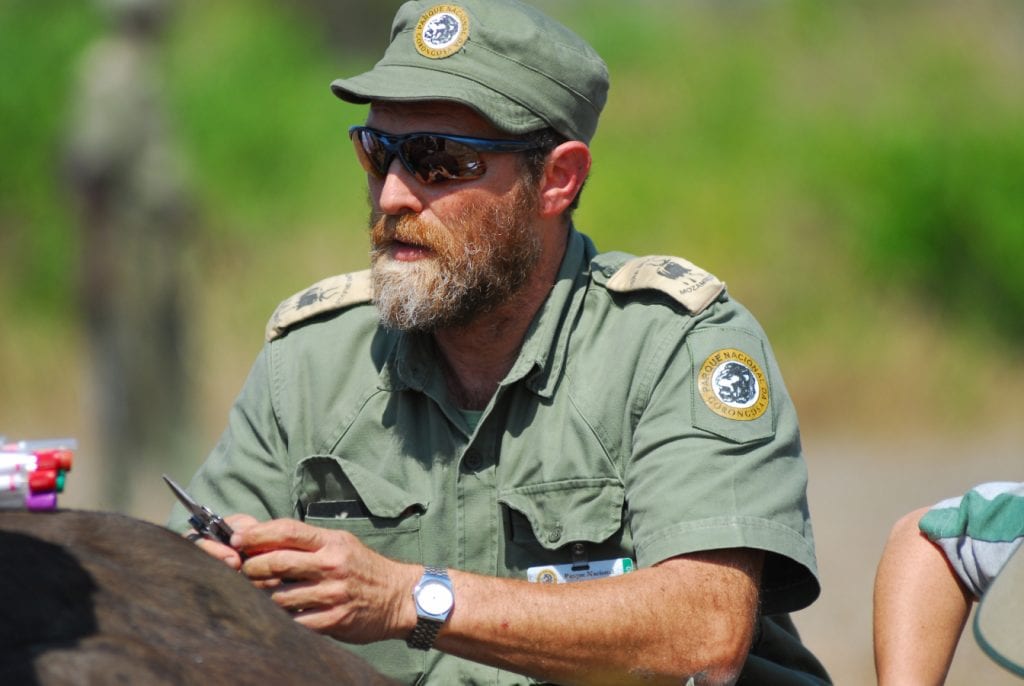 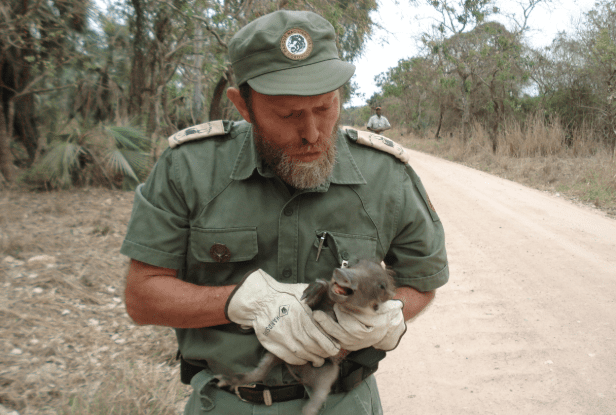 In an evening spent shining a light on the critical work being done to preserve a world so often taken for granted, the atmosphere was one of not only admiration but an empowering need for action. “As we approach the start of a new decade, the challenge ahead of us is clear and urgent,” Prince William summarised, as his speech came to a close. “If we put our collective minds, energy and resources to it, we have the ability to reset the planet and show the generations that follow us that we rose to the challenges we faced.”

Read our interview with Andrea Walji on Conservation, Environmentalism and Greta Thunberg.

Travelling abroad? Find out how to find ethical animal attractions.