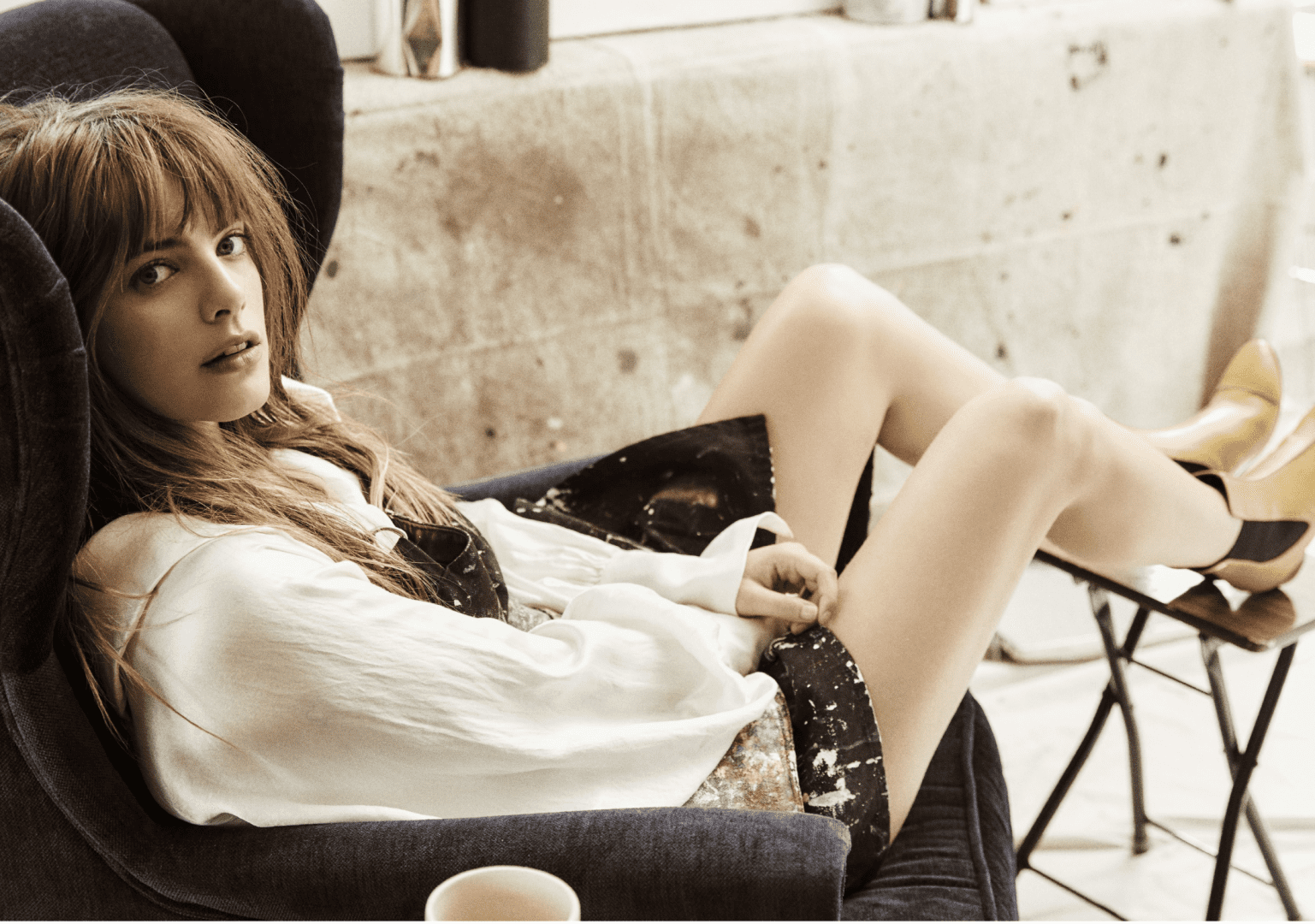 As the world’s first Vegan Fashion Week opens in LA this weekend, we’re taking a closer look at the vegan shoe brands that are redefining the perception of vegan footwear while working for a better planet – for all living things.

This January you’d have been hard pushed to miss the tide of veganism sweeping across your Instagram feed, television screens and even the high street, as record-breaking numbers of people signed up to take part in Veganuary and special plant-based dishes sprouted up everywhere – from high street restaurant chains to fast food joints.  It seems that veganism really is going mainstream for 2019, which the Economist has already dubbed the year of the vegan.

But as any vegan will tell you, veganism stretches beyond eating a plant-based diet. For many, being vegan is also a lifestyle choice that ‘seeks to exclude as far as is possible and practicable, all forms of exploitation of, and cruelty to, animals for food, clothing or any other purpose‘. This includes avoiding beauty and cleaning products that contain animal-derived ingredients or that have been tested on animals, as well as materials such as leather, suede and silk.

With leather being a key material for footwear, this has historically made finding a high quality and comfortable pair of vegan shoes challenging.  Faux-leather and fabric shoes have been around for a while, but generally on the high street these have been made of PVC or other plastic-based synthetics that look as though they won’t last a night out, let alone beyond #30wears.  Add to this the fact that while eating more plant-based food has well-documented benefits for the planet, plastic-based alternatives to leather come with their own set of environmental concerns, and vegan shoes are suddenly not the sustainable investment someone striving to dress more ethically wants in their wardrobe.

Thankfully the tide is now changing in the vegan footwear arena and there are a plethora of vegan shoe brands emerging that are not only leather-free, but also promote ethical working conditions, use innovative materials and make quality shoes that are comfortable, long-lasting and stylish too.

Here are some of our favourites: 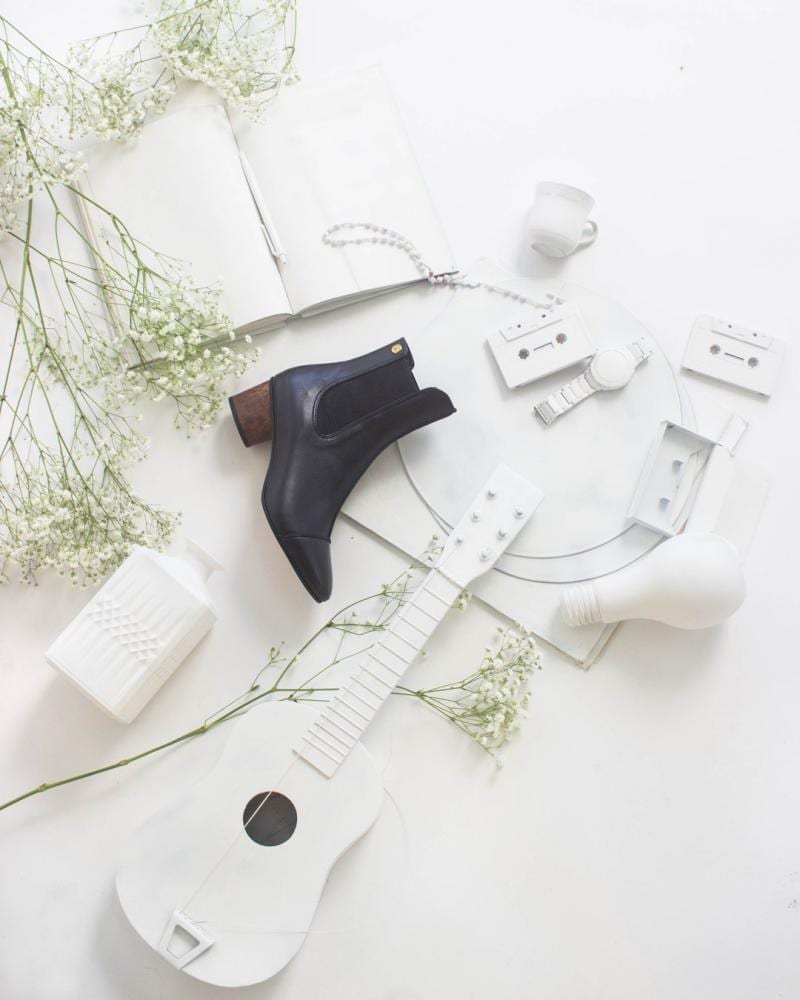 Los Angeles-based Taylor + Thomas is a luxury vegan footwear label is driven by “a responsibility to the health of our planet and the people and animals who inhabit it, today and for generations to come.”  Its curated capsule collection of signature styles “that every woman should have in her wardrobe” includes loafers, flats and boots in three colourways, made from materials sourced from the USA and Italy including water-based polyurethane, bio polys, castor beans, and FSC-certified beechwood.  Taylor + Thomas is committed to working with local artisans in LA who are paid fair wages, using forward-thinking and ecologically responsible methods. The company is also carbon neutral, PETA-approved and donates 1% of sales each season to charity.

London-based Will’s Vegan Shoes is a Vegan Society and PETA approved company, offering a range of footwear styles for men, women and kids that are made entirely from cruelty-free materials – from the uppers and linings to the glue. “We don’t believe in doing something to protect animals whilst harming humans and the planet. We are all animals. All life needs safeguarding. We need to safeguard the environment we share,” reads the brand’s ethical and environmental policy.

Shoes are made using high quality plant-based and Ecolabel certified vegan leathers and suedes made in Italy and Spain,  which meet Oeko Tex 100 and REACH regulations; rubber outsoles and recycled rubber insoles.  All footwear is made in Italy & Portugal under European Union employment, discrimination and health & safety law.  The online-only store operates a plastic free, Carbon Neutral supply chain using sustainable materials and never discounts or goes on sale to discourage fast fashion and excessive consumption (“there is always a story behind a low price”). 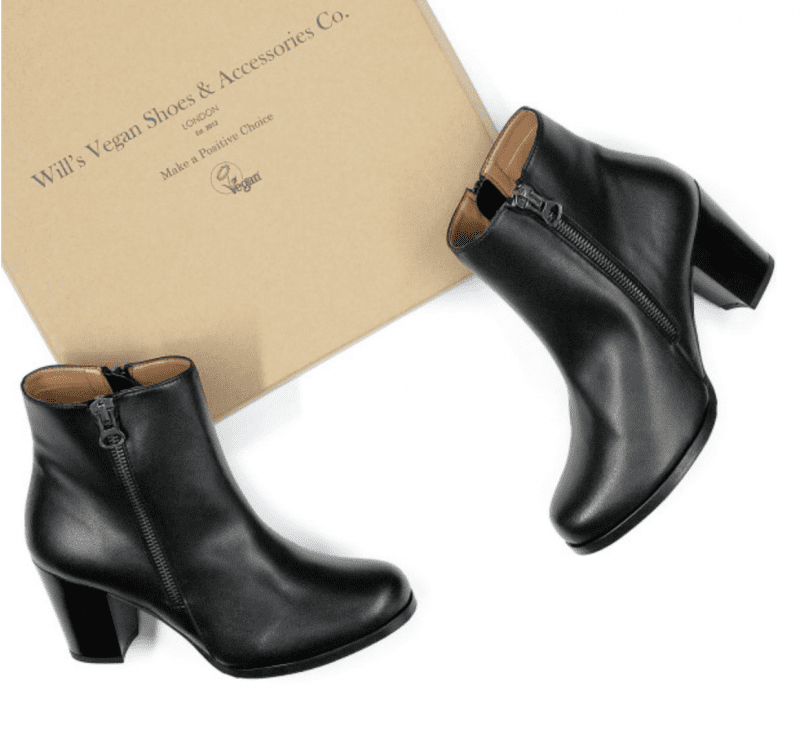 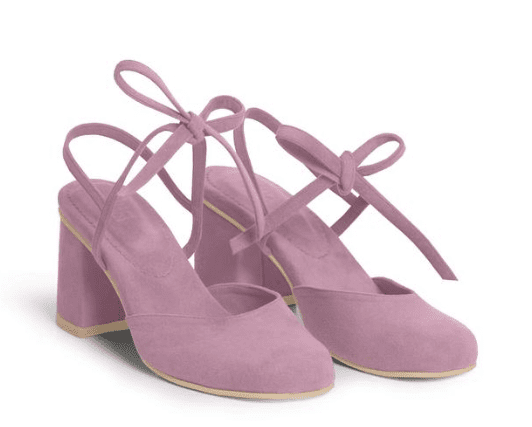 Best for a Pop of Colour – Rafa

Rafa is a women’s luxury footwear collection designed and hand-crafted by a group of 20 artisans in Los Angeles, California, who turn vegan recycled materials into gorgeous colourful flats, boots and heels.  Rafa is committed to the use of local craftsmanship combined with top quality materials to create a collection of accessible luxury footwear.  While they keep a small selection in stock, most shoes are made to order.

Bourgeois Boheme is an independent footwear brand making sustainable, cruelty-free shoes for men and women. The Vegan Society trademarked and PETA approved collection of trainers, heels, sandals and boots for men and women is designed in London before being made by artisans in Portugal.  The brand works with three handpicked ethical factories that are regularly visited to ensure high standard production and working conditions, with all shoes designed with the planet, people and animals in mind. Opting to create classic, trans-seasonal styles to stand the test of time, materials are selected for their durability and sustainable credentials and include Bio-Polyoils, Piñatex™, Cork and EcoStone. 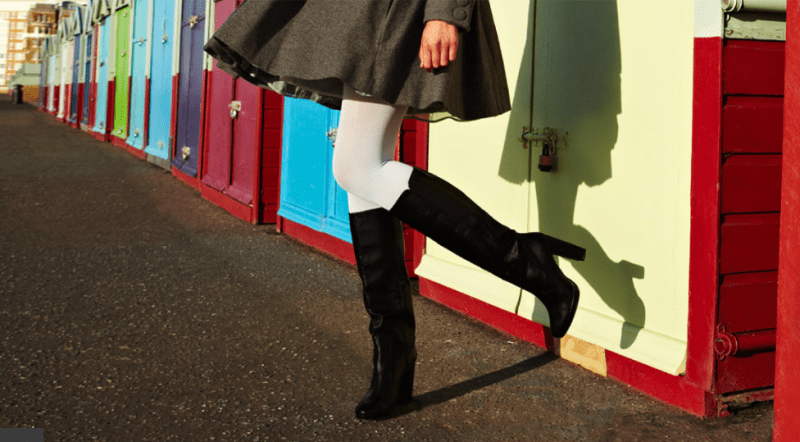 Best for Variety – Beyond Skin

Brighton-based Beyond Skin has been creating vegan footwear for women since 2001, when it was founded by Natalie Dean – a long time vegetarian turned vegan – who set out to prove that fashion and ethics need not be mutually exclusive after being frustrated at the lack of stylish, good quality, non-leather footwear available.  The brand has since grown in popularity, and has been worn by the likes of Natalie Portman at the Golden Globes, the Oscars, and in her movie V for Vendetta.

The range of flats, heels and boots are handmade in two factories in Alicante, Spain, and are stitched, glued and packaged in-house. The factories are visited regularly to ensure no exploitation, and workers are paid a fair wage.  Beyond Skin endeavours to source components and fabrics for the shoes as locally to the factories as possible to try to reduce its carbon footprint, and pledges to give 1% of our profits to grass-root environmental and social projects.

Portuguese footwear brand Nae (No Animal Exploitation) offers a range of vegan shoe styles for men and women that are made from innovative materials such as Piñatex®, recycled airbags, cork and recycled plastic bottles. Nae shoes are produced in certified Portuguese factories, with a focus both on natural and ecological materials and on the design, style and quality that are already recognised in Portuguese footwear. 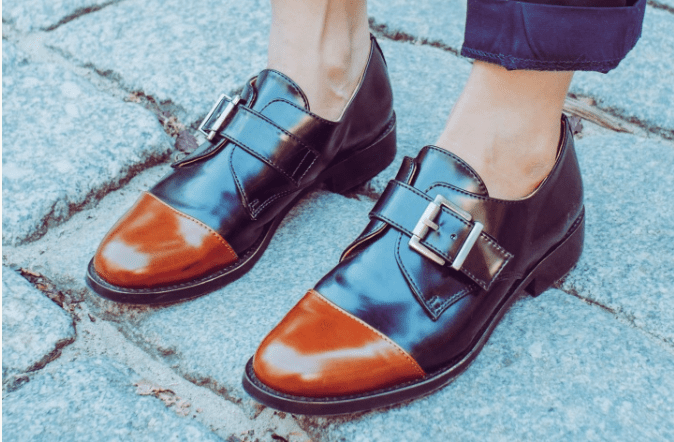 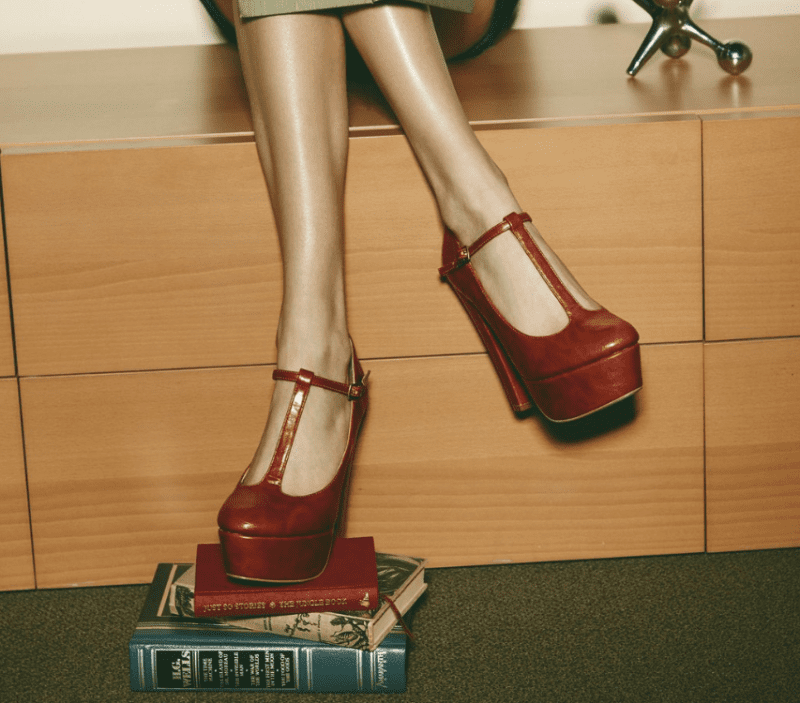 Best for Nights Out – Susi Studio

Susi Studio is a Los Angeles­-based lifestyle company that designs vegan footwear for the modern woman.  Its mission is to make sustainable footwear both accessible and stylish,  with a focus on inspiring compassion towards humanity, animals, and the environment through creativity.

Mindful design and production is exercised through the use of materials such as canvas, denim, hemp, and faux leather produced from recycled plastic bottles.  The shoes are all made in factories in Portugal and Hong Kong, that Susi Studio founder Bianca Moran visits regularly (the Hong Kong factory is also owned and operated by women).

Are You Suffering From Eco-Anxiety?
Creamy Beetroot Toasts Recipe
Giving Tuesday - 8 Ways to Give Back
How to Make Crochet Christmas Baubles
Fashion