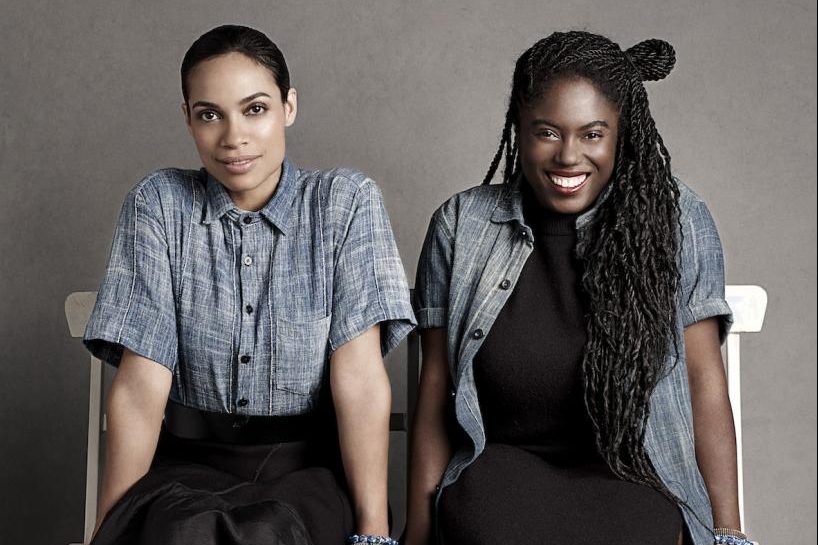 You no doubt know activist and actress Rosario Dawson for her film work – she was discovered aged 15 sitting on her New York stoop by Harmony Korine, who cast her in his cult hit, Kids.  Since then she’s been in major movies from Sin City to Men in Black to Rent. She’s also an activist. In 2004 she co-founded Voto Latino to encourage young Hispanic and Latino voters to become more politically involved, and she sits on the board of Eve Ensler’s V-Day’s One Billion Rising.

Rosario has known Abrima Erwiah since childhood, when they were introduced through mutual friends, and the two women have supported each other’s endeavours ever since. Abrima studied business and her career background is in luxury – she used work for Bottega Veneta. A trip with Rosario to Ensler’s City of Joy in the Congo cemented her decision to work in social enterprise.

That decision led to the duo founding fashion lifestyle brand and social enterprise Studio One Eighty Nine in 2014, working with artisanal communities that specialise in various traditional craftsmanship techniques including natural plant-based dye indigo, hand-batik, kente weaving and more. Based between New York and Ghana, the focus of the business is on empowerment, creating jobs and supporting education and skills training.

This week’s episode of Wardrobe Crisis podcast is a lesson in how to start a social enterprise with a friend that shares the same values.  It’s also a story about female friendship.

Listen to the episode in full here and see some of the many highlights of the conversation below: 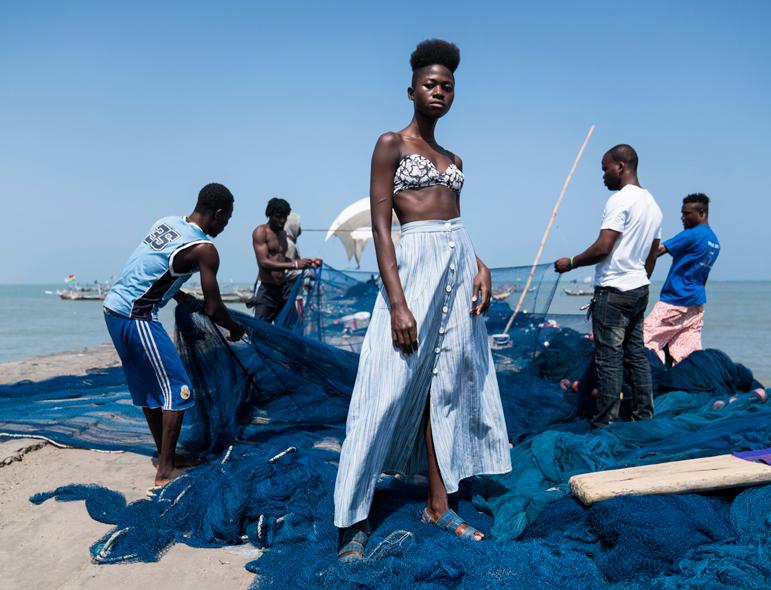 On the vision behind the brand:

“The whole idea behind [Studio One Eighty Nine] was essentially to use fashion as an agent of social change and that’s our mission. […] The biggest thing is that we think that working together to build a local fashion industry can be more economically-beneficial than aid and it can create jobs that can create dignified work for people that are working within the ecosystem of fashion in developing economies.” – Abrima

“I had been acting, she went to college, she did the super smart awesome route where she speaks multiple languages and is super cool and living around the world and I have just always been a really big fan of hers and just really moved by her and her tenacity and her brilliance and just where her motivation comes from. Abrima is really such a light – she’s that person who is so connected to family and community, and such a New Yorker in that great way. [She’s] just really conscious and aware of the possibilties and the opportunities that are there.”– Rosario

“She just is smart and brilliant and beautiful and powerful and dynamic.” – Rosario

“I think there was a time where people would be like, oh so you want to work in HR – because you care about humans? No, HR is great but that’s not necessarily what I want to be doing. And these moments where I was having those thoughts, I was able to talk to Rosario and she was a sounding board for me and she probably didn’t know exactly where I was going with it because I didn’t know where I was going with it but she was always open to listen and to be there. And she doesn’t just do that for me – and this is honestly an incredible energy that Rosario gives – she does that for everybody.” – Abrima 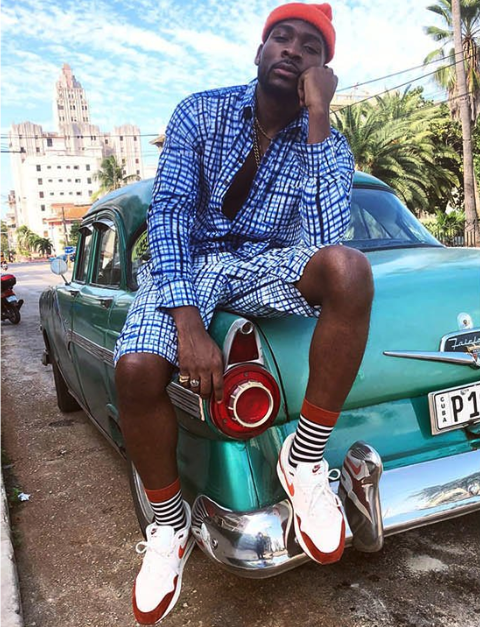 On always keeping it real

“Rosario came in when nobody cared, when nobody wanted to have the conversation, you couldn’t get somebody on the telephone. She came in with no budget, no anything, she stayed in the houses. Most people would not stay in the house, they would only stay in a fancy hotel. She came in, economy, landed in the airport, did all of the same things like everybody else does, waited five hours for her luggage, the whole thing, got in the taxi, super basic, and really understood what other people were doing.” – Abrima

“That’s why I like this idea of social business, because it needs to be business, because if we’re thinking about the next 100 years, we can’t just think about giving something away and not allowing people to do it themselves. But at the same time, if you want it to be sustainable, or allow people to do it themselves, it has to be a partnership. We’ve got to do this together. So it’s not that idea where I’m helping you, thank you and you’re welcome, or exploitation, but it needs to be this other area where I respect you, you (hopefully) respect me, and I recognise that there’s areas of work that you can contribute that I can’t do, and vice versa.” – Abrima

Watch the full story of Studio One Eighty Nine: