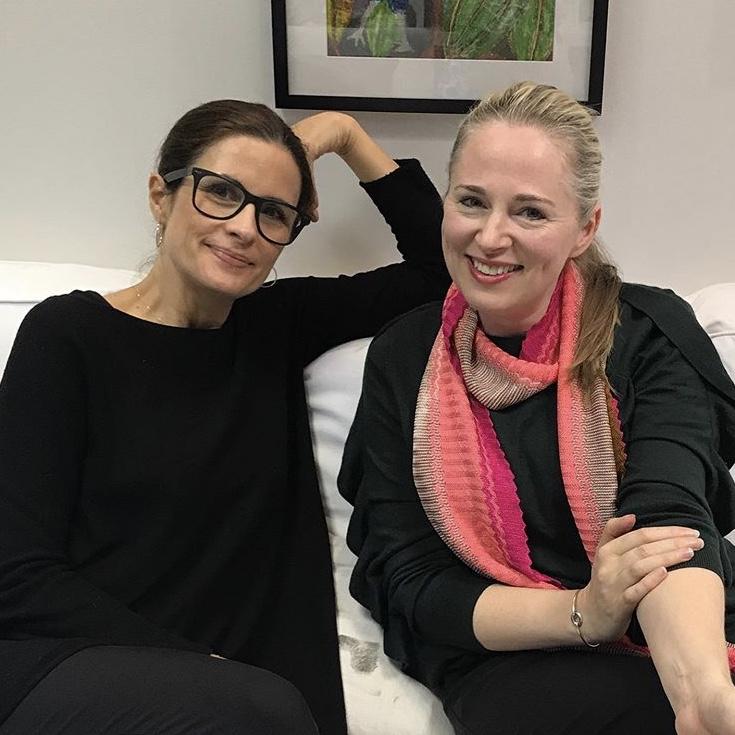 06/02/2019 | by Eco-Age
Livia Firth speaks to Clare Press about the Green Carpet Challenge, what inspires her to rise and resist, being an active citizen and her childhood on the latest episode of the Wardrobe Crisis podcast.   If you read our December #EcoAgeReads book Rise and Resist: How to change the world; or listened to one of our recommended podcasts Wardrobe Crisis, then you will already be familiar with Vogue Australia’s Sustainability Editor-at-Large, Clare Press.  A passionate advocate for ethical fashion, Clare’s insightful podcast Wardrobe Crisis tackles everything from circular economy, inclusivity in fashion, modern slavery and plastic pollution, interviewing change makers within the industry with the goal to educate and inspire the fashion industry’s shift towards sustainability. On today’s episode of Wardrobe Crisis, Clare speaks to Livia about her childhood in Italy, launching the Green Carpet Challenge, and how to reach Generation Z.  Listen to the episode in full here and see some of the many highlights of the conversation below:

Inspired? Listen to all of our favourite podcasts for active citizens. 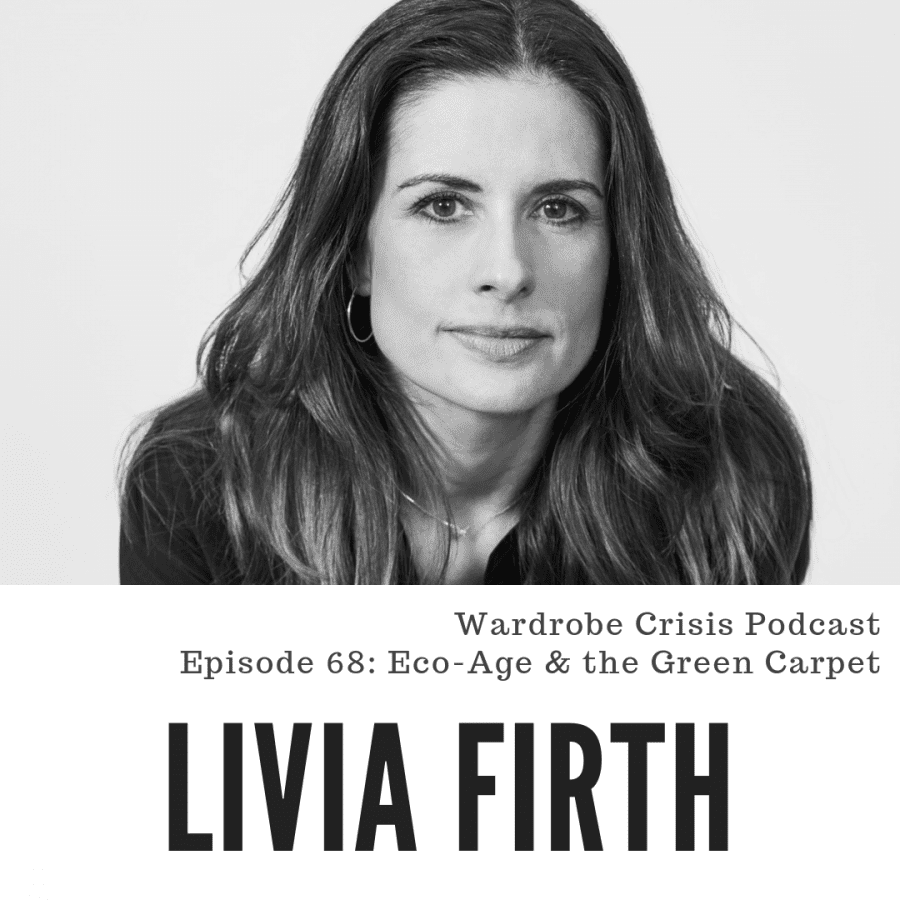 Discussing the meaning of ‘Sustainability’ with Noam Chomsky
“I flew to Boston to see him and after two hours with him, where we discussed all the frustrations around the word, around the language, what it meant, what it didn’t, he looked at me and said: ‘You know what Livia? You might as well stick with the word you had, because we invent a new word and the propaganda will empty it of its meaning very quickly, so you might as well stick with the words we have and put the meaning back in them’.”

Being active citizens
“One of the problems today is that they almost brainwashed us to be passive. It’s so important to question things, to join the dots of the things that are happening to us and not to think that everything is disjointed.”

Citizens, not consumers
“We shouldn’t be defined by the act of shopping and buying.”

Wearing rubbish to the Oscars
“I’ve been campaigning about human rights for a long time and then you are on the red carpet, you wear a dress and everyone pays attention and you think – ‘Ok, if you want fashion to campaign, I’ll give you fashion – but we’re still talking about the same shit. It’s all about human rights, and labour rights, and environmental rights.’ Once I understood the power of fashion, it started to get addictive.”

The Green Carpet Challenge
“Since then I’ve never done a red carpet wearing something I couldn’t talk about, and we’ve converted plenty of actors and actresses to do it too and join us in this quest.”

Why we need Kim Kardashian to start doing it
“My next mission is to convince all of the social media influencers with a gigantic followings to use their power for meaningful reasons and campaigns. Imagine truly if Kim Kardashian or Selena Gomez started to talk about sustainability and environmental justice and social justice – they would convert everyone.”

How to reach Gen Z
“Younger generations are much more switched on and we don’t have to teach them anything in that space. It’s still very complicated for them because they grew up with the availability of everything, they grew up knowing they can walk to [the high street] and buy things for a Saturday night party, but they are starting to understand the repercussions, they’re starting to understand that it’s not only about always wearing something new.”

Growing up in Italy
“I grew up in a different era. I grew up not only without computers and phones, but without anything really. We used to go to school, come home, do our homework, go out with our friends maybe. But it was never about what we were wearing. Particularly in Italy, which was very traditional.”

Changing attitudes to consuming
“We used to consume in a very different way… You didn’t have the opportunity to buy things cheaply, so you had to save to buy, and once you saved to buy it was an investment – you kept it forever, you looked after it.”

Being smuggled into a garment factory in Bangladesh
“That is the moment that changed everything. We arrived outside the factory and it was a terrible building like they all are in Dhaka, and there was an armed guard at the door. And I was like, why is there a soldier at a factory? It was the first thing that really struck me.”

Returning to Dhaka
“That’s still today the biggest thing I can’t understand. I went back to Dhaka in 2015, with Harriet our Chief Brand Officer, and we met there so many buyers from different brands I won’t name, and you think, my god you live here, you’re based here, you work with these people every day, how? You know, how can you do it? How can you allow them to produce in these shitty conditions, earning nothing, and how can you justify the fact that your business is based on slave labour?

We can’t blame complexity
“Complexity cannot be the excuse. Unfortunately it’s a very dangerous argument. There are a lot of brands that hide behind the complexity of the supply chain.”

The Living Wage Report
“Until there’s a legal requirement, nothing will ever change.”

Listen to Livia and Clare Press discuss all things sustainable fashion in full and read the full show notes from the conversation here.

Medium Well Podcast: Livia Firth and Marianne Hernandez in Conversation with Sara Weinreb
Tom Mustill on So Hot Right Now, #NatureNow and Working With David Attenborough
Is Made To Order the Future of Sustainable Fashion?
Life as I Know It: Sarah and Lauren Murrell