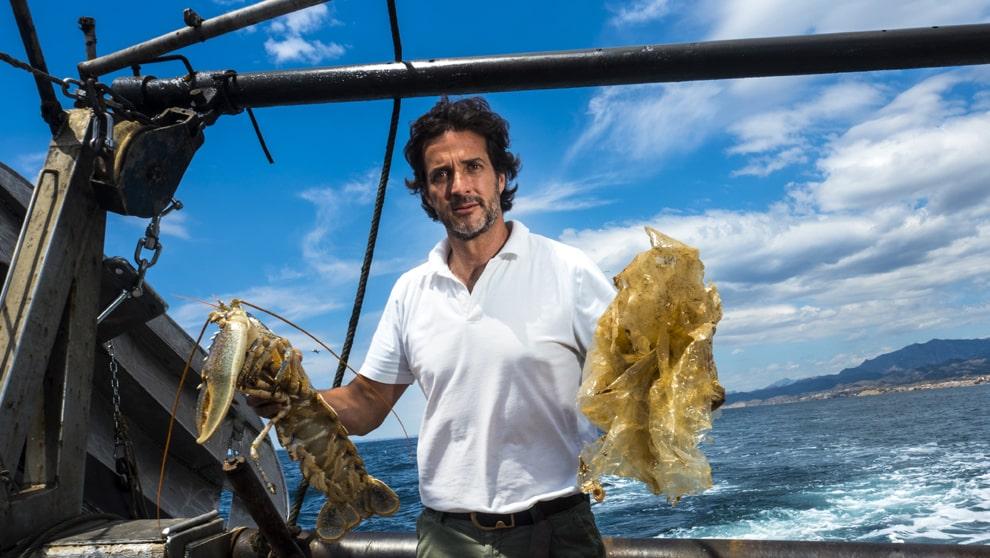 Fashion waste is getting a lot attention right now. According to the UK Parliament’s Fixing Fashion report 300,000 tonnes of used clothing ends up in Britain’s landfill bins each year.

In Australia, where I live, we dump 6,000 tonnes of clothing and textiles every 10 minutes. Instagram is fuelling this madness. If one in 10 thinks that being photographed in an outfit three times is reasonable grounds for chucking it, we’ve got a problem. There’s also masses of waste in the fashion production process, at every stage.

But it’s not just fashion. Our convenience culture is geared towards waste in general. About one third of food goes to waste globally. Almost all plastic packaging does – just 9 % of the plastic waste produced since 1950 has been recycled.

We’re finally starting to wake up. There’s a growing realisation that waste is a design flaw, and that the future belongs to those who can figure out new ways of managing resources.

Javier Goyeneche, founder of Spanish fashion company Ecoalf, is one of those people. He started his Madrid-based brand ten years ago with the idea of making collections entirely from recycled materials.

“I worked in fashion [at the time] and I said okay, how can I make a sustainable fashion company?” he explains on the podcast. “The most sustainable thing was not to keep on using [virgin] natural resources. Recycling could be a solution,” he decided.

Listen to the interview in full here. 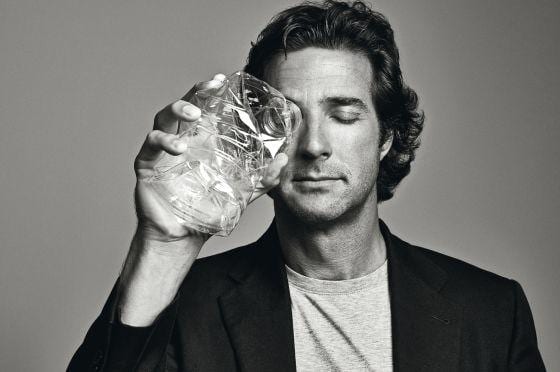 His first stumbling block came early: he could only find materials on the open market with limited recycled content. “Maybe 18%, maybe 20%,” he says. So he started working with a factory on a polyester made from 100% recycled material.

Since then, Ecoalf has developed its own recycled cotton and recycled wool. They’ve worked with a Taiwanese restaurant chain to collect coffee ground waste, turning it into a nano-powder that’s mixed with either recycled polyester or nylon polymers to create yarn.

They’ve swapped out plastic foam for a biodegradable algae-based alternative for their sneaker soles. And they spent two years developing a method of turning old tyres into new flip-flops. That last one was harder than you might think. Modern tyres are notoriously difficult to recycle, since they contain mixed material including natural and synthetic rubber and steel.

Ecoalf was already using nylon upcycled from abandoned fishing nets when Goyeneche learned the extent of the ocean plastic problem. Fishermen in Northern Spain told him they were pulling out loads of debris along with the nets.

“They are literally catching trash,” he says. “There are plastic bottles, aluminium cans, and not on the surface, it’s in the bottom because every time a bottle doesn’t have a cap it goes to the bottom. The cans sink to the bottom.” The fishermen had been throwing the debris back into the sea.

In 2015, Upcycling the Oceans was born. The project has seen the Ecoalf Foundation work with 3,000 fishermen in 32 ports, collecting more than 300 tons of trash from the bottom of the Mediterranean Sea. In 2016, they extended it to Thailand. You can now buy Ecoalf swimwear that’s been produced with plastic pulled from the seas around Phuket. “We’re not a story-telling company; we’re a story doing company,” says Goyeneche.

We Need To Include The Middle East In The Sustainable Fashion Conversation
The Circle x Eco-Age Difficult Conversations: FGM
Netflix's Our Planet: Sir David Attenborough's New Nature Series Highlights Our Environmental Crisis
Discovering Peoli: A Craft Enterprise in the Himalayas