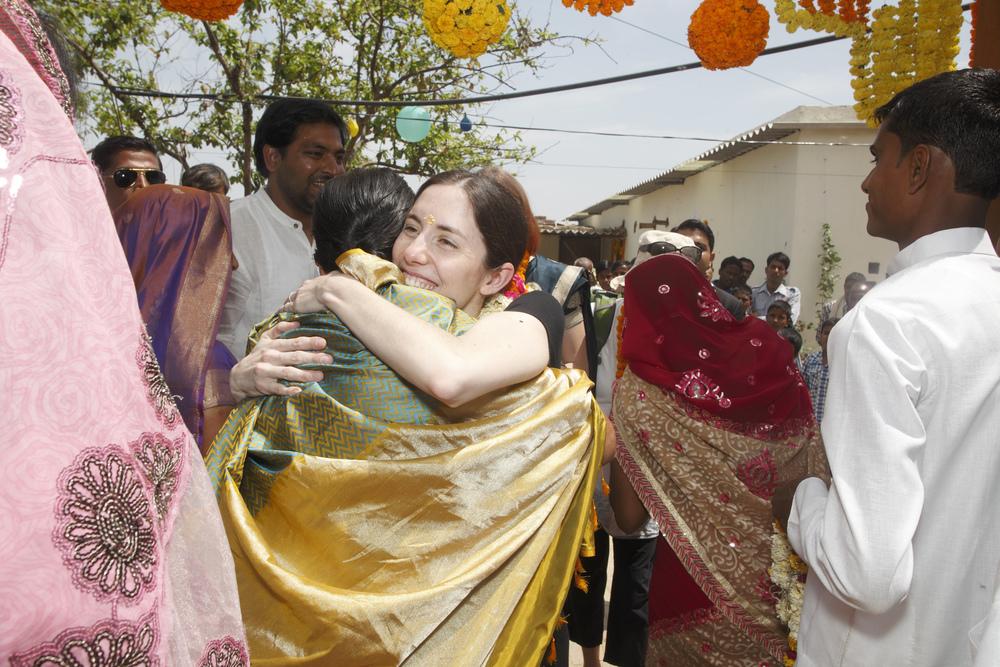 Post Rana Plaza, there’s been greater attention paid to garment factory conditions, “but very little on home work,” says Rebecca van Bergen. That’s a problem because millions of people (most of them women) earn their livings from this frequently hidden, unregulated part of the fashion sector. “It’s estimated that anywhere between 20 and 60% of manufacturing is being subcontracted, in part, to a person in their home,” she says.

Van Bergen started out as a social worker, and founded Nest in 2006 in order to strengthen the ethical handworker economy globally. Today the New York-based NGO works with brands at all levels of the market, from Pottery Barn and Target and luxury names like KitX and Maiyet. And Eco-Age. Nest was part of the Commonwealth Fashion Exchange last year, and more recently partnered with Eco-age on the new Fashionscapes: Artisans Guatemala project. 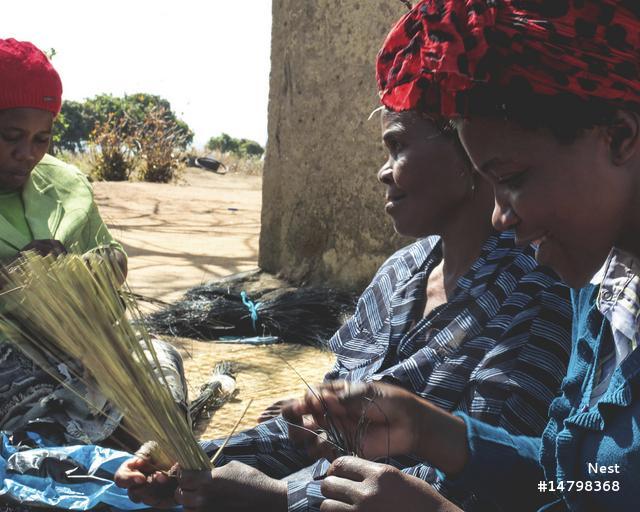 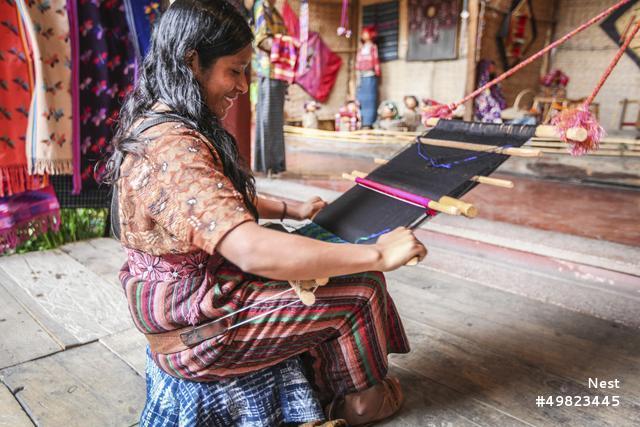 Right: Weaver, by Sara Otto. A woman weaves on a backstrap loom in Antigua, Guatemala, a skill she learned from her mother when she was a young teenager. The required tension on the loom is created by a piece of fabric which is held on the hips of the weaver, allowing them to feel physically connected to each throw of the shuttle and movement of the weave. The final panels will be sewn together in pairs and sold in the local market.

Van Bergen is passionate about the power of craft to provide fair work opportunities, but warns that too often workers are exploited. “If you want to talk about the really yukky stuff like bonded labour, child labour and grossly unfair wages, this is where it happens mostly because there’s often no paper trail, no regulation,” she says. “Bringing visibility into this next tier is really important from a human rights perspective.”

It’s a reminder that true sustainability means people as well as planet. “Circularity has brought a lot of focus onto the lifecycle of a product, its use and reuse, recycling, the environmental impact of production,” says van Bergen. “That’s great but we think we need to broaden that definition to include the human.

The Duchess Of Sussex On Global Feminism
Wardrobe Crisis Podcast: Clare Press meets Mary Creagh
A Spotlight on Luminary Bakery
A Year of Wildfires: Why Fires Are Spreading Across the Globe