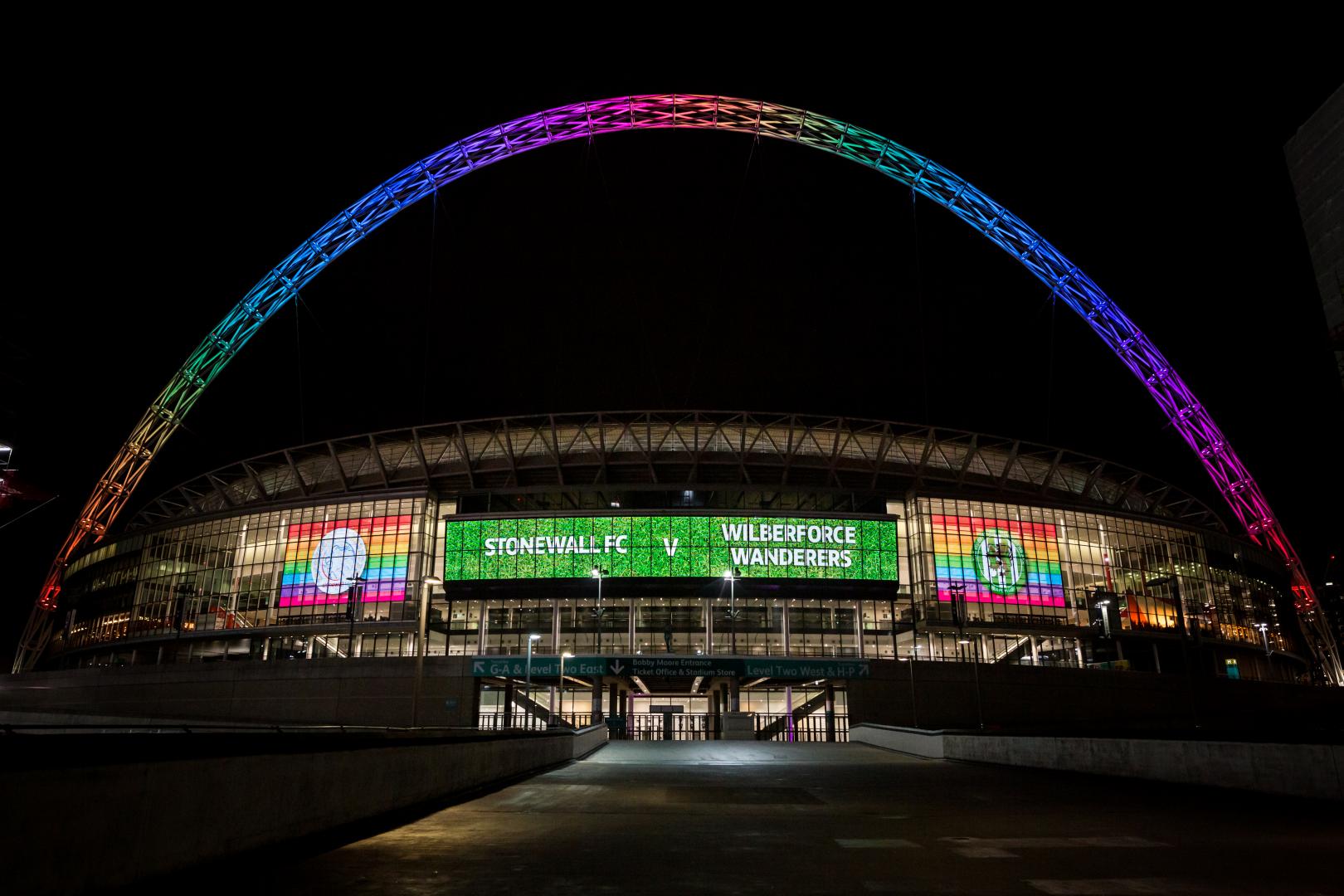 Eco-Age client Wembley Stadium was lit up in rainbow colours on Friday night for an historic evening of football at the national stadium to celebrate a new partnership between The FA and Stonewall. Our Projects and Events manager, Simon Lee, shares his thoughts after attending the match between Stonewall FC and Wilberforce Wanderers AFC.

Needless to say that as someone who has never shown any interest in football, my friends and parents were very surprised when I suggested we go to a Middlesex Division One match on Friday night…until I explained how much of an iconic event in Wembley Stadium and the FA’s history it would be.

For the first time ever, it was announced that as part of Stonewall UK’s #RainbowLaces campaign to help make sports everyone’s game, an LGBT team – Stonewall FC – would play Wilberforce Wanderers AFC at Wembley National Stadium on Friday 30th November 2018. It is the latest in a line of events that have been held at Wembley to show how they and the FA have decided to make a stand to promote diversity and condemn discrimination, and I was so excited to be able to witness it first-hand. 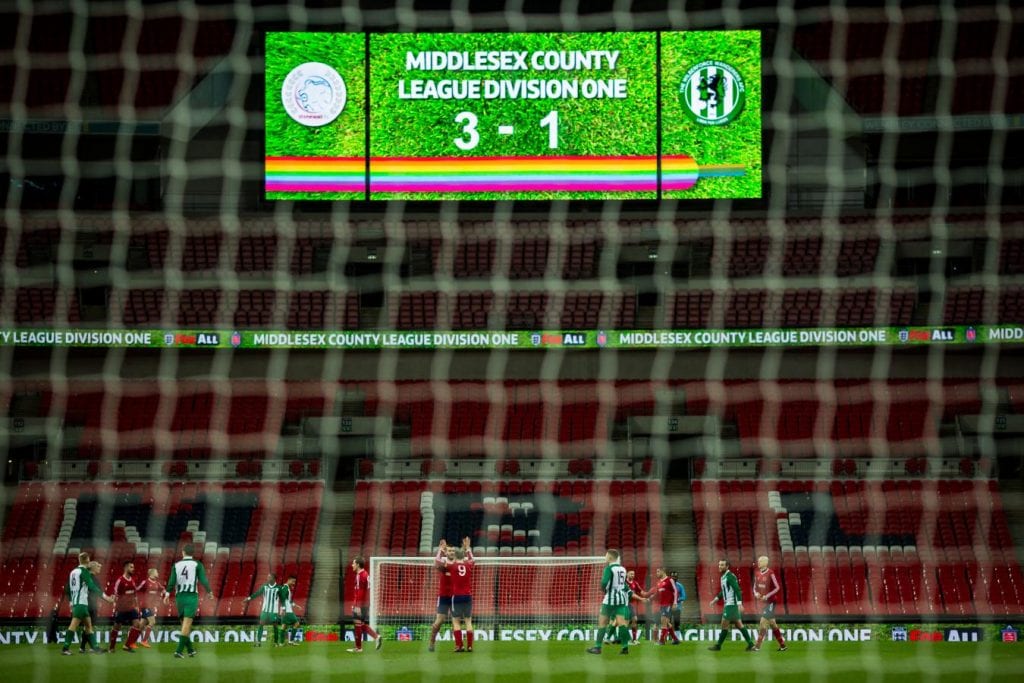 While I know absolutely nothing about the rules, positions or even direction of play (and I still don’t know how many players are on a team), the game was so much fun! From the very start – with an announcement to remind everyone that any gay, lesbian, bisexual and trans-phobic language is not tolerated – to the gender-neutral toilets, it was clear that the FA had really invested in this game. It was a wonderfully collaborative, competitive and friendly atmosphere from start to finish and even the cold weather couldn’t dampen our spirits. I must admit to getting a bit distracted halfway through the second half (which my Mum reminded me wasn’t called ‘Act 2’), but I was back glued to the pitch to watch when Stonewall FC scored 2 goals in quick succession to solidify their 3-1 win. According to my Dad, Wilberforce Wanderers were “the better players”, but I think he was happy with the result…I certainly was!

By embracing the #RainbowLaces campaign so openly and showing their support for LGBT diversity in so many ways – The Football Assocaition are showing real leadership and I genuinely believe that one of the most homo-, bi-, trans- and queer-phobic industries could be on the cusp of making a change for good.

“Tonight was a landmark moment for all those who have worked so hard to eradicate discrimination in the game,” said Eric Najib Armanazi, Stonewall FC Manager. “It has been a wonderful evening for the club but also for sport as a whole. We would like to thank The FA and Stonewall for giving us the once in a lifetime opportunity at one of the world’s most famous stadiums. To be standing in the technical area here watching your team win is the pinnacle of any football manager’s career and for me it was no different.”

“This was a very special evening for The Football Association,” added Funke Awoderu, Senior Inclusion & Diversity Manager at The FA. “Tonight demonstrates our philosophy that the game is for anyone, anytime, anywhere. We are big advocates of the work that Stonewall FC are doing in football and wider society but I’d also like to pay tribute to Wilberforce Wanderers and the role they have played as allies in helping create a more inclusive environment for LGBT+ people in the sport.”