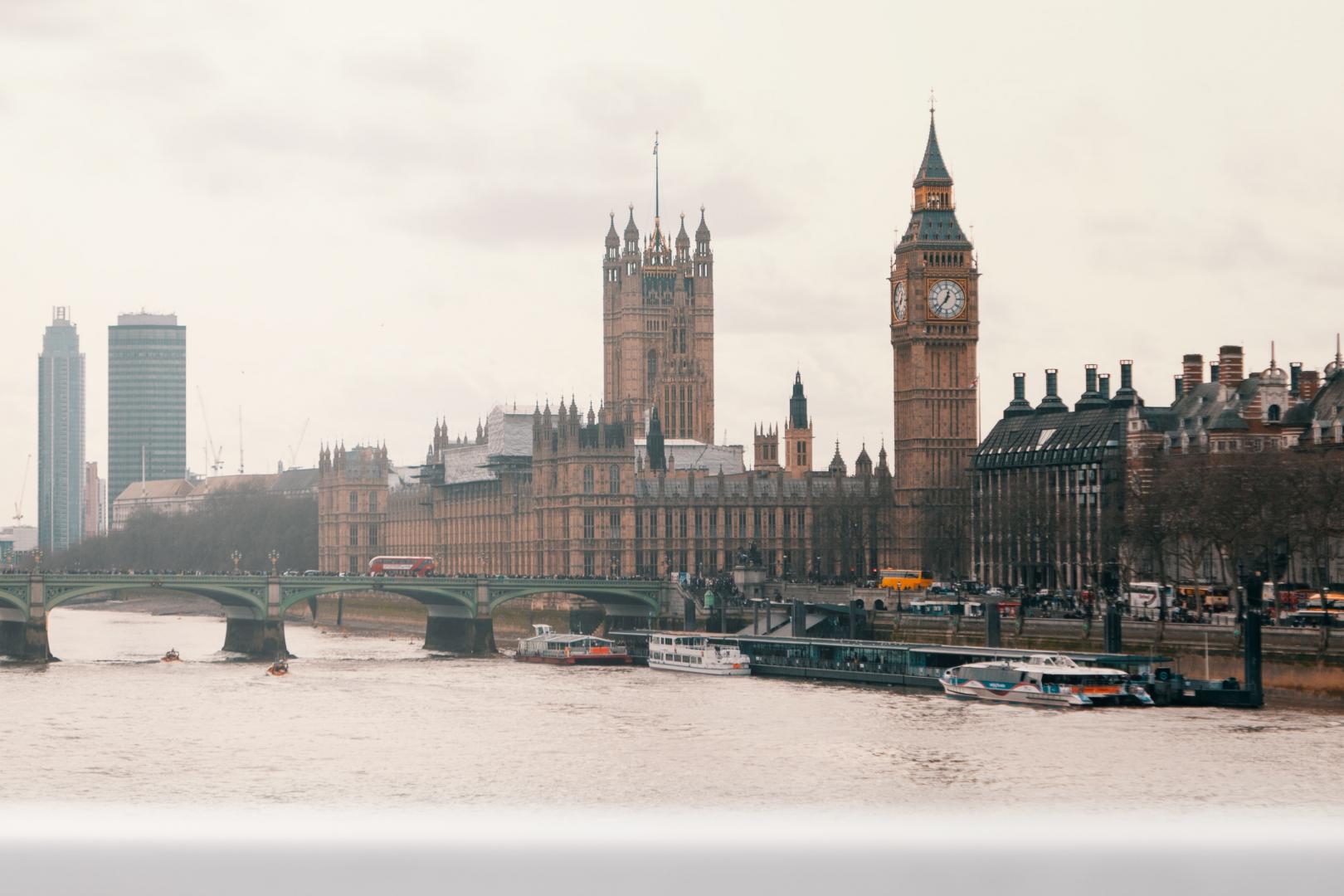 What is Boris Johnson’s Stance on the Environment?

As Boris Johnson settles in at Number 10 and an opinion poll shows that 71% of Britons consider the climate emergency a more pressing issue than Brexit, we take a look back at the Conservative Prime Minister’s frequently contradictory viewpoints on the environment and climate change over the past 10 years.

Since becoming UK Prime Minister on Wednesday, Boris Johnson has quickly set about shaking up cabinet and presenting his Brexit plan to Brussels. But, as the result of an opinion poll today revealed that 71% of Britons consider the climate a more pressing long term issue than the UK’s departure from the EU, Boris has also found himself under pressure from climate activists – notably from Greenpeace protesters, who created a human barricade to block the PM’s motorcade on route to Buckingham Palace for his first audience with the Queen.

Boris’s stance on the environment is unclear, to say the least. In his inaugural address to parliament, Boris said that by 2050 Britain “will no longer make any contribution whatsoever to the destruction of our precious planet brought about by carbon emissions, because we will have led the world in delivering that net zero target.” And yet his ability to do so is dubious  – not least due to the fact that the newly-appointed Environmental Secretary Theresa Villiers has a mixed voting record when it comes to climate change.

The Prime Minister’s voting record and columns for The Telegraph reveal mixed, and often contradictory, views on climate change and the environment. Here is what we discovered about Boris’s stance on the environment:

Former chief scientist Professor David King reports to The Guardian that 60% of Boris Johnson’s climate attaches across the world were cut during his term as Foreign Secretary from 165 to 65.

In his Telegraph column, Boris said he could not condemn Exctintion Rebellion protestors for barricading Oxford Circus but suggested they turn their attention overseas:

“I am not saying for one second that the climate change activists are wrong in their concerns for the planet – and of course there is much more that can be done. But the UK is by no means the prime culprit, and may I respectfully suggest to the Extinction Rebellion crew that next Earth Day they look at China, where CO2 output has not been falling, but rising vertiginously. The Chinese now produce more CO2 than the EU and US combined – and more than 60 per cent of their power comes from coal.

“Here, for heaven’s sake, is the real opportunity for protest. It was only in 1990 that the UK was 70 per cent reliant on coal. Look at the speed with which we have turned things round. If Britain can so dramatically reduce its dependence on coal, and its CO2 output, why can’t the Chinese do the same?”

In his Telegraph column, Boris wrote: “When I see an African elephant, I feel rage that their population is now down to 300,000, and that we are losing these animals at a rate of 8 per cent a year. I see one of the most heartbreaking examples of the destruction that humanity is wreaking upon the natural world, and I feel so strongly about it that my case seems – to me, at times – entirely self-explanatory.

“But I am also conscious that this is not exactly the perspective of every farmer in Sub-Saharan Africa….We may have different perspectives, the African farmer and I, but the perspectives can easily be reconciled…Saving elephants and protecting nature is one of the priorities of the British people. All the polls show it.”

In his Telegraph column, Boris turned his attention to the plight of the poor pangolin – the most heavily trafficked animal on the planet, writing: “We cannot let this cretinous slaughter continue. We must save the pangolin… Since 1970 the world has lost 58 per cent of its mammals, reptiles, birds and fish. We cannot let it go on. You may never have heard of a pangolin. But do you want to deprive your children and grandchildren of the chance of discovering it for themselves?”

Following President Donald Trump’s announcement that America would withdraw from the Paris Agreement, Boris told Sky News: “We continue to lobby the U.S. at all levels to continue to take climate change extremely seriously.” 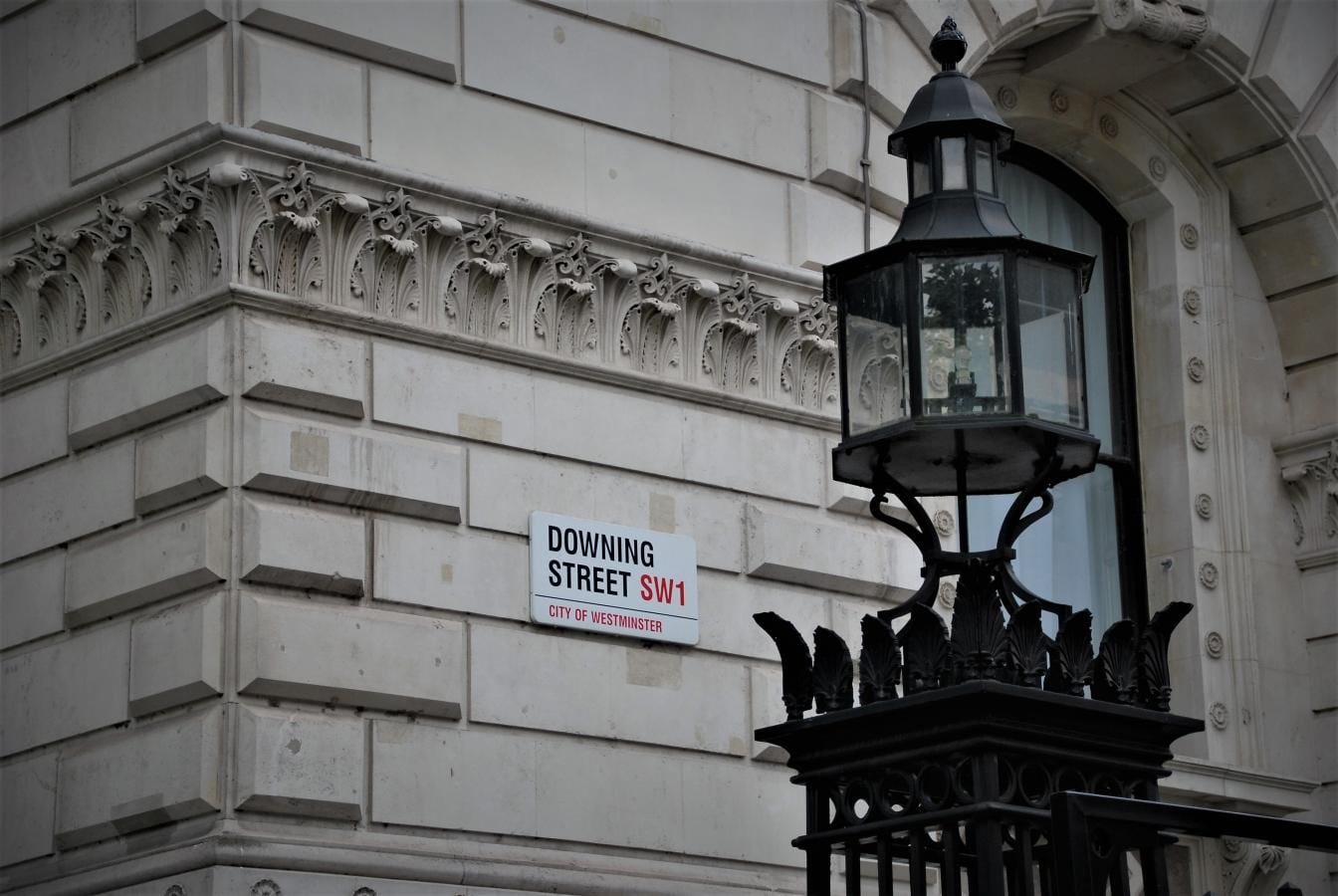 Sadiq Khan accused Boris Johnson of burying the negative findings of a report into London’s illegal air pollution disproportionate effect on deprived schools while he was Mayor of London.

Despite famously saying that he would lie down in front of the bulldozers to prevent a third runway being built at Heathrow airport, Boris spoke in favour of building a four-runway airport in the Thames estuary – referred to by opponents as ‘Boris Island.’

Boris voted against setting a decarbonisation target for the UK within six months of June 2016 and to review it annually thereafter.

As he neared the end of his tenure as Mayor of London, Boris told reporters that he wished he had created more segregated cycling routes in London. “If I had my time again, and if I knew then what I know now, I would have gone straight in with a massive programme of segregated cycle superhighways. I probably wouldn’t have been re-elected, unfortunately. That’s one thing to consider. But that would have been the right thing to do.”

Boris voted against charging the first year rate of vehicle tax, which varies substantially based on carbon dioxide emissions, for the subsequent two years as well; against a variable rate of vehicle tax based on carbon dixoide emissions for vehicles registered on or after 1 April 2017 and to charge additional tax on vehicles costing over £40,000. 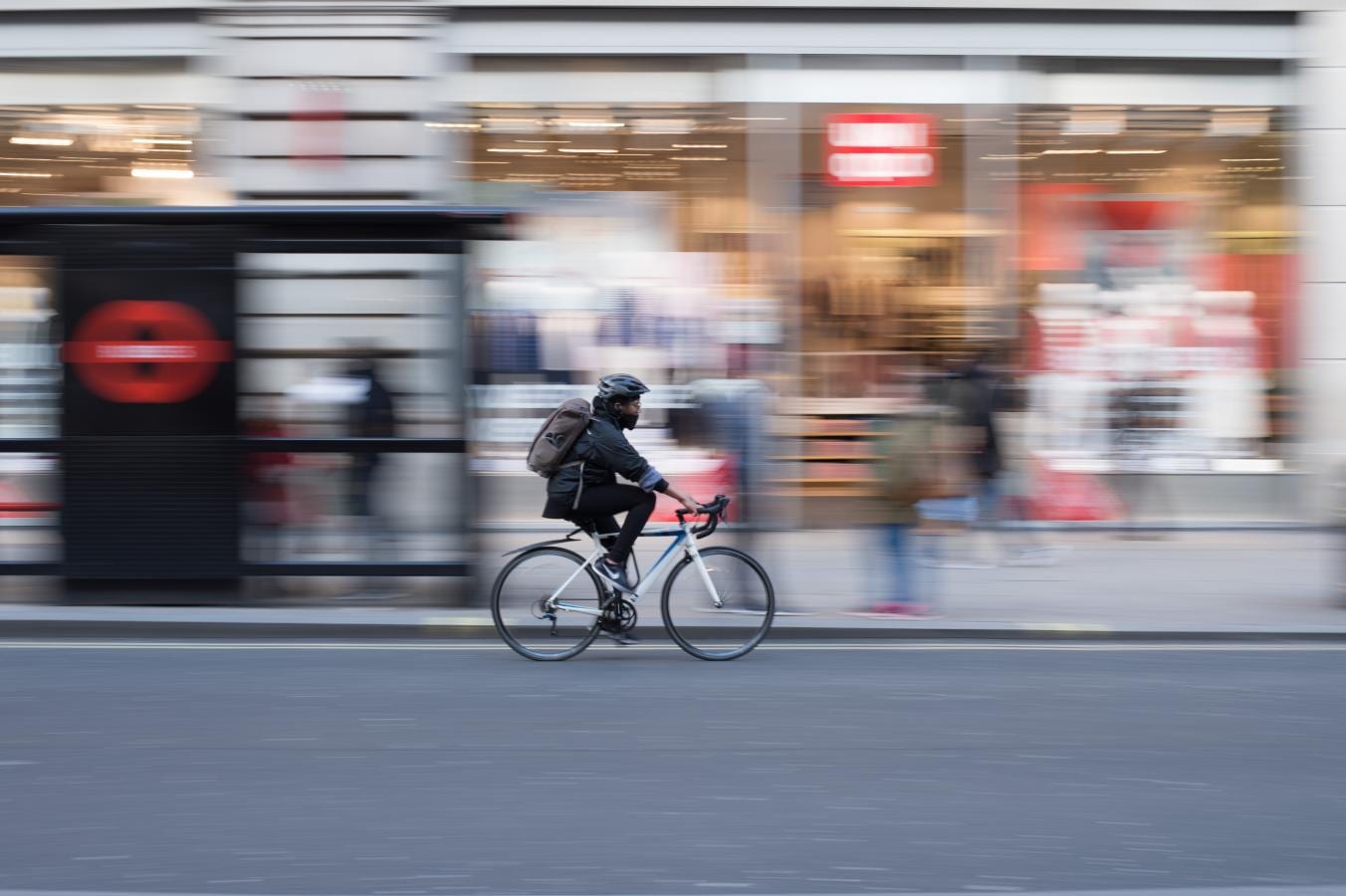 In an interview with New Scientist, the then Mayor of London said the capital should “definitely, absolutely” have a nuclear power station – although due to the overarching tone of the article, it is not clear whether his remarks were to be taken seriously.

In his column for The Telegraph, Boris wrote: “I am all for theories about climate change, and would not for a moment dispute the wisdom or good intentions of the vast majority of scientists.

“But I am also an empiricist; and I observe that something appears to be up with our winter weather, and to call it “warming” is obviously to strain the language. I see from the BBC website that there are scientists who say that “global warming” is indeed the cause of the cold and snowy winters we seem to be having.

“I do not have the expertise to comment on the Martini theory; I merely observe that there are at least some other reputable scientists who say that it is complete tosh, or at least that there is no evidence to support it….It is time to consult once again the learned astrophysicist, Piers Corbyn.”

In The Telegraph, Boris wrote:  “In their mad denunciations of fracking, the Greens and the eco-warriors betray the mindset of people who cannot bear a piece of unadulterated good news. Beware this new technology, they wail. Do not tamper with the corsets of Gaia! Don’t probe her loamy undergarments with so much as a finger — or else the goddess of the earth will erupt with seismic revenge. Dig out this shale gas, they warn, and our water will be poisoned and our children will be stunted and our cattle will be victims of terrible intestinal explosions.

“The shale gas discovery…is glorious news for humanity. It doesn’t need the subsidy of wind power. I don’t know whether it will work in Britain, but we should get fracking right away.” 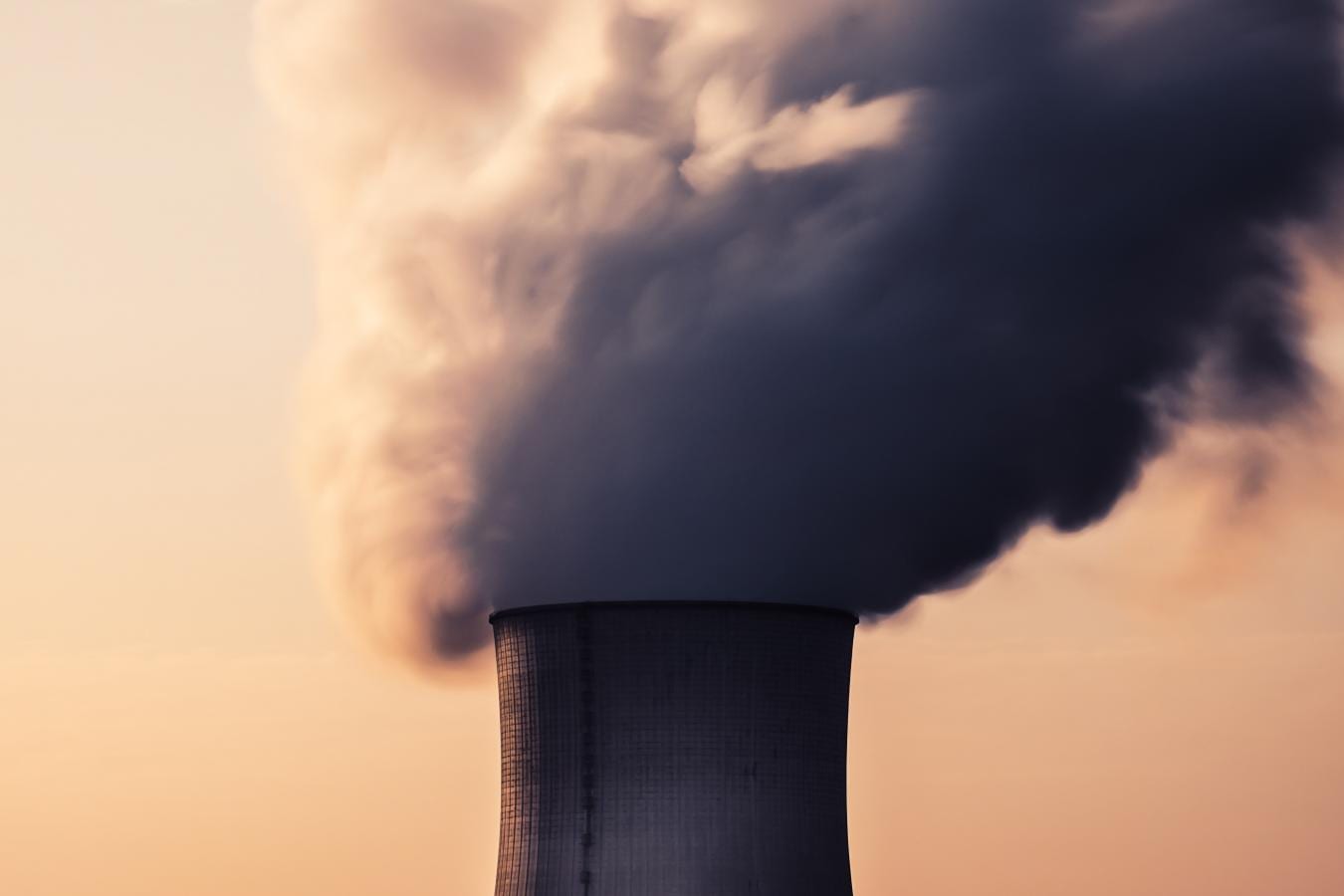 A keen cyclist, Boris announced a new London cycle hire scheme that would enable Londoners to pick-up and drop-off bikes across the capital. “I believe that the work we are carrying out can make the capital a city of cyclists, where to use two wheels is common, not curious.”  The scheme, one of Johnson’s manifesto promises, launched in July 2010, would come to be known colloquially as the ‘Boris bikes’.

As Mayor of London, Boris announced that the western extension of the London congestion charge zone, covering the borough of Kensington and Chelsea and parts of Westminster, was to be scrapped, having been introduced by his predecessor Ken Livingstone.  The move would halve the area of the congestion zone, which had been introduced in an effort to reduce carbon emissions and air pollution in central London.

In his Telegraph column, Boris condemned the advice of the UN’s Intergovernmental Panel on Climate Change that said that we need to reduce our meat intake, writing: “Look, I hate to be rude to the UN. I don’t want to seem churlish in the face of advice from a body as august and well-meaning as the Intergovernmental Panel on Climate Change. But if they seriously believe that I am going to give up eating meat – in the hope of reducing the temperature of the planet – then they must be totally barmy.

“Every weekend, rain or shine, I suggest that we flaunt our defiance of UN dietary recommendations with a series of vast Homeric barbecues.”

Feeling inspired to take a stand for the planet? Check out our guide on how to become a climate activist.

Find out about the Environmental Audit Committee’s inquiry into the sustainability of the fashion industry and read Charlotte Turner’s response to the government’s rejection of its recommendations.

Read 10 things you need to know about the Illegal Wildlife Trade.

What Does Online Shopping During Lockdown Mean for the Environment?
The Best Sustainable Design from FW20 Fashion Month
What Does Brexit Mean For Progress?
The London 2014 Green Carpet Collection by Stella McCartney