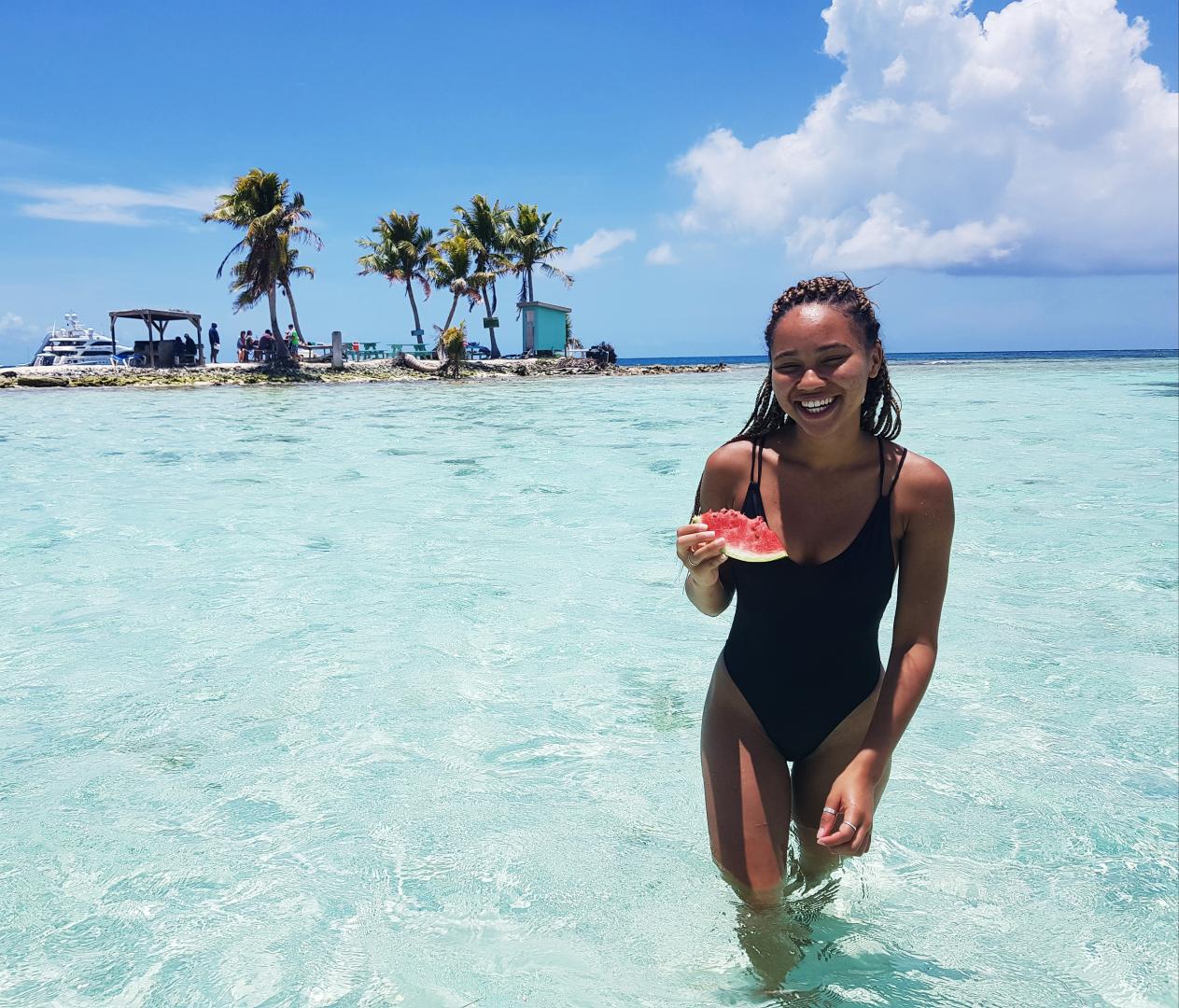 What I Learnt About Sustainable Travel When Backpacking in Central America

After two months of backpacking in Central America, sustainable living and ethical fashion blogger Mikaela Loach fills us in on what she learnt and how the countries she visited are setting an ambitious example for the rest of the world.

This summer I spent two months backpacking across Belize, Guatemala and Mexico. It was a completely wonderful experience filled with beautiful nature and people with a passion to take care of Mother Earth.

Many of you will probably have heard about Costa Rica – incredibly – declaring to be the first carbon neutral country by 2021. This ambitious attitude towards combating the climate crisis extends all over the region. Here’s what I learnt about the different ways Latin America is embracing the movement to combat the climate crisis from my backpacking trip.

So often in sustainability movements we focus primarily on the work being done in the West. However, in the communities that are affected most by plastic pollution and overfishing, it’s the people who live there who are taking action for change.

In Belize, single-use plastic imports were banned in April 2019. This is incredible. The plan from the Belizian government was to phase out Styrofoam, single use shopping bags and plastic cutlery, following fears of the vulnerability of the coastline to the enormous floating island of plastic in the Caribbean Sea. 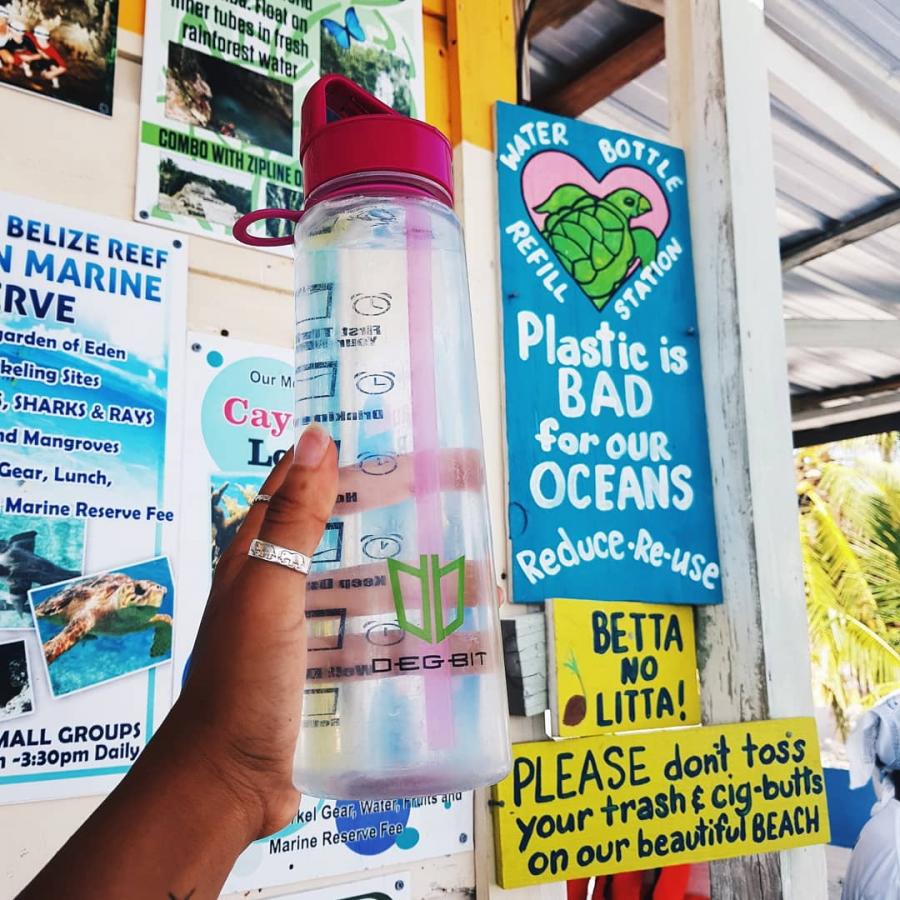 While I did still see single-use plastic whilst backpacking Belize, local people were keen to point out that what was being used is simply what’s left from before the import ban, and biodegradable alternatives are replacing them. Water refilling stations were numerous, as were small vendors selling bamboo straws on the side of the road and posters educating people about the plastic problem. In my short 10 days travelling through I had wonderful conversations with local people about sustainability, went litter picking with some kids around a small island, used the great and well-used bus network to travel on-land and was able to live waste free, surprisingly easily. Belizeans also seemed to have a pride surrounding the natural beauty of their country, and a strong feeling of responsibility in protecting and preserving it.

Guatemala was quite different: in my month there I didn’t venture to any coastal areas, so that could have something to do with it. In general, there seemed to be less of a focus – outside of the backpacker bubble – on waste reduction. For me though, what was truly wonderful in Guatemala was that all of the plastic water bottles we saw were made from recycled plastic. Every. Single. One. It did make me wonder why this isn’t the case globally. If we are going to recycle plastic, then we need to be making things out of recycled plastic, otherwise, what’s happening to all of those recycled bottles? 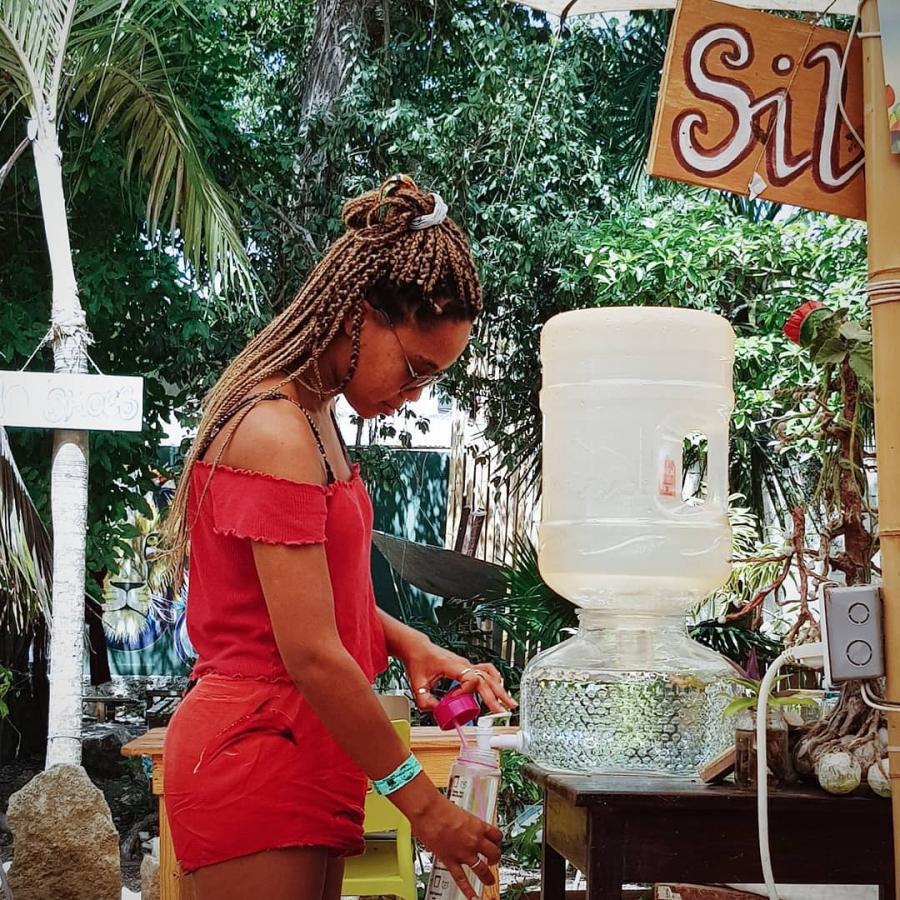 Within the backpacking bubble, Guatemala was a dream for the zero-waste backpacker. Refill stations with filtered water were available at every hostel we stayed in, vegan food was very easy to find and it was possible to travel everywhere by public transport. A lot of this is a world away from previous experiences I’ve had backpacking around South East Asia two years ago, and South America last summer.

Being right on the coast with wonderful coral reefs attracting divers and beaches, Quintana Roo and the Yucatan Peninsula were covered with anti-plastic campaigns, plastic-free alternatives and water tank refilling initiatives. Even in the airport as we left there was a whole installation teaching people about sustainability, plastic and overfishing. 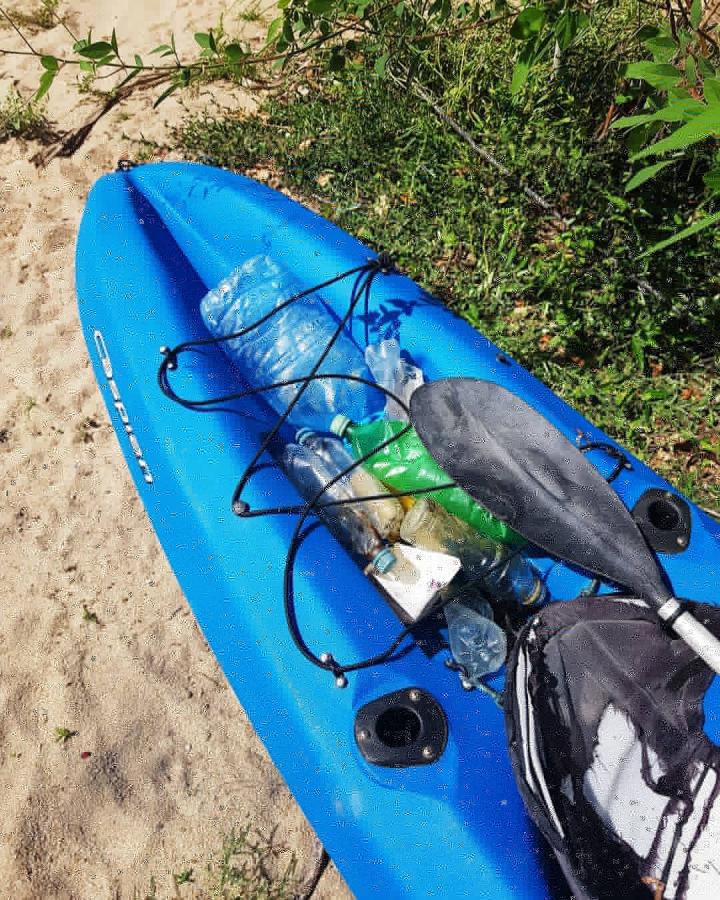 My favourite thing I saw in Mexico regarding sustainability was creative upcycling: beer or spirit bottles were made into ice cream glasses.

There were glass bottle returning schemes – in which shop owners would be financially rewarded for returning soda bottles to be refilled – many signs saying “sin popote” (translation: without straws) and supermarkets packing groceries into old cardboard crates rather than plastic bags. Whilst all of these may seem like small actions, collectively they will have saved a significant amount of plastic waste. When diving the reefs for multiple days, it was one of the only times when I didn’t have to pick up plastic from the seafloor. 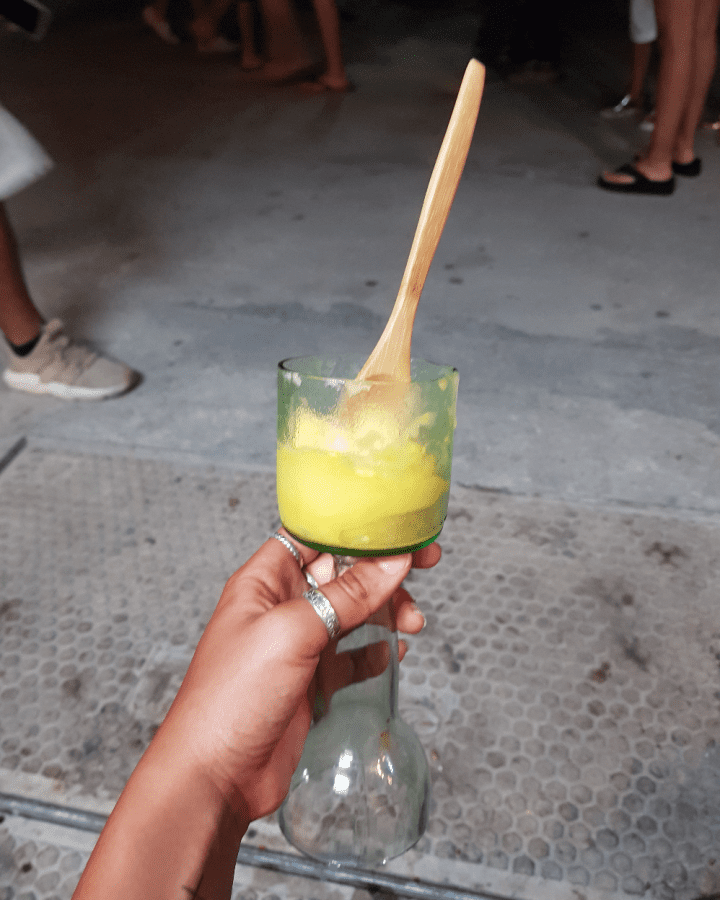 Even if these countries haven’t exactly met their ambitious goals, in many ways they are doing far better than the UK. We need to be ambitious and do the seemingly impossible, and the audacity of these policies is inspirational and challenging.

Find out how to offset your carbon emissions when travelling and which airlines are making sustainable air travel possible.

Check out these alternative ways to travel on your next getaway.

Book into one of the world’s best eco resorts and hotels.

Magic Milk Recipe
How To Talk To... Your Friends About Quitting Fast Fashion
How to Plan a Sustainable Hen Party or Stag Do
6 Stylish Sustainable Fashion Brands
Travel