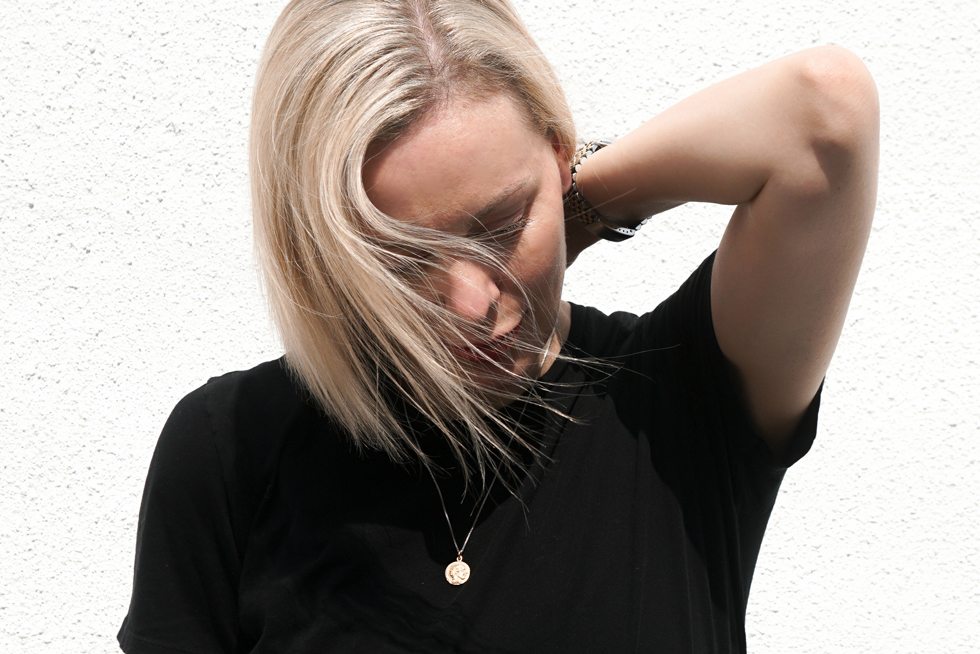 ‘Why Racism is Everybody’s Problem’: An Introduction to Allyship

Does your anti-racism work focus on enlightenment and entitlement? Social justice activist and Conscious Citizen Co founder Jo Lorenz explains what real allyship should look like, and where to start when it comes fighting oppression effectively.

For as long as I can remember, I’ve been absorbed by the concept of justice. Environmental justice, racial justice, cultural justice, political justice – all of it. I was always just so captivated by the right and wrong of equality and inequality – by the underdog up against the big, bad system. Even as a small child, I was never one to shy away from a healthy debate and I’ve always held the belief that one should openly stand by their values.

However, being an outspoken little so-and-so didn’t always translate to being heard. In fact, I remember the exact moment I realised I wasn’t being understood and that, unsurprisingly, my passion for justice wasn’t always shared.

I was 14 in High School, in Sydney, Australia, and for an English assignment on ‘How we Benefit from Society,’ I decided to write an essay on racism – specifically on the racism directed towards the Black community in America. Unlike my maths homework, I spent a lot of time writing the essay. I meticulously researched the facts, as best I knew how; included accounts and references from Black activists in history, as well as Black artists in pop-culture, music and film; and finally, also offered my no-doubt rather limited 14-year old opinion.

However, a week later, when this essay came back to me, my English teacher had not graded it, nor had she offered any critique on my structure or substance. How odd I thought? And then I saw it. Right there in red pen, at the bottom of the essay. “This is not your problem,” she had written. This is not your problem.

While this occurrence was very likely simply a speck in time for my teacher, it was ultimately a hugely significant and defining moment for me as a young teen. Her comments left me horrified, angry and deeply disappointed. Not only did it completely change how I viewed this teacher – it also made me lose faith in the entire system. Surely this grown, educated woman could see that racism was everybody’s problem?

Fast forward to 2020, nearly 30 years on, and I still don’t have a blanket remedy on how to eradicate racial injustice. Yet I do believe it’s imperative that our first actions must be to embrace the discomfort we’ve habitually been deflecting for so long. ‘Good’ white folks have become so accustomed to skirting around the issues of race and discrimination – or simply not recognising their existence – which consequently forces Black, Indigenous and People of Colour (BIPOC) into further oppression, frustration and, I can only image, utter exhaustion.

At the moment, we are bearing witness to calls for deep, systemic change thanks to the Black Lives Matter movements happening all around the world. This significant moment in history provides a prodigious opportunity for BIPOC communities, and their allies, to demand for a true and profound state of egalitarianism. Yet in addition to this, it also provides our businesses and establishments – our schools, our governments, our healthcare systems – with an incredible opportunity and the space to assess whether they are doing enough when it comes to race, inclusion, diversity, and bias.

For far too long we have been reverting to whiteness as the factory settings of our reality. It has defined what and who we see on television, who we are told to listen to within our businesses and institutions, who is ‘traditional’ or acceptable within our academia. Yet this existence is simply delusional and to quote academic, writer and lecturer, Rachel Cargle, “Why is white the default?”

Ask yourself: does my anti-racism work put my own growth first? Or does it first-and-foremost centre and respect the freedoms and greatness of BIPOC? If you’re prioritising your own personal growth above all else, then you need to recognise that this is not anti-racism work. Your focus on your own enlightenment does not protect BIPOC lives. Your focus on your own enlightenment is simply white supremacy.

White supremacy is a construct, from which white folks (myself included) have benefited for centuries – and as a white woman, I believe it is my duty to not only actively dismantle white supremacy, yet also commission other folks to join the cause. I mean, let’s be honest here: if white folks are not willing to own racism in its entirety, then the problem will persist.

While the Black Lives Matter movement began in America, the fundamentals of the movement are universal, albeit with different variations and intersectional context. Over the last few months we have seen some much-needed social justice strides – yet simultaneously, we’re still beholden to monumental levels of complacency as a myriad of racism continues to be overlooked. Celebrating positive momentum while ignoring negative undercurrents undermines all positive progress.

Each and every single person has the potential to have a huge, lasting and positive impact on our planet and her people. If there is resistance to your calls for justice from within establishments, does that mean you are wrong? Absolutely not – it means you’re on to something.

The centuries of silence – of letting injustice reign unattested – is over. Within your power are the keys and solutions to our world’s future. Will ours be a world based upon the continual upholding of a construct that has resulted in the oppression of so many humans, as well as the degradation of our natural environment?

Or will it be a planet based upon celebrating and sustaining human lives from every width of our world – acknowledging our roles within an inequitable system and then committing to change – devoting our voices to humankind and the future of our natural world?

Hands up who’s in for the latter?

Consult out list of anti-racism resources to start learning from today.

Intersectional justice means reforming our institutions – here’s where to start.

Creating Plastic-Free Party Dressing with Bio Iridescent Sequin
Fibershed's Rebecca Burgess: “What Do Clothes Have To Do With Agriculture?”
Livia Firth: Why, after 12 years of working in sustainability, we are launching the Eco-Verse
Lucy Siegle and Livia Firth launch Fashion Critical: An Emergency Podcast for Times of Crisis