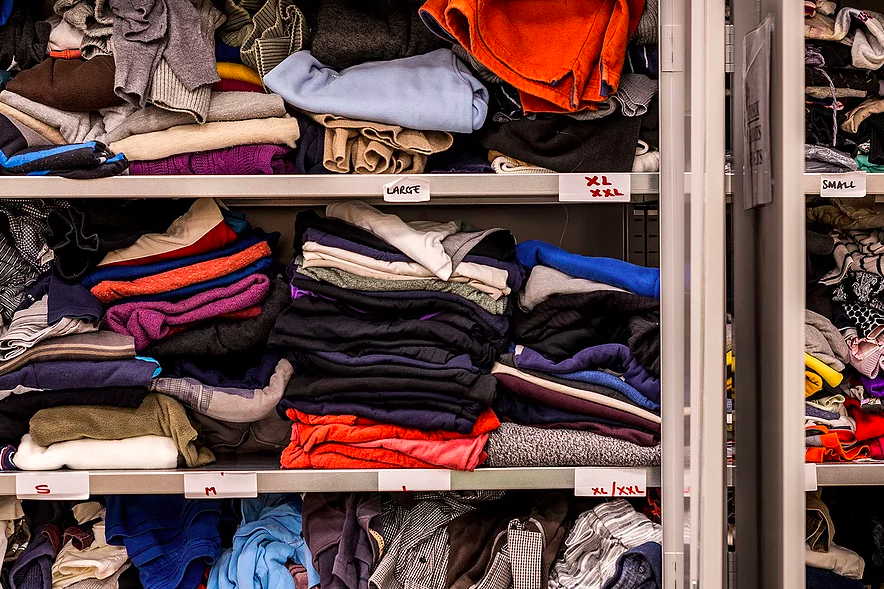 Where To Donate Your Warm Clothes This Winter

With the onset of cold weather, it’s extra important to help those particularly vulnerable wrap up for winter. Beatrice Murray-Nag looks into the local charities calling for clothing donations and how to best make sure our surplus winter warmers are helping those in need.

Winter is well on its way, and those who feel the change in temperatures most will undoubtedly be the hundreds of thousands of individuals sleeping on our streets. With an estimated total of 320,000 homeless people across the UK in 2018, the first frost marks the start of a strenuous season for many sleeping rough. The shocking statistic that the homeless are thirteen times more vulnerable to hypothermia than the general population highlights the importance of helping others to keep warm during winter, and that’s where your clothes come in.

While the first point of call should be getting the required support for anyone on the streets, using services like StreetLink to alert outreach teams to anyone sleeping rough, cold-weather donations do make a big difference. Thick coats, jumpers, jeans and clean underwear are commonplace on the urgent supply lists of homeless charities, and the chances are that we already have such pieces of clothing at the back of our wardrobes. With this in mind, we compiled a city-specific guide of places where you can donate your surplus garments and offer support during the coldest season.

This November, Londoners can donate their surplus coats to those who struggle to keep warm over winter through Wrap Up London. Having partnered with over 100 charities based in the capital who will be responsible for distributing the coats, the event organisers aim to use the donations to build lasting relationships between charity organisations and vulnerable people. With collections taking place across the city, entrusting them with your outerwear means it will reach those most in need.

Working through both street outreach and drop-in centres, Barnabus have been helping the homeless in Manchester since 1991 when one man shared his sandwhiches and a flask of hot coffee. Now, it is asking for support from the city in providing food, unwanted clothes, unused toiletries, underwear and socks in a bid to “help those sleeping rough feel human again.” 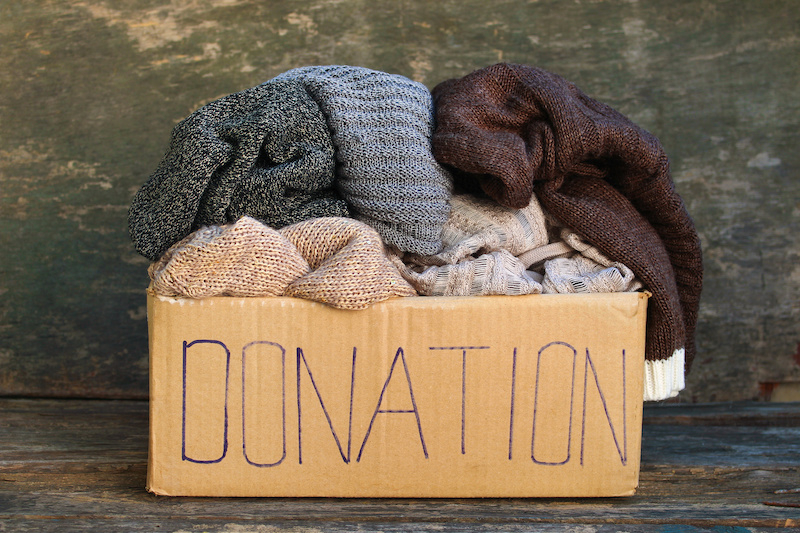 Setting out to help the 1,152 registered cases of homelessness in Birmingham, Let’s Feed Brum wants to offer food and friendship to those in need. Having partnered with the city’s top restaurants and cafes to set up regular food donations for its soup kitchens, it is also calling for other donations to share with the community it supports. Currently on the most wanted list are sleeping bags, coats, woolly hats, socks, underwear, sanitary products & toiletries.

An emergency shelter in Bristol’s St Pauls area, the Julian Trust offers food, warmth and a bed for the night to those sleeping on the streets. The centre welcomes clothes donations for their residents, including men’s warm jackets & coats, gloves, jeans, trainers, socks and boxer shorts.

The Edinburgh Clothing Store is a free resource that offers clothes, shoes and bedding to the people who need it most. Open to anyone who is referred by a social carer or health agency, the service helps around 1,500 individuals per year. Running solely on donations and volunteer efforts, it is always in need of clean, quality clothing, bedding and towels that make sure to keep the service going. 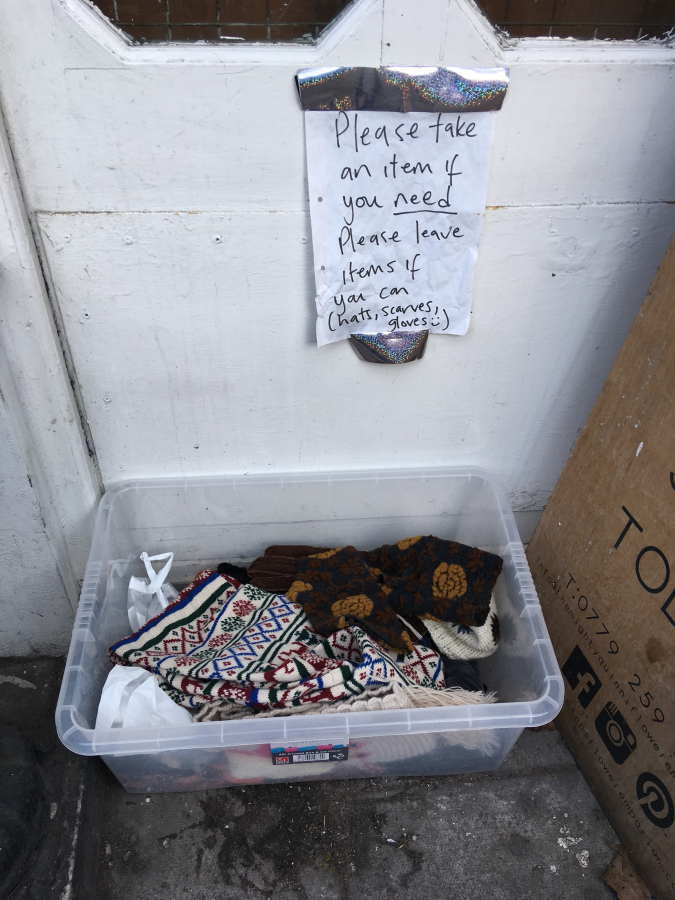 Nottingham-based homeless charity The Friary set out to help those who have fallen into homelessness to get back on track through practical and emotional support. It is currently calling for donations of jeans, t-shirts, jumpers, shirts, socks, footwear, non-perishable & tinned food, toiletries, rucksacks, sleeping bags, jackets, small household & electrical items for starter packs.

Aiming to work towards their vision of an inclusive society, Merchant’s Quay Irelandsets out to offer high-quality and effective support to those dealing with homelessness and addiction. To help keep its service users dry, warm and healthy, it welcomes donations of hats, scarves and gloves as well as underwear and toiletries.

Want to help others over Christmas? Read our list of gifts that give back.

Discover our pick of the best community cafés in the UK.

Celebrate Giving Tuesday with our favourite ways to give back to the community.

Slower Living and Changes to Consumption: Reflecting on 2020
We Need To Include The Middle East In The Sustainable Fashion Conversation
A Year of Wildfires: Why Fires Are Spreading Across the Globe
Earth Logic: A Fashion Action Research Plan Putting the Planet First