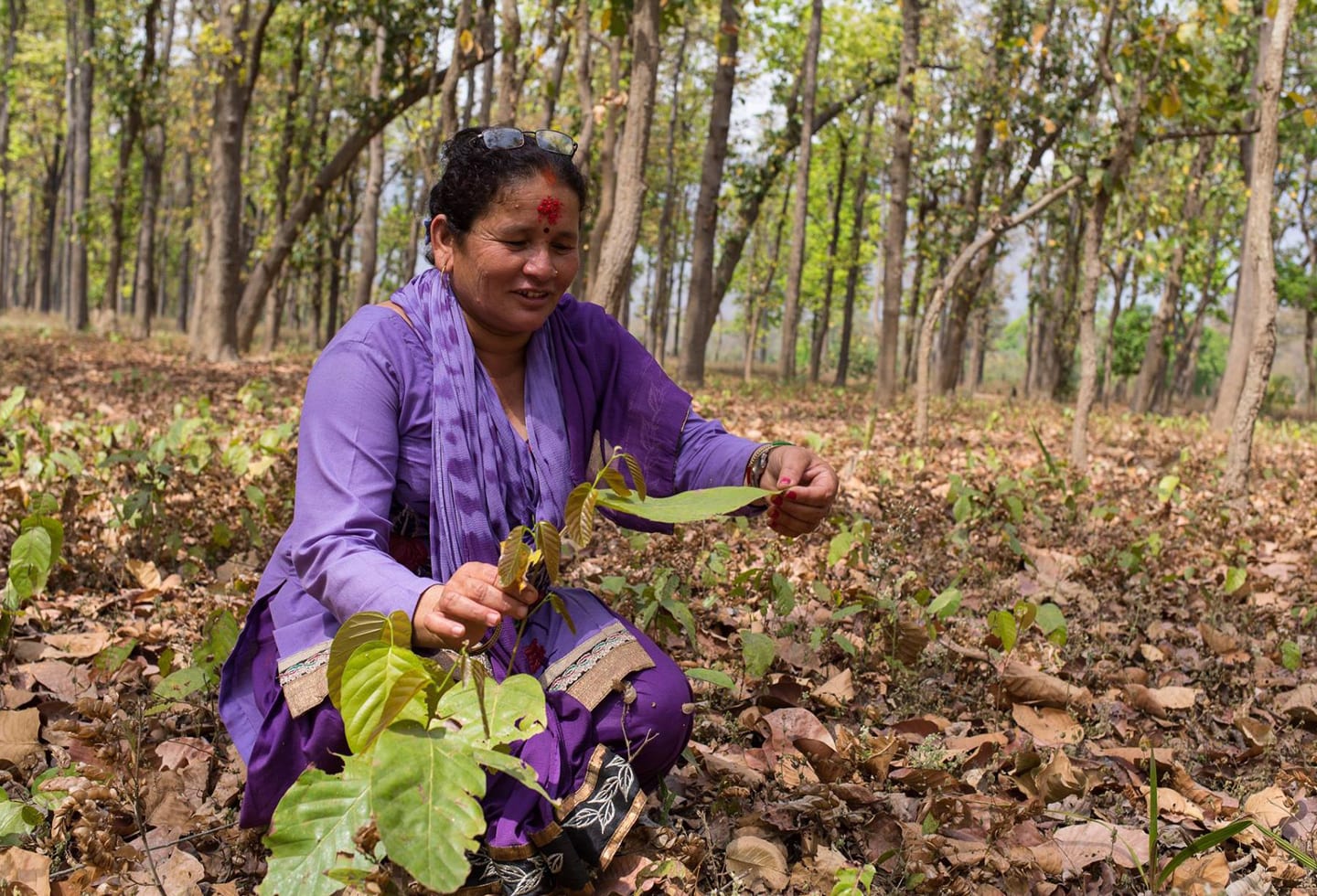 Why Female Empowerment and Conservation Are Inextricably Linked

From Zimbabwe to Nepal, women worldwide have been empowered through learning about conservation. Rose Ellis explores the natural female relationship to the Earth, and why protecting women and the planet go hand in hand.

History has shown a great similarity in the degradation of both women and nature. In the book ‘Ecofeminism,’ Maria Mies and Vandana Shiva share a powerful statement: “The rape of the Earth and rape of women are intimately linked – both metaphorically and materially.”

Their words are thought provoking, and perhaps resonate now more than ever before. Today, UN statistics state that women make up 80 per cent of the people displaced by climate change globally.

But while women are the most at risk, they also may hold a missing link to saving our Mother Earth. Empowering and educating women give the very people who often live closest to nature more control and power over its future. So much so, in fact, that Project Drawdown lists educating women and girls as number six in its list of the 100 most pivotal actions to reduce our environmental impact. The benefits of female education trickle down through the community too; in Africa for example, studies by UN Women have shown that working women invest as much as three times more of their income into their families as men. So, giving these women a job and economic independence also empowers them at the local and family level. And that’s where conservation comes in.

Take the Akashinga unit of female anti-poachers in Zimbabwe. The group is led by Damien Mander who recruited women specifically, in an industry that is typically outnumbered by men by 100:1. With a name which literally translates to mean ‘brave ones’ in the Shona language, all the Akashinga women are survivors of serious sexual assault, domestic abuse, AIDS orphans, single mothers, abandoned wives or sex workers. “We thought we were putting (the women) through hell (in training), but it turns out they’ve already been through it” Damien explained, in an interview with National Geographic last year.

Their experience has consequently made them stronger and more resilient than he ever imagined. Women have even been found to be less susceptible to bribery and Mander believes that women’s tendency to deescalate conflict with communication makes them particularly effective at working in this space. The Akashinga women have been successful at taking down several poaching syndicates and are true champions of conservation in their own right. 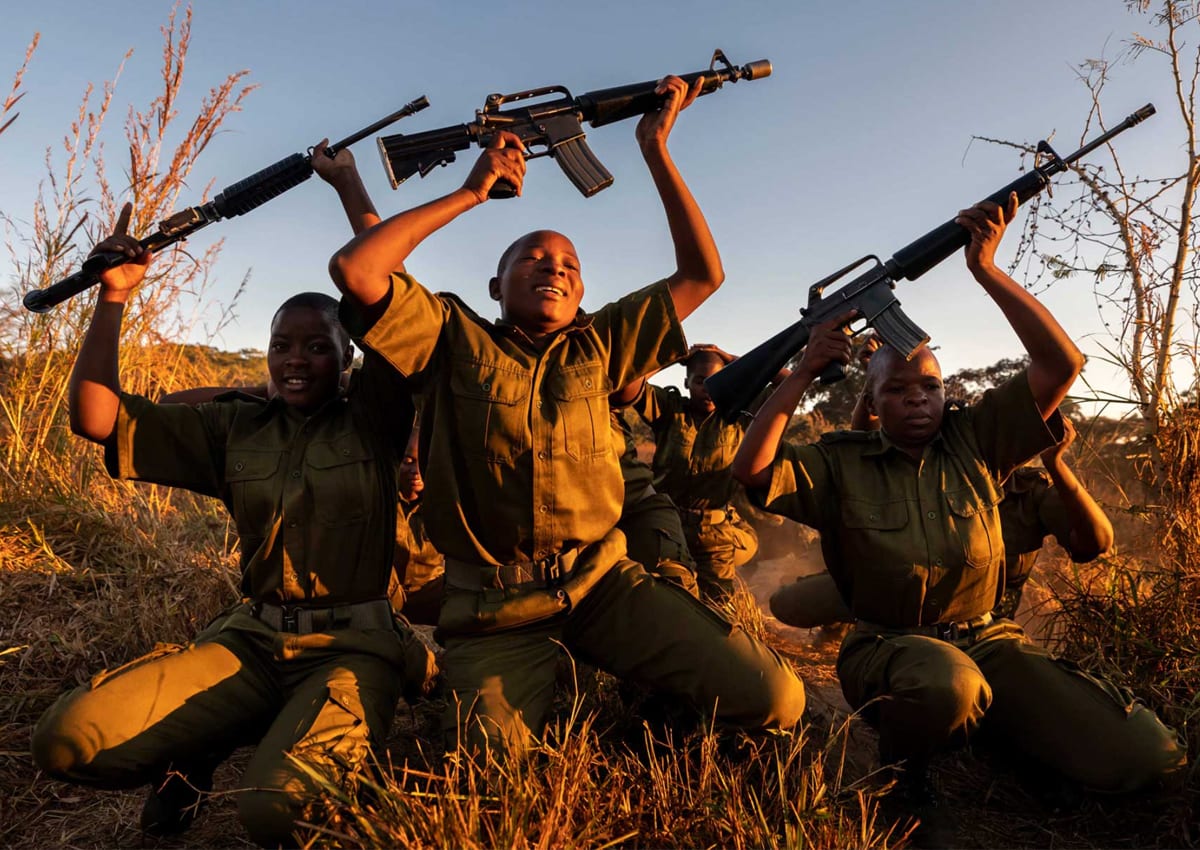 So why is it exactly that women have a natural aptitude when it comes to conservation work?  Research has shown that women are socialised to be more compassionate, caring and cooperative than men; characteristics which are transferred into environmental protection. Traditional gender roles also dictate that women in most developing countries are more likely to take on tasks such as collecting firewood, growing vegetables and tending to crops. Through these daily practices, women develop a deeper understanding of the role of trees, soil and water; three of the major global carbon sinks.

This knowledge is vital when it comes to mitigating global climate change and lends itself well to conservation projects such as sustainable forest management. Bina Agarwal, professor of development economics and environment at the Global Development Institute at The University of Manchester, even found that forest committees with a higher percentage of women led to greater forest condition.

Nepal’s Terai Arc offers a valuable example. In this landscape spanning southern Nepal and northern India, local people depend on the forest for their livelihood, sourcing food, water, shelter and firewood. To protect these resources, the Mahila Jagaran Community Forestry User Group was created. Run solely by women, the project helps to regenerate overused forests, as well as sustainably harvesting wood that can be sold to generate income. The community is now able to manage several government-owned forests too.

“At first, they said women can’t manage an entire forest on their own,” Jalpa Bistra, former president of the community group, shared with WWF Nepal. “But we continued planting. There has been so much growth now—we’ve not only proved them wrong but we’ve also surprised ourselves.”

The WWF also found that compared to other women, those empowered in this way could then implement more conservation practices on their own farms back home. They would also understand the link between conservation and wellbeing and would likely participate in conservation patrolling and report more illegal activities. 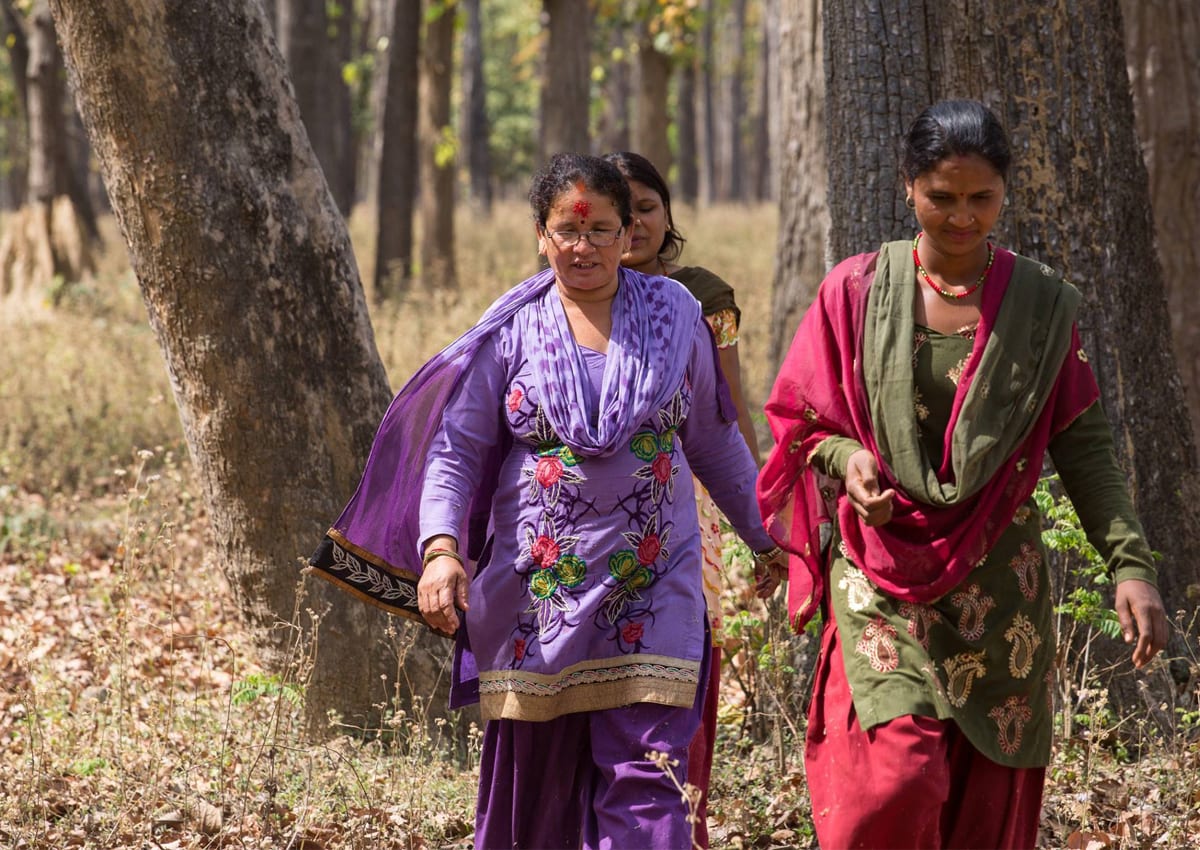 Another fundamental intersection between female education and conservation is reproductive empowerment. Women become marginalised when they do not have control over their reproductive health choices, and it can further burden a family if they have unplanned children. This in turn can put additional strain on the local environment, perhaps forcing them into unsustainable practices.

Yet through education and contraception, women can be empowered to control the number of children they have and when they have them, making them in turn more likely to keep population growth lower. The WWF and the Jane Goodall Institute are both advocates for this practice, and family planning succeeds education of women and girls as number seven in Project Drawdown.

It seems conservation and women’s empowerment, particularly in developing countries, are so entwined that both are crucial to each other. While some women’s rights activists struggle to support the intersection between the two, as they worry women’s own needs may not be put above conservation needs, the relationship is symbiotic: women need conservation, and conservation needs women. Without empowerment, women are less likely to fully reach their full conservationist potential, and the destruction of the environment continues to put lives at risk.

To me, it seems simple: it is in the best interest of us all to empower women whilst also conserving the environment. The people who are most likely to experience adverse effects of global climate change and yet hold so much valuable knowledge should no longer be left out of the conversation. If the degradation of women and degradation of the environment are so linked, then so is the solution.

Discover how Covid-19 is affecting conservation efforts around the world.

Meet the students from the Malaika school, empowering girls in the DRC through education.

World Oceans Day: Meet the rising star of Ocean Conservation, Titouan Bernicot
Here’s How Farming Affects Us All, From A Regenerative Farming Expert
Choosing To Challenge For International Women's Day 2021
Andrew Morgan: Why The Diamonds of Botswana Is A Story of Hope and Humanity