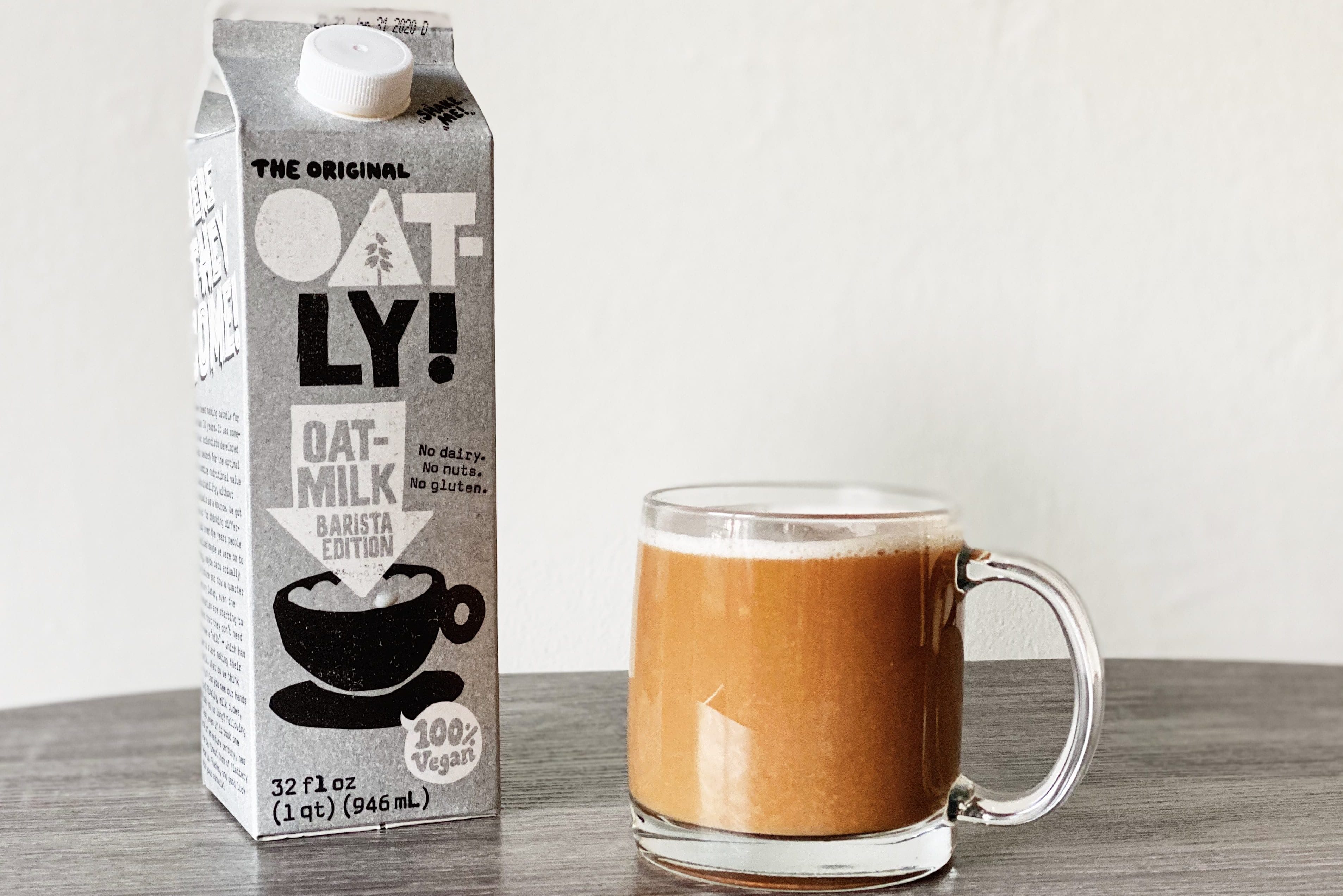 Environmental activist and blogger Laura Young, otherwise known as @lesswastelaura, digs deeper into the Oatly / Blackstone debate and explores why this investment has caused outrage amongst Oatly fans, posing the question –  is there any ethical consumption under capitalism?

Oatly had it all. Often hailed the ‘king’ of plant-based milks, it was becoming a household name and a favourite of those looking for a dairy-free diet, and particularly those interested in planet friendly food. It didn’t just taste delicious, foam perfectly in your coffee, and offer a fantastic 1-for-1 swap to cow’s milks, the company also had incredible sustainable and ethical credentials, and impressive aims and sustainability reports. That was, until July 2020 when the news broke about its newest investor Blackstone, leaving a sour taste in Oatly supporters’ mouths. Then came the social media storm of supporters demanding answers from the oat milk leader.

But, who is Blackstone?

“Blackstone is a leading global investment business investing capital on behalf of pension funds, large institutions and individuals.” Its total investments including real estate, private equity, hedge fund solutions, and credit reaches well over $500 billion making them one of the biggest investment groups in the world. In July of this year, Blackstone invested around $200 million into Oatly – making it the new 10% owner of the Swedish oat milk brand.

So, isn’t this a good thing? Isn’t major investment into green business a great start for bringing plant-based and planet-friendly food options to a larger market? And isn’t this sending messages that sustainable business is good business for other investments in the future?

Why then, have so many individuals and retailers boycotted Oatly after this news, with a storm of people calling the brand out on social media?

What are the hesitations around the Blackstone investment group?*

There has been much speculation as to the links between Blackstone and deforestation in the Amazon. The Brazilian logistics company Hidrovias, which is invested in by Blackstone, has been accused of being responsible for deforestation in the Amazon to build a controversial highway. The highway would facilitate the export of food such as grains and soybeans, which are then shipped across the world from the shipping terminal at Miritituba deep in the Amazon. This shipping terminal is also run by Hidrovias, which is part owned by Blackstone, and is largely invested in by Pátria Investimentos, which Blackstone also invests in.

If correct, this would be completely contradictory to both Oatly and Blackstone’s supposed statements about environmental protection:

Oatly: “Our goal is to always deliver products that have maximum nutritional value and minimal environmental impact…We promise to be a good company which means that our drive to help people upgrade their lives always comes before the reckless pursuit of profit…We strive to produce the most sustainable, responsible products on the market and are continually looking for better ways to make our products even better.”

Blackstone:  “Blackstone is committed to responsible environmental stewardship…This focus and dedication is embedded in every investment decision we make and guides how we conduct ourselves as operators.”

However, Blackstone has since denied Hidrovias’ involvement with the highway, which is allegedly owned by the Brazilian government. 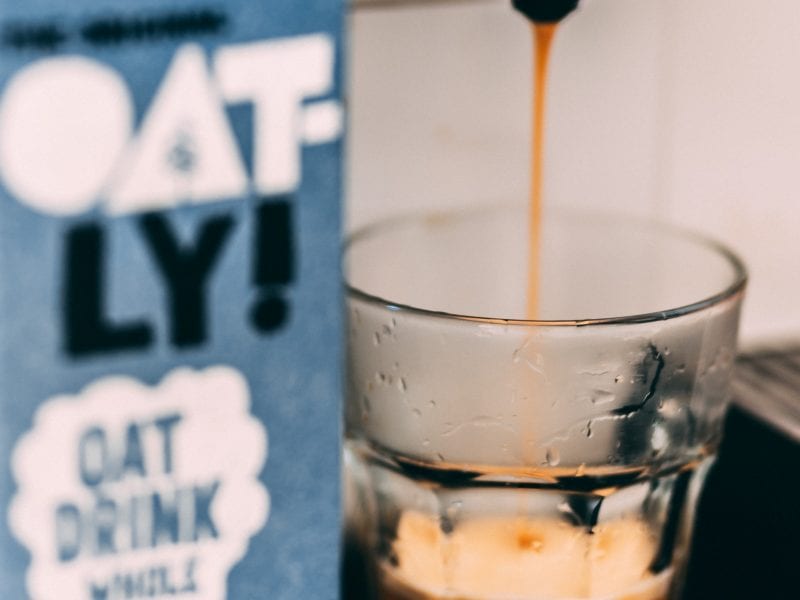 The CEO of Blackstone, Stephen Schwazman, has donated millions of dollars to the Trump administration, particularly through supporting Kentucky Senator Mitch McConnell in recent years, with $3.7 million being donated for the 2020 election campaign. This adds to Oatly supporter’s confusion further, as donating to an administration who have various concerning environmental and ethical stances again moves away from this oat milk brand’s ethos. You only have to Google ‘Trump’ and ‘climate change’ in the same sentence to get a plethora of news stories about the failings of his presidency to stay consistent on the ‘opinion’ and science of climate change, policies which you can read all about here, and of course pulling out of the United Nations Paris agreement on climate change.

*as an investment group of over $500 billion there will undoubtedly be other controversial investments, however for the purpose of keeping this article of a manageable size, the two main concerning links were chosen.

Pause for a second.

This is not dumping on oat milk. Personally, I am a convert for sustainability reasons – it’s one of the biggest solutions to reducing food carbon emissions; using less water, land, and carbon to produce than its dairy milk counterpart and many other plant-based options, and a pretty good one-for-one switch. However, I’m not going to put my money into companies which can appear to be selling out to the highest bidder, particularly if that investment leads to the destruction of the planet, or to putting people’s lives and land at risk. There are plenty more companies to choose from – or I can make my own!

This new deal has Ben and Jerry vibes from when it was sold into the Unilever family. That said, the deal did lead to a bit of a shift in Unilever’s sustainability practice, however arguably not nearly enough to be where it needs to be.

So why are big investors in sustainable business such bad news? What does this mean when big investment comes to growing sustainable brands? Is this not a good thing? Is this not helping the market for sustainable products? I am going to give my opinion as to why this isn’t good, and why when this has happened in the past (eg. Ecover to SC Johnson) it has meant it is time to find other brands to support.

This has opened up the question – is there any ethical consumption under capitalism?

One of the biggest reasons Oatly has received such backlash against this new investor is because it has previously, and continues to, hail itself as ‘the best’ in terms of sustainability and ethical production. This was one of the most unforeseeable business decisions any supporter of the brand could have predicted. Oatly has since released a statement about its decision to do this, and has been defending its choice all over social media. I also met with its chief sustainability officer, Ashley Allen, to discuss some of the waves of concern coming after this story hit mainstream media. The brand’s personable social media presence fools you into thinking this multi million dollar business is one of your friends who is trying to make the world a better place, and sweet talks you into agreeing with its decisions, however it is important that we, as consumers, make up our own minds about this deal and brand.

The main positive to come from this story, however, is that of collective consumer power. We demanded better and more from a sustainable company, and it was forced to speak out. We have had our voices heard, not just by Oatly, but by other brands showing that authenticity and transparency are the bare minimum, and from investment companies who now know token sustainable investments are not going to fool us.

This then opens up the conversation for us to look into sustainable investments, money, and the world of finance. The idea of our money as consumers supporting practices we don’t believe in through investments and profit is so important, now more than ever, and we must question our favourite brands; ‘sustainable’ or not. This issue is not black and white, and for many brands receiving any investment no matter how big or small can be a lifeline to bring essential sustainable options to more people locally and globally. We must ensure that investments are becoming greener; sustainable brands become more attractive as investment options; and ultimately that these investments are ‘good’ for both people and planet!

Blackstone has since reached out in regard to the claims made in this article. A spokesperson from Blackstone said: “Blackstone are deeply proud of our commitment to sustainability, we have a long history of making our companies more sustainable and recently announced a goal of reducing carbon emissions by 15% across all new investments within the first 3 years of ownership where we control the energy use.”

Blackstone also denies the comments made about Hidrovias, adding that “Hidrovias does not own, control or have any interest – direct or indirect – in the road in question, which has been operated by the Brazilian government since 1976. Hidrovias’ port operations play an important role in reducing carbon emissions by taking a significant number of trucks (approximately 90,000/year) off of the road in Brazil – shifting that traffic to waterways.”

In terms of the funding of the Trump administration, Blackstone added: “Blackstone’s senior leadership team are bi-partisan, our people have supported candidates across the political spectrum. Steve Schwarzman has helped presidents of both parties on various initiatives over the years. Jon Gray, President & COO and Tony James, Vice Chairman are prominent and long-time Democratic donors, holding major fundraisers for VP Biden.

The opinion expressed in this article is that of its author Laura Young, and we encourage everyone to extend their research on the subject. If you would like to find out more about Blackstone’s response to the Oatly debate, it provides the following resources to do so:

GCFA, Italia 2020: All The Highlights from the Green Carpet Fashion Awards
Eco-Age CEO Simon Whitehouse on Sustainability, Leadership, and Mental Health
Packaging Innovation and Luxury Packaging 2019 - Our Key Takeaways
How Could A No-Deal Brexit Affect The Environment?