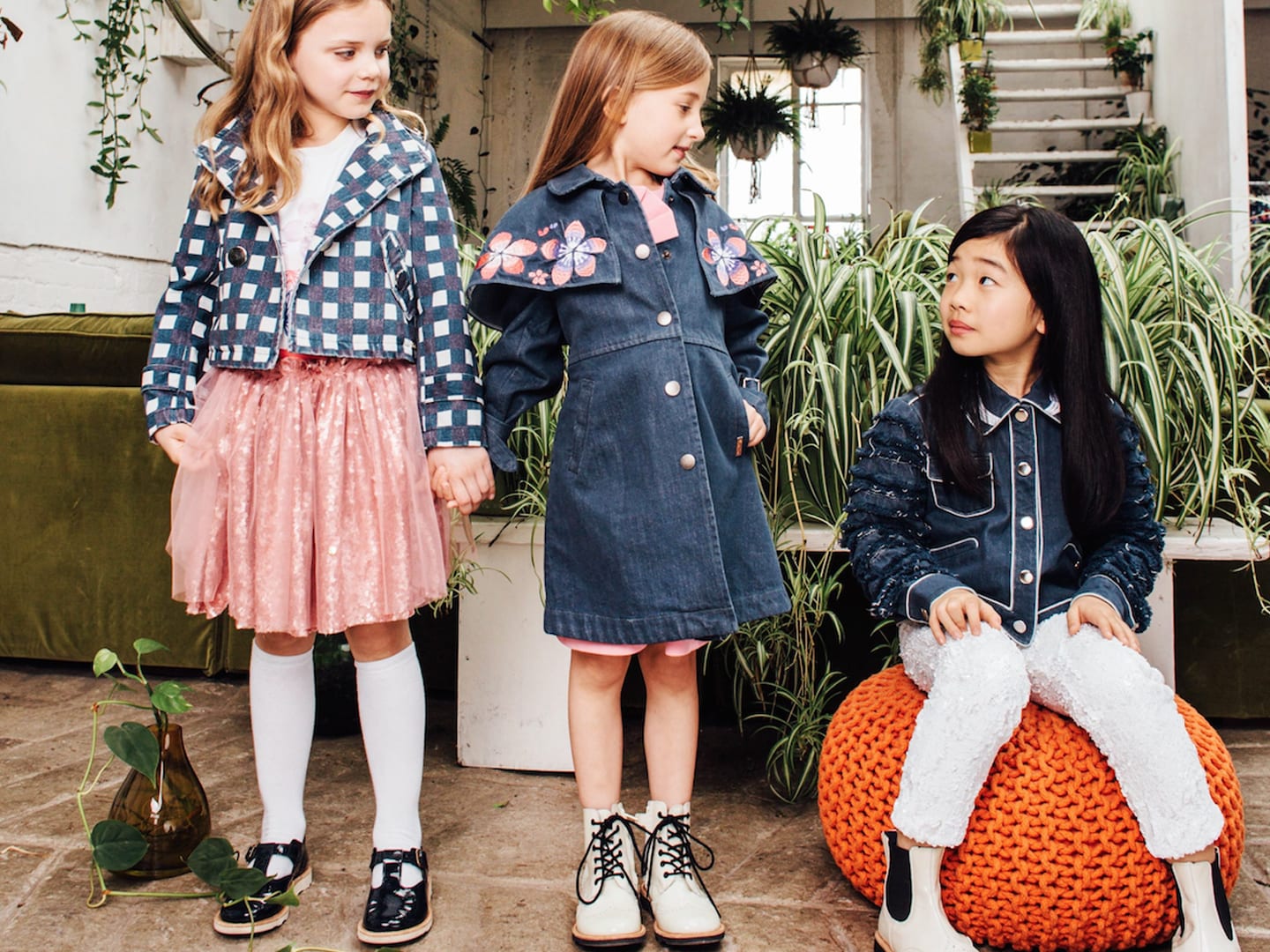 Why Hand-Me-Down Children’s Clothes Are Making A Comeback

As a rise in second-hand shopping grows ever more exponentially, hand-me-down culture is finally getting the rebranding it deserves. We followed the story of a perfect party dress, passed down from one happy wearer to another through Kidswear Collective.

Children’s clothes are known for their infamously short life cycle. Even when acquired three sizes too large, they seem to be pulling at the seams within a matter of months. It’s a story that every parent knows all too well, as drawers and wardrobes fill up with barely worn garments, desperate for a new lease of life.

While in the past, the words ‘hand-me-down’ might have once conjured up images of dull, unwanted clothes from our older siblings, our approach to fashion is changing and with it our definition of what is desirable. As sustainably minded shoppers wake up to the environmental impact of garment production, extending the lifecycle of clothing is suddenly a hot topic, with parents and children alike are playing their part in the swapping, sharing and reselling revolution.

New platforms are now are popping up to facilitate this interest, changing the face of second-hand childrenswear into something appealing for all ages. Websites such as Loopster are making shopping second hand accessible by moving the experience away from rummaging through charity shops to simply browsing online, while Kidswear Collective focuses on extending the lifecycle of pre-existing designer childrenswear. “There has never been a better – or more important time – to change the way we shop,” explains founder Shoshana Kazab, “but without having to compromise on quality.” 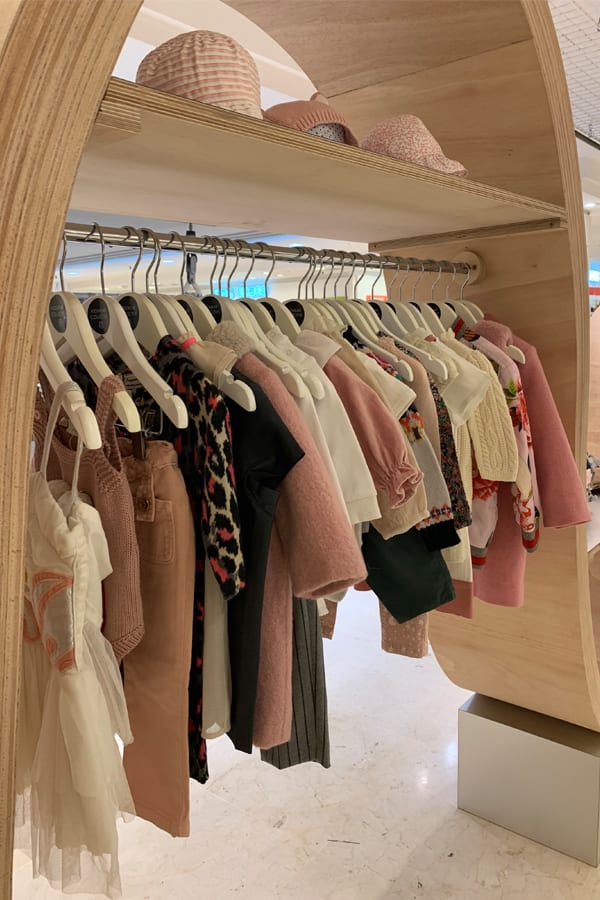 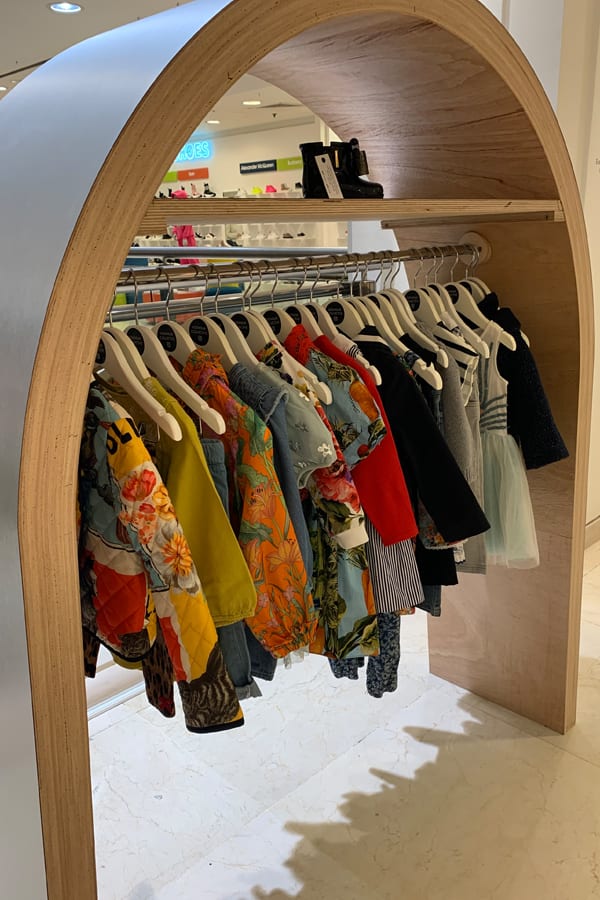 The Kidswear Collective Pop-Up in Selfridges, open from 16th March for three months

Kidswear Collective has embarked on the mission of making hand-me-down culture cool again, partnering with different influencers who have their own pages filled with their children’s pre-loved goods on the website. One such influencer is Pearl Lowe, former rock singer-songwriter turned fashion and interior designer. True to expectation, her page is filled with checked rock-chick shirts and dungarees, as well as the most picture-perfect girls’ party dress you have ever seen.

“This was my daughter Betty’s favourite dress and she felt like a princess when she wore it,” Pearl smiles, as she reminisces about the moments she spent wearing it. “I won’t be having any more children, so I think it’s lovely that there that is another little girl out there that will be able to wear it and have her own memories in it. “I love the Kidswear Collective’s ethos and I thought it would be a great way to let go of the designer clothes that my children once loved. We always donate all their other clothes to charity.”

“I have known about of the environmental impact of children’s clothing for years,” she continues. “I have always held onto my children’s clothes, so I could pass them down to my family and friend. I have pieces dating back at least 20 years, that my youngest daughter Betty has just started wearing now.” 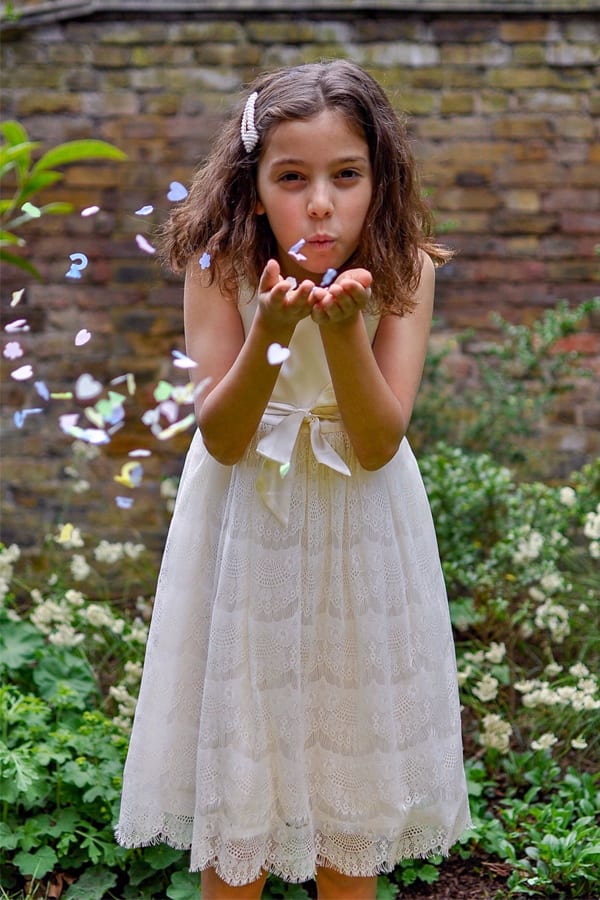 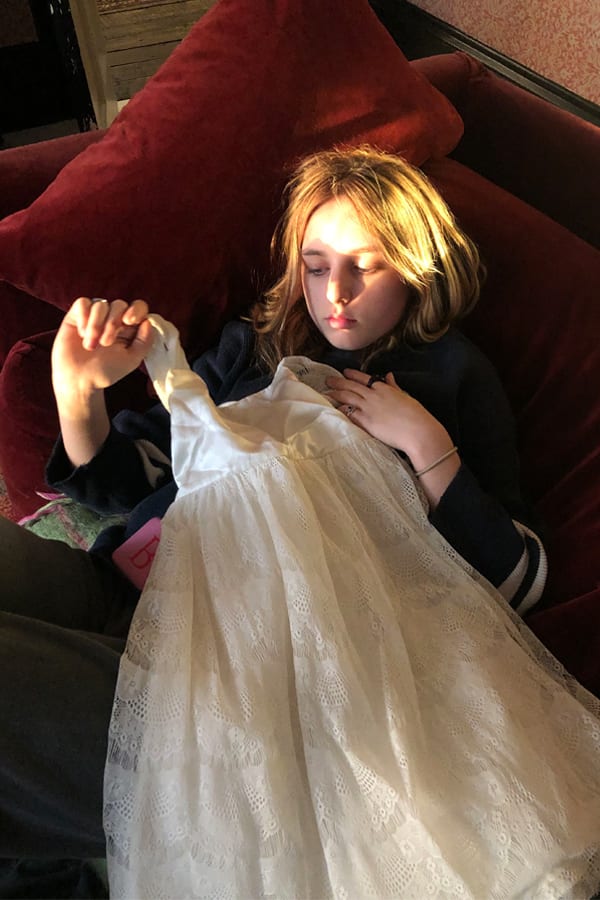 After being listed on the Kidswear Collective website, Betty’s old dress was soon found by an excited new owner; the daughter of fellow planet-conscious parent Christina Christodoulou. After becoming aware of the damage fast fashion brands are doing to our earth, Christina was quick to join the new wave of hand-me-down enthusiasts. “It is a huge concern that the fashion industry as a whole is focusing on fast fashion and increasingly targeting younger kids and teens,” she explains. “To counter this however, they are the generation that have the most valuable conversations about sustainable fashion and peer influence is huge! My daughter was the one that chose the dress, and without even considering the fact that it was second hand.”

True to Christina’s tale, the statistics support the idea that children themselves are becoming ever more educated about the climate crisis and ready to make more responsible choices with their clothing. According to thredUP’s 2019 Resale Report, younger generations including not just millennials but Gen Z as well are adopting second hand 2.5 times faster than other age groups. With the #FridaysForFuture movement’s global involvement of school kids in the climate conversation, it appears that more and more young people are becoming conscious of their everyday actions on the planet. Perhaps the comeback of hand-me-down clothing is thanks to more than just parents who looking to lower their impact?

“I truly believe that the future generations will be spending decades clearing up all the mess that we have created,” Christina shares. “They will put all their efforts into shifting awareness from a micro to a macro level. Their role models are increasingly becoming youths with a purpose and a message, such as Malala and Greta Thunberg. Having people like this to look up to empowers kids today, teaching them to believe that they can all both individually and collectively make a difference.”

Thanks to this increased awareness among both parents and their children, hand-me-down culture is finally getting the reputation that it deserves. A far cry from tattered tops and grass-stained jeans, this new wave of second-hand sellers is breathing a new lease of life into both the concept as they are to the clothes themselves. Luxury retail giant Selfridges has even caught onto the trend, hosting a pop-up with the Kids Collective in their Oxford Street store. “It’s a unique concept which allows us to experiment with a new retail model, while extending the lifespan of pre-owned children’s clothing and offering our customers a new way to buy – and sell,” kidswear buying manager Helen Attwood explains.

After all, what better way to outfit the most environmentally active generation yet?

Discover our pick of the best sustainable brands for kids.

Still got children’s clothes to spare? Find out how best to recycle them.

A Year of Wildfires: Why Fires Are Spreading Across the Globe
Young Activists Urge Greater Action on Climate Change
18 and Under: A Generation of Inspiring Climate Activists
Starting My Sustainable Business: Chaos and Colour’s Pariss Cozier