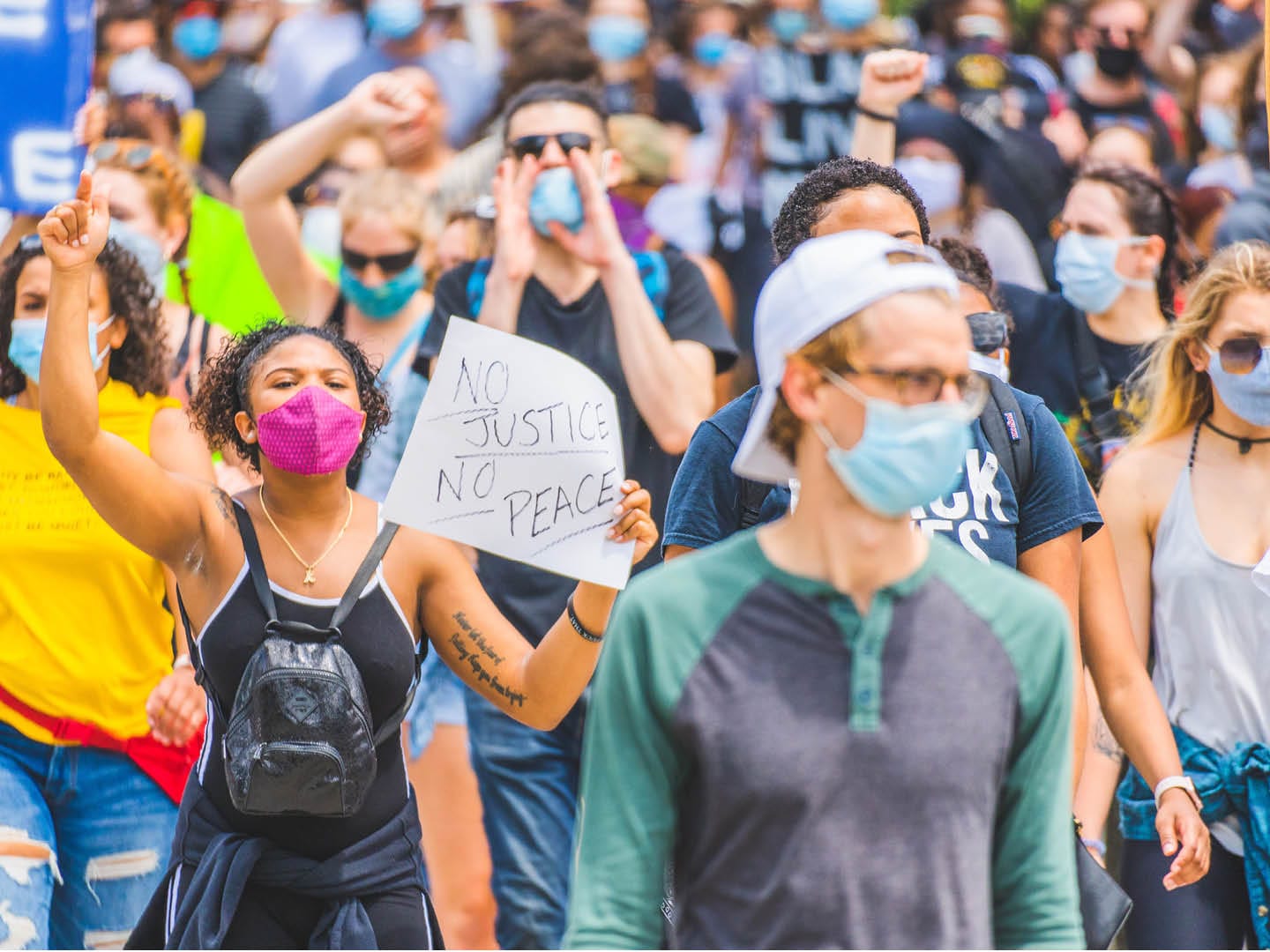 Why Social Media Campaigning Alone Is Not Enough

If it was anything like mine, your Instagram feed will have looked a little different this week.

On #BlackOutTuesday, millions of people across the world and from different walks of life paused their usual content to post a black square, to show solidarity and protest against yet another case of police brutality in America which resulted in the murder of George Floyd.

As Black Lives Matter (BLM) protests take place across the US and in other parts of the world, and with many people still isolating and in lockdown, the digital response to these recent instances of systemic violence has been powerfully loud, and this hashtag campaign has been one of the ways people have demonstrated it.

As I write this, #BlackLivesMatter has more than 18.8 million engagements on Instagram, but by contrast, the Black Out Tuesday hashtag has more than 28.8 million. Are you surprised that a lifetime engagement of the BLM hashtag is so significantly lower than that of a one day’s campaign? Some people would say that the reason lies behind the fact that people were advised not to use BLM hashtags on Tuesday, but perhaps it indicates that there is something wrong with the way we decide to engage in activism today.

Using social media to communicate effectively on an issue by sharing information, raising awareness or encouraging others to do further research is one matter; using a platform to virtue signal is another. Seeing brands, businesses and individuals who had not publicly engaged with the movement or conversation previously, suddenly posting on Tuesday made many question whether these posts were messages of genuine support and intent, or the result of a decision to jump on a social media campaign as people felt the intense pressure of their platform’s silence on the matter. 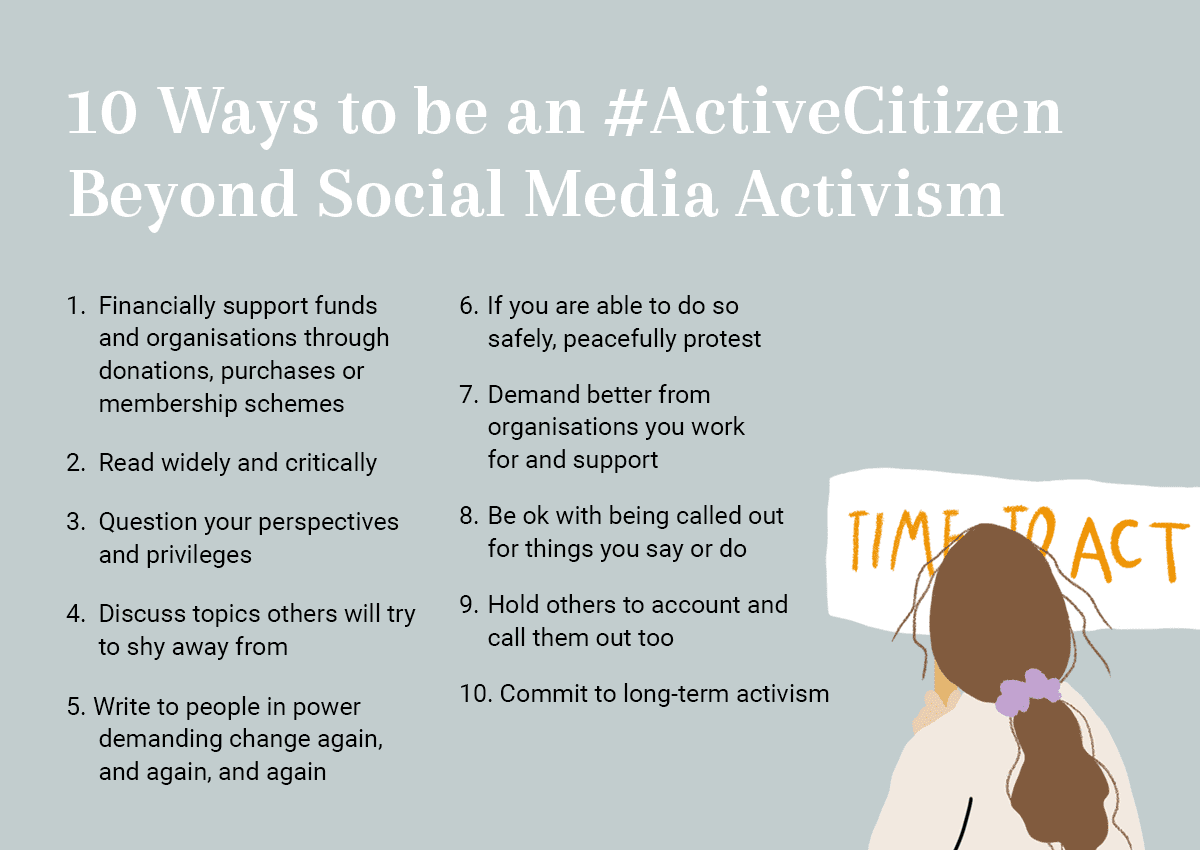 The conversation around the campaign, and about how platforms have chosen to communicate at this time, highlights the gap between action and the projection of action, a gap where social media and social justice diverge. It’s a gap that has become increasingly clear to global audiences who choose to use their social channels actively and as a starting point for action in the real world. That action may have been galvanised by something they’ve seen or read on Instagram, but the ensuing action goes way beyond the social media sphere. As such, audiences are not only ready to call out performative posting, but are also equipped with the knowledge, language and tools to do so.

As a social media editor, I’ve seen how social media activism can generate huge momentum behind a movement: by pressuring institutions to change policies and governments to make legislative change, that momentum can be incredibly impactful, and not only address, but repair inequalities and injustices otherwise upheld in the structures and systems of society.

However, change doesn’t just happen through a few posts on your public platforms. And this is what we need to embrace from now onwards; there aren’t anymore excuses.

Campaigning and activism is ongoing, tiring work that, even if at times can be demoralising, when done effectively and unitedly, it generates success and encourages us to feel part of a growing movement of active citizens. It is a work that must be enacted with serious commitments and continual diligence.

Like any other platform, Eco-Age’s digital approach this week should be viewed critically. As much as possible, we’ve tried to convey what our company stands for, while providing information and resources that can help individuals to be more active in educating themselves beyond social media (our ultimate goal as a resource for #activecitizens). We also recognise we are not necessarily the platform that needs to be most visible at the moment, and have (hopefully) made algorithmic-space for that respectfully. However, I ask that you reach out if you’ve not found that to be the case. How can we run as a useful resource if we aren’t self-critical too? Send us a message to let us know how we can do better.

Communicating effectively on social media is complicated and there’s no correct answer – every friend, follower or person I speak to has a different view on the issue, and that’s exactly as it should be. The key, of course, is that a post or statement made digitally must only be the very bare minimum of what you, and others around you, are doing. It can be uncomfortable to think and speak about, but continuing to question your approach is no bad thing. Digital activism and campaigning only works when social media is treated as a tool, not an afterthought. The Black Out Tuesday hashtag is unlikely to ever see such significant use or growth again; watch closely as #BlackLivesMatter continues to grow instead. Right now the world doesn’t need another digital ‘moment’; it needs ongoing and sustained commitments to social justice.

So what next? I recommend watching Aja Barber’s live broadcast earlier this week, ‘Why Performative Allyship Is Triggering’. Take a look at a few accounts you follow and value; consider their communications this week. Ask friends about their decisions to post or not post, and continue the conversation beyond your respective grids. Rethink the role your social media platforms play.

Our running list of anti-racism resources to work with.

Livia Firth reflects on why we need narratives of purpose and hope.

How Could Brexit Affect the British Fashion Industry?
Is Mentoring the Key to Sustaining a Happy Career?
Brexit, Migration, and the Fashion Industry
Bringing Business to Life: Aerende