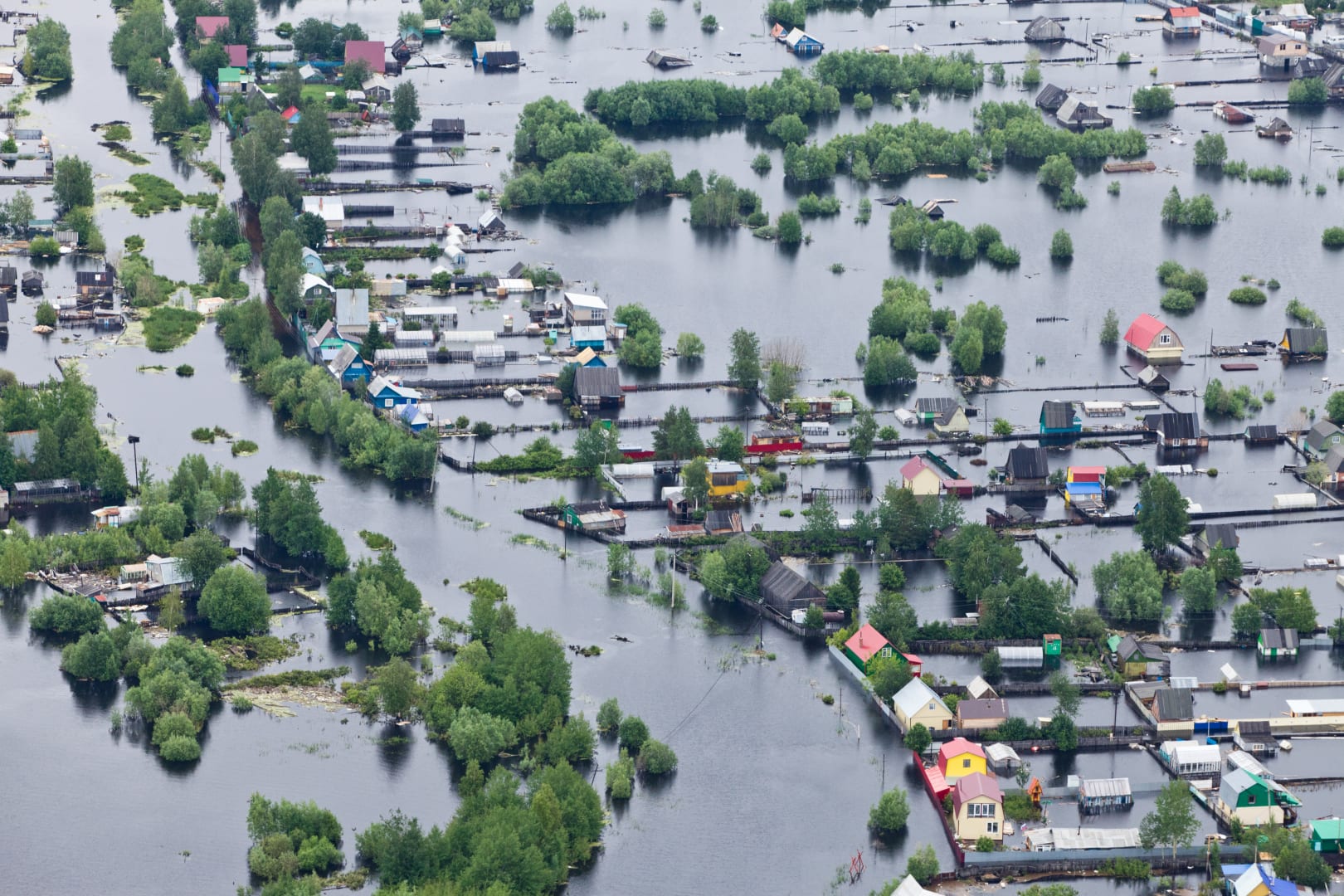 Why We Need to Wake Up to Climate Migration

“Everyone keeps asking: Which war, where? Why are they here? What will we do with them? No one is asking: Why did they flee their homes?” – Lost Children Archive, Valeria Luiselli.

Migration, in its simplest definition, is the movement from one part of something to another. In many global societies however, the concept is attributed with negative connotations and a degree of hostility. According to the International Organisation of Migration (IOM), natural disasters displaced 18.8 million people in 2017 alone. As our climate shifts to one of vast extremes, flash floods, droughts, fires and storms, forced migration as a result of the climate could lead to mass migration both internally and globally.

Climate migration is defined as a “singular type of environmental migration, where the change in the environment is due to climate change”. In a report by the IPCC (Intergovernmental Panel on Climate Change) the effects of increased temperatures by just 1-2°C could result in a rise in the occurrence or intensity of extreme events. As recognised in the report, “the character and severity of impacts depend not only on the hazards but also on the vulnerability of different communities and their exposure to climate threats,” with many societies not equipped with the resources to prevent or recover from such events. 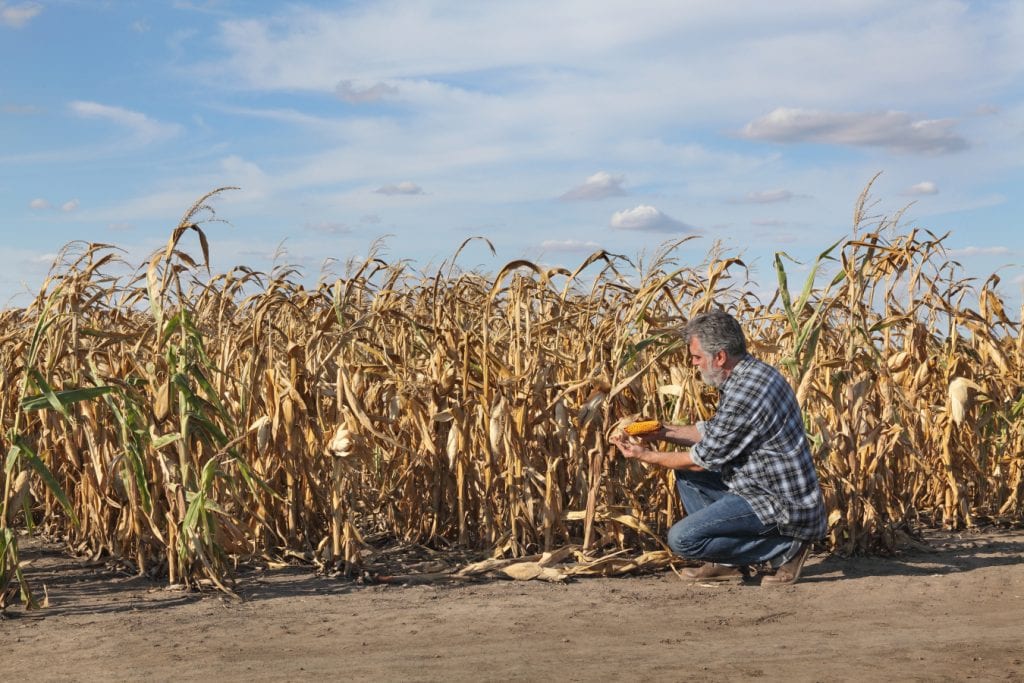 It is as a result of this vulnerability that forced climate migration could occur. As predicted by the World Bank in 2018, 143 million people may be internally displaced by 2050, due to rising sea levels, reduced crop yield and water insecurity alone. Not accounting for sudden and unpredictable climate events, this already staggeringly high prediction only includes migration as a result of climate processes – slow onset changes to the climate and wider environment. In addition to problems such as rising sea levels, salinisation of agricultural land and desertification, many populations will also face unprecedented devastation from sudden and unpredictable disasters like monsoon floods, storms and bushfires.

Understanding how these two climate drivers will uniquely impact global populations is crucial in how we perceive the future impacts of climate change and consequent migration. The IPCC describes the disproportionate risk of increasing temperatures to be of biggest concern for populations including “disadvantaged and vulnerable populations, some indigenous peoples, and local communities dependent on agricultural or coastal livelihoods.” In populations whereby water, food and infrastructure is already unstable, the repercussions of drought, salinisation and dwindling food stocks can only exacerbate situations. 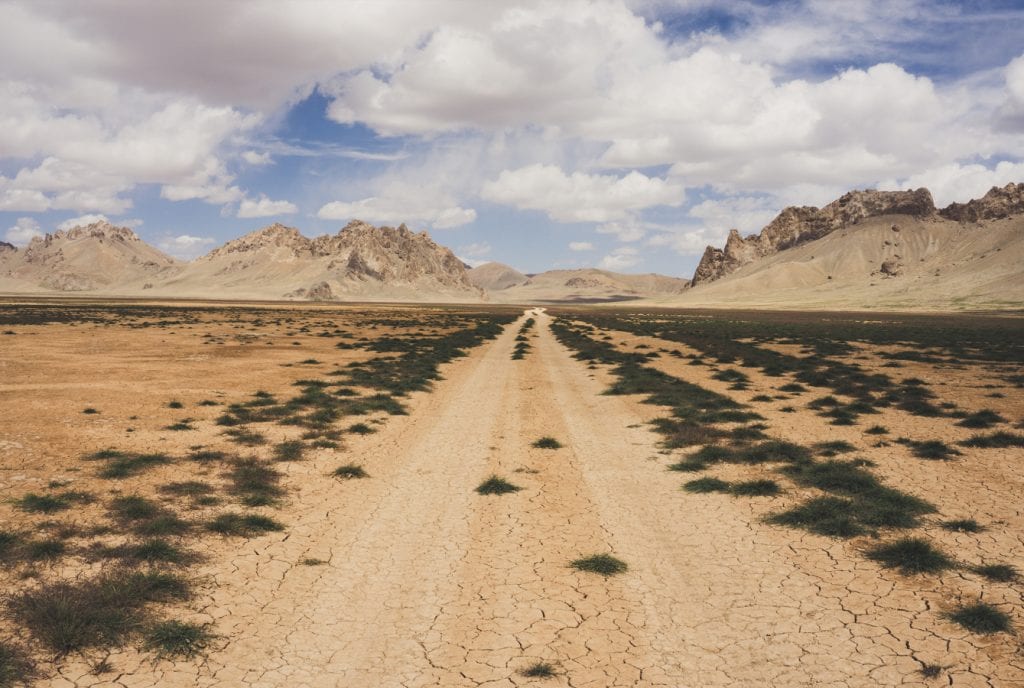 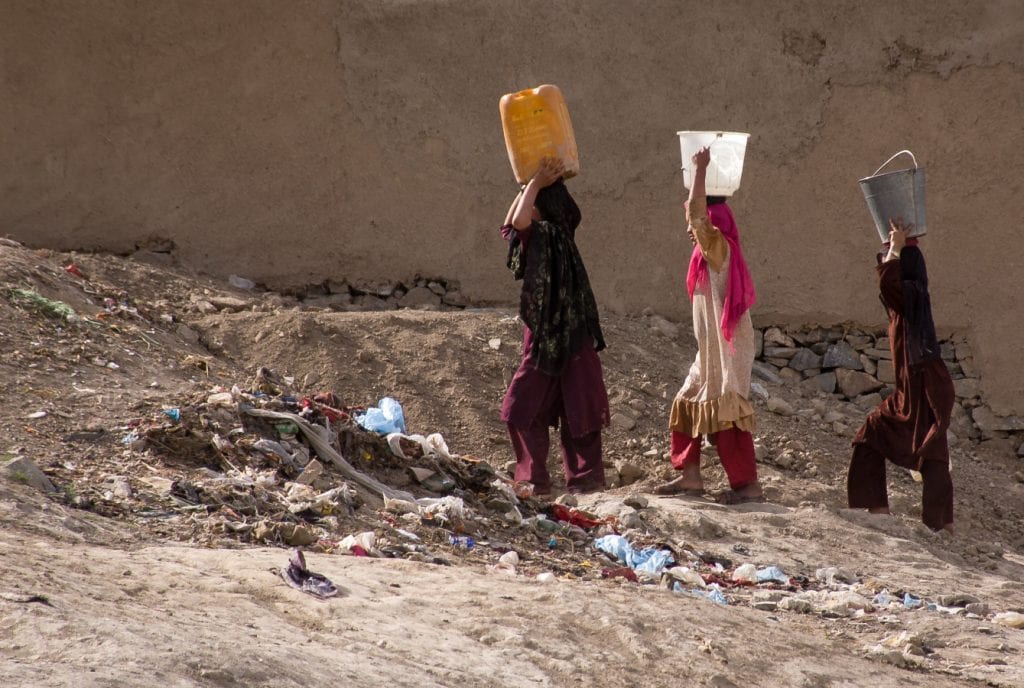 One country already facing the consequences of an unpredictable climate is Afghanistan. Persisting droughts spanning years have resulted in a significant shift in the country’s landscape, with water insecurity and extreme weather withering crops and diminishing food resources. According to National Geographic, in spite of the fact that nearly 60% of Afghans made a living from agriculture in 2017, almost half were highly food-insecure. With two thirds of the population relying on agriculture to support their families, the changing landscape is encouraging many to seek refuge in displacement camps around the country. The knock on effects of the drought have also increased vulnerability in females and young girls within the country, with National Geographic reporting that in the case of one girls’ school in the rural town of Bamiyan, a fifth of the students were pulled out of school during the drought. Since 2012, a third of the country’s population has migrated or been displaced in search of better living conditions. Following the 13-year conflict faced by Afghanistan from 2001 to 2014, further devastation created by the climate crisis can only worsen the situation for an already vulnerable population.

For communities reliant on their proximity to water, be it fisheries in Bangladesh or the densely populated banks of Egypt’s Nile Delta, the possibility of rising sea levels would leave them extremely vulnerable. In a report on climate migration, the IPCC predicted that an increased sea level rise of just one metre would lead to the displacement of at least six million people and flood 4,500km2 of Egypt’s farmland. Similarly, those living on the highly populated banks of the Ganges Delta in Bangladesh are no strangers to dealing with the flooding river. But as climate change persists, the effects felt by the river and its people are becoming insurmountable, with an area larger than Manhattan washing away every year. This destruction of landscape has a direct impact on those living close by, with much of the population’s livelihood relying on the riverbanks. According to a 2018 World Bank report, the number of Bangladeshis displaced as a result of climate change could reach 13.3 million by 2050, making it the country’s primary cause for internal migration. In an already densely populated country, the mass rural urban migration only adds to the pressure on resources in the country’s cities. 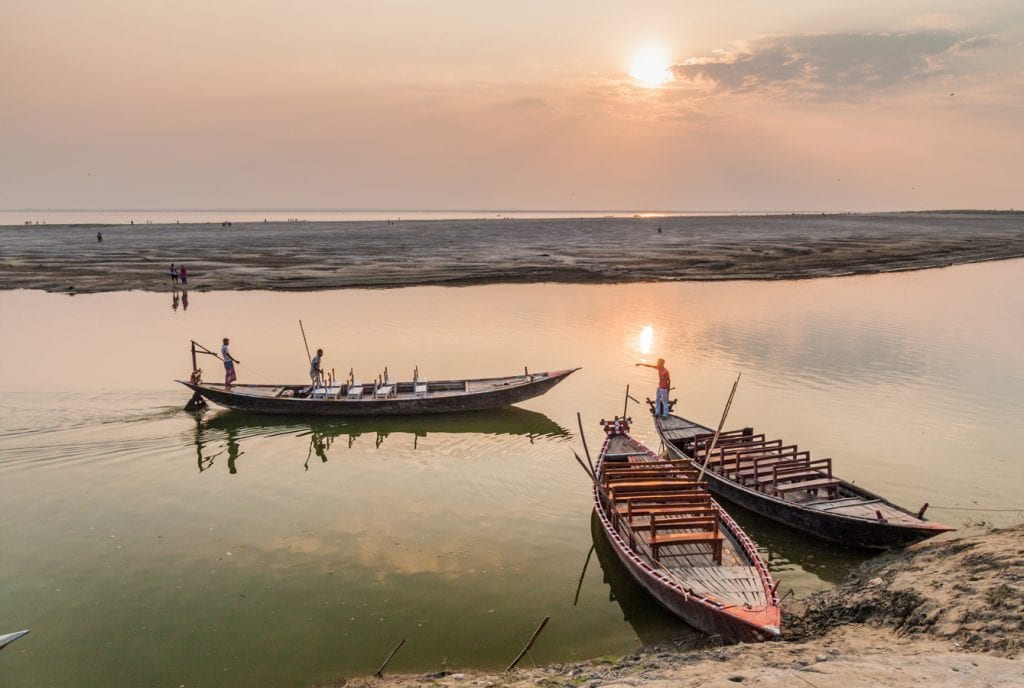 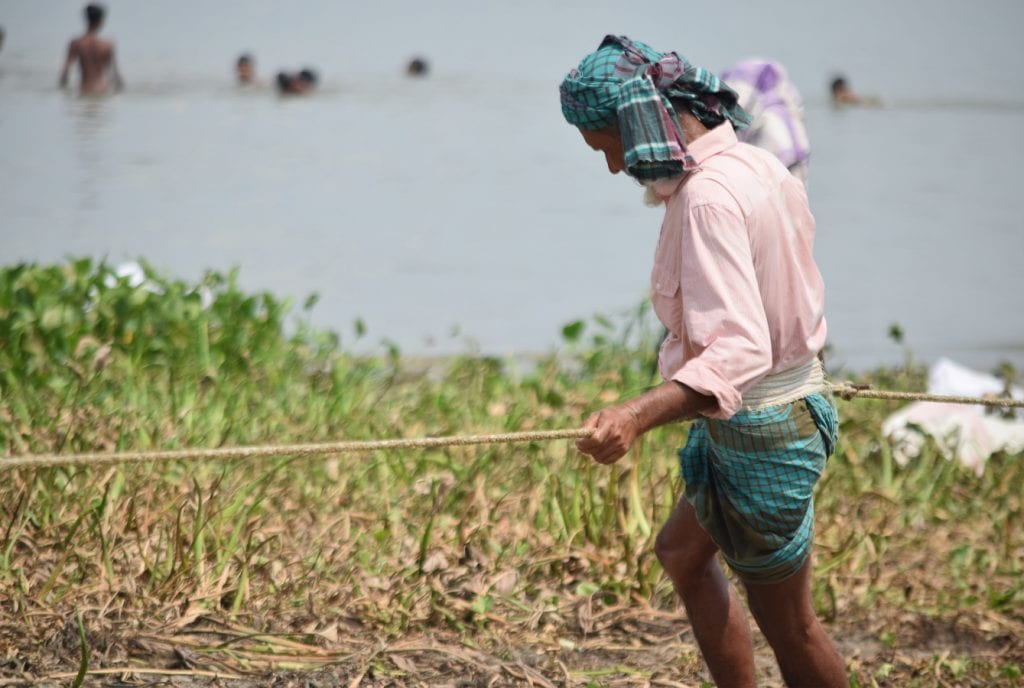 As witnessed with wildfires in Australia and the Amazon, Jakarta’s flash flooding and extreme heats in Japan and India, climate disasters are only growing in their numbers and intensity. Within the 1.5°C Paris agreement goal, governments are being called upon to support “action by developing countries and the most vulnerable countries” in addition to instilling their own environmental bills. This collaborative attitude is essential as more countries begin to face the consequences of climate change and subsequent migration. “The Australian government, for example, has shown little mercy to those from its neighbouring Pacific islands, who have had no choice but to flee their homes as a result of rising sea levels,” says Holly, a political correspondent for the Immigration Advice Service. “Yet the same government continues to pump money into the fossil fuel industry.”

As individuals, lobbying for change is perhaps the most powerful way in which we can take action. It is our job to communicate the importance of preventative measures and campaign for science-based plans. We can write to governments or petition for green energy and carbon neutrality. But let’s also encourge empathy for those forced to leave their homes. And most importantly, let’s ask exactly why it is that these people are being forced to flee.

Learn how to help with the migrant crisis in Calais.

Discover how best to be a climate activist and use your voice for the planet.

More Or Less: Jaime Perlman on a New Kind of Fashion Magazine
In Conversation with Environmentalist, Author and Activist Rob Hopkins
The Brands & Designers Redefining The Way Fashion Works With Artisans
How Small and Sustainable Businesses are Using 'Stock Drops' to Change Consumer Habits