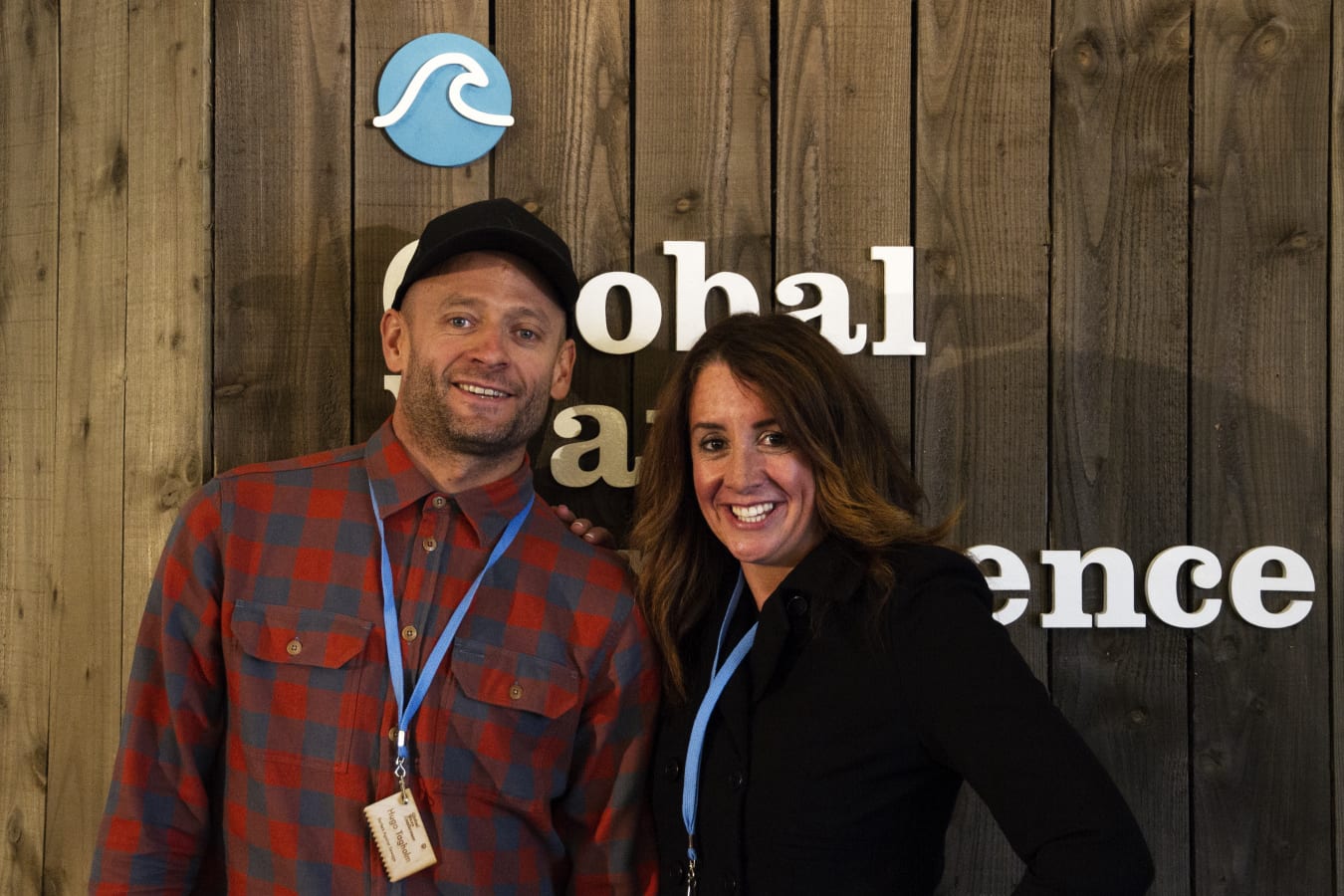 The Winners of The Plastic Free Awards 2019

The Plastic Free Awards celebrate the inspiring work being done by individuals, communities and initiatives across the UK to help reduce plastic pollution. Here’s what happened on the night.

On 21st November 2019, activists and entrepreneurs alike came together for the inaugural edition of the Plastic Free Awards, hosted by marine conservation charity Surfers Against Sewage and the Iceland Foods Charitable Foundation. The Bristol Museum set the scene for a night celebrating the environmental heroes that have been working to reduce plastic consumption on a local, national or global scale, from the beach front to the front benches of Parliament.

“We have so many different types of activists here,” said writer, broadcaster and Plastic Free Awards judge and host Lucy Siegle. “Some are from wildlife, nature preservation, some are kids from schools, some are scientists working on polymer science.” Meanwhile, the judging panel included famous names from television presenter Gillian Burke to the multi-gold medal-winning Olympian Helen Glover.

In an evening of celebration and mutual admiration, action on plastic pollution was prized through 12 individual awards. The winners were a true representation of the intergenerational movement, ranging all the way from overall winner 93-year old Sir David Attenborough to Ella and Caitlin McEwan, aged 10 and 8, who were awarded the ‘Youth Plastic Pioneer’ award for their petition to stop Burger King and McDonald’s giving out plastic toys with kids meals. “Our tip for going plastic free is to believe in what you think is right,’ explained Ella, on receiving the award. “Don’t listen to what anyone else thinks you should do. Just do you.” 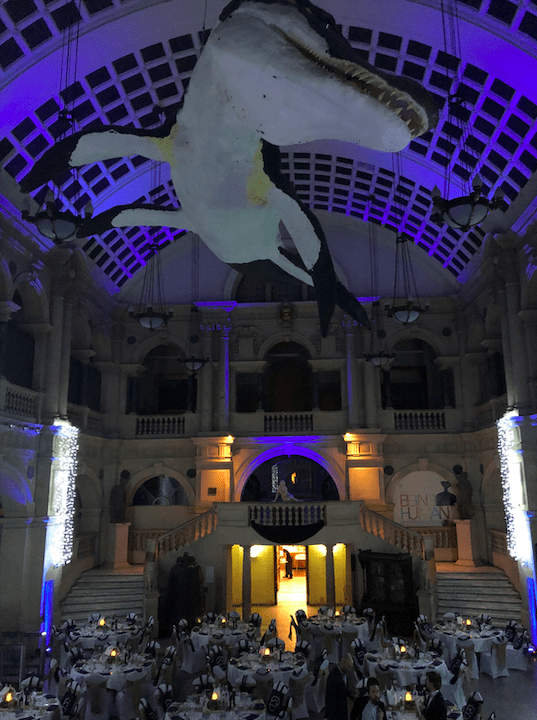 From cleaning up the environment to redesigning our relationship with plastic through innovative new products and materials, accolades were presented for categories including ‘Sports Champion’ won by cold-water swimmer and UN Patron for the Ocean Lewis Pugh to ‘Plastic Production Re-innovation’ which was awarded to Flexi-Hex for their protective packaging made from recycled paper. Greenpeace’s Will McCallum took the title of ‘Plastic-Free Hero’ for his hugely popular book How To Give Up Plastic, while City to Sea’s refill campaign won them the ‘Reduce & Reuse’ award. Boston Tea Partywere given the prize for ‘Plastic-Free Venues & Events’ for being the first UK cafe to ban single-use coffee cups.

An inspirational evening surrounded by people and businesses committed to the plastic-free movement. We are making real progress and I want to encourage everyone to play their part in protecting the planet from plastic pollution. #PlasticFreeAwards pic.twitter.com/oy703gaEeU

Other winners included the ‘Schools Campion’ Damers First School for their visit to Westminster to speak with Michael Gove about the importance of a Deposit Return Scheme, and Penzane, who were declared the best ‘Plastic Free Community.’ Ella Daish’s End Period Plastic campaign won ‘Best Plastic Campaign’ for her petition against plastic in women’s period products, while the ‘Small Business Award’ went to zero-plastic clothing label Rapanui for their 360 approach to sustainability. Alongside using renewable energy and treating water from dying so that it is clean enough to drink, founder Richard recognises the importance of clothing in anti-plastic movement and encourages others not to “buy t-shirts that are made using plastic.” Last but not least, the ‘#TooCoolForPlastic’ champion was declated Matt Downes from Iceland Foods. 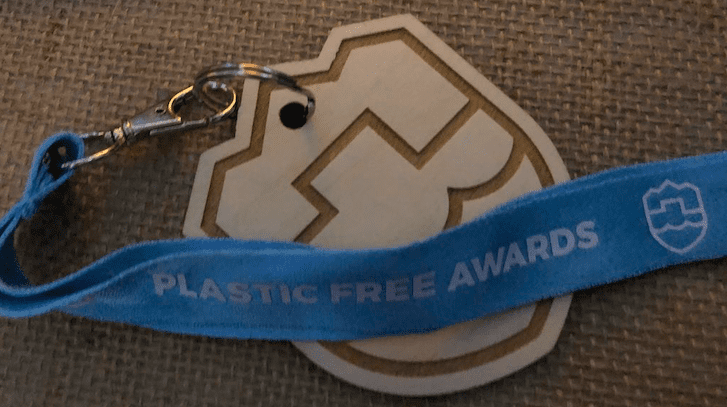 The evening represented a real sense of unity between the leaders in the fight the plastic pandemic, and as the awards drew to a close there was a feeling of inspiration and motivation in the air. “Celebrating the heroic efforts of campaigners, volunteers and communities who have stepped up to the challenge is one way to inspire us all into being the change we’d like to see,” commented judge Gillian Burke.

From reducing our daily plastic use to petitioning for large corporations to cut down their consumption, there are many ways to join the movement. Old or young, local or international, through science or social media, the Plastic Free Awards was a true representation of the fact that everybody’s individual actions can come together to ignite large scale change. “We are making progress,” summarises Iceland Foods Managing Director, IFCF Trustee and Plastic Free Awards judge Richard Walker, “and invite everyone to play their part in protecting the planet from plastic pollution.”

Read our interview with Hugo Tagholm, chief executive of Surfers Against Sewage.

Discover our 10 simple swaps to cut down on plastic.

See Venetia Falconer’s top tips on how to have a plastic free period.

UGG Introduces New Material Innovations with Plant Power
News In Brief
From Nylon Waste to Fashion: How The ECONYL® Brand Became A Pioneer Of The Circular Economy
How The World is Taking Back Black Friday