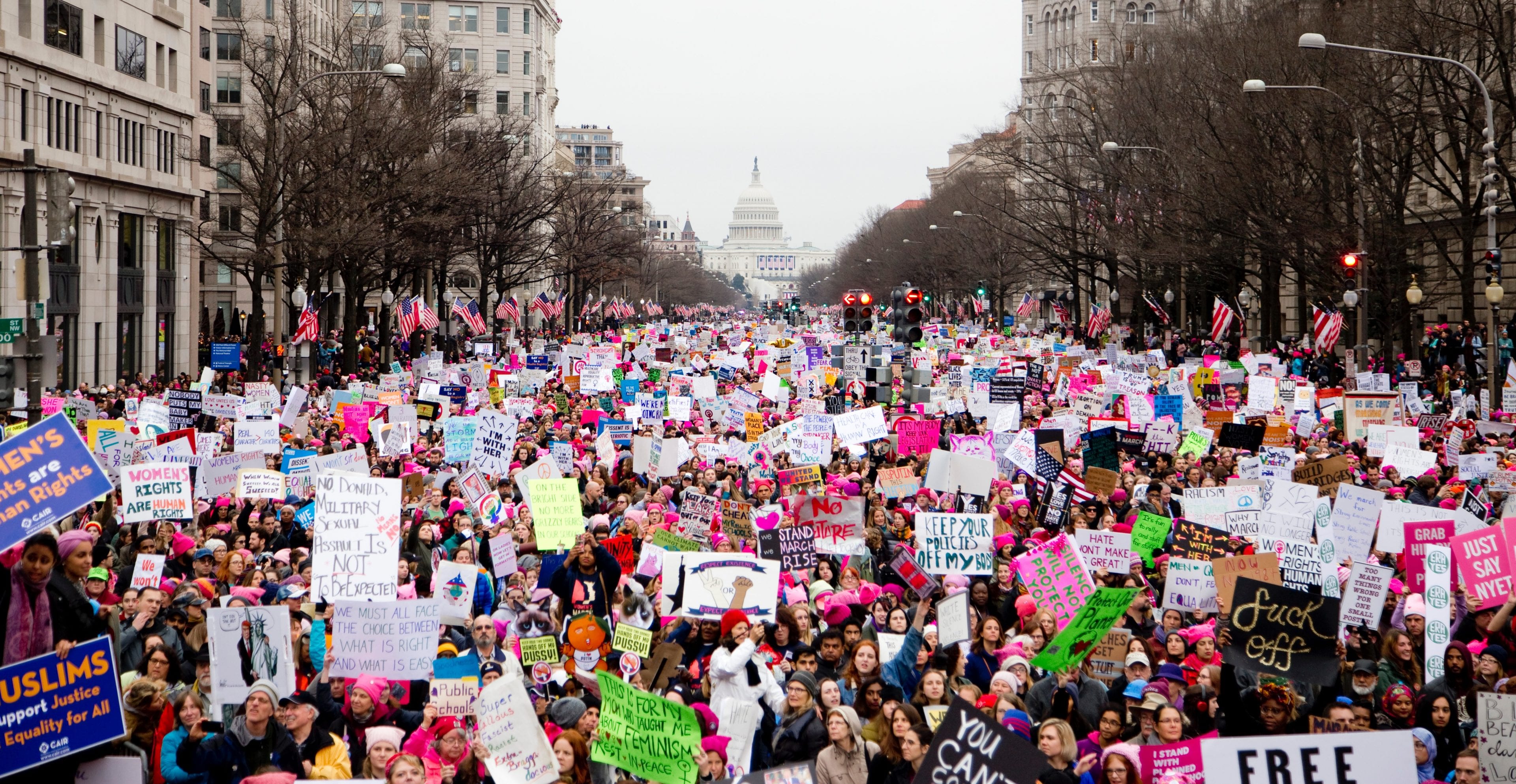 Women’s March 2019 – Everything You Need To Know

The Women’s March has become an annual worldwide movement, ever since millions of people marched globally at the first Women’s March on January 21st 2017 – fired up from the misogyny and racism that had surrounded the Trump campaign (and election). Since then a few things have changed, but the need to speak up and fight for equality has not. So once again this Saturday, thousands of people – women and men – around the world will be marching for equality in what will be an international day of action and solidarity. So what are you waiting for? Grab your signs and join us and other fellow #activecitizens to demand change.

Here’s everything you need to know about the 2019 Women’s March: 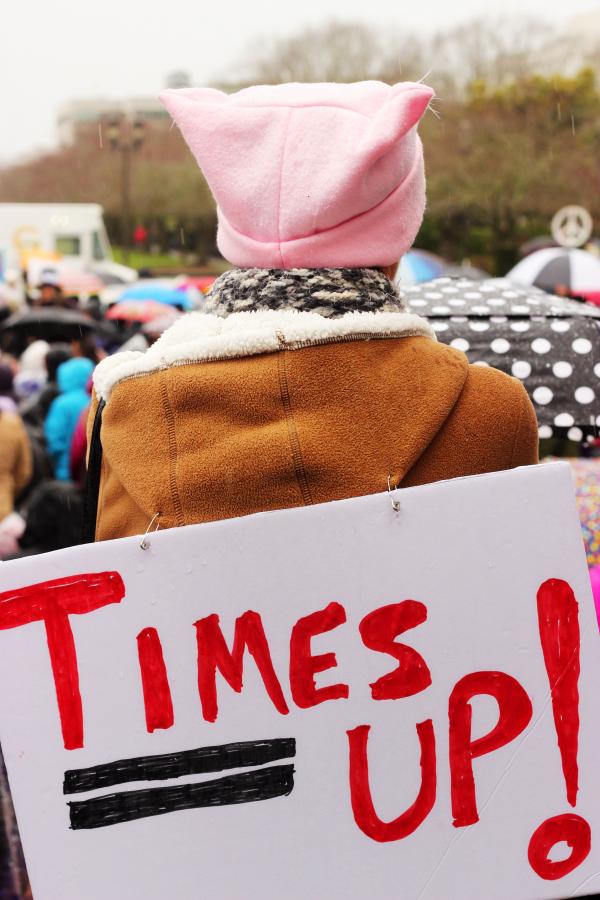 Two years ago, as the US President Donald Trump celebrated his first day in office after a campaign charged with misogyny and sexism, women and men alike took to the streets in Washington DC in protest in the first official Women’s March, with thousands of other marches against inequality following suit around the world.

The Women’s March set the tone for the year ahead, and by the end of 2017 and throughout the entirety of 2018, the #MeToo movement had unfolded into a defining movement. #MeToo began when up to 75 actresses spoke out publicly against Hollywood movie mogul Harvey Weinstein, raising allegations of sexual abuse and harassment, and giving women around the world the power and confidence to speak out about their own experiences of abuse and harrassment.  And it wasn’t just women in the film industry that started sharing their stories – Cameron Russell used her social platform to share anonymous stories from models about shocking abuse in the fashion industry under the hashtag #MyJobShouldNotIncludeAbuse.

While these campaigns have undoubtedly fuelled progress, and with 2019 getting off to a positive start as the first year in US history that 102 women have been sworn into the US House – including the youngest woman, the first Muslim and the first Native American woman; there is still a long way to go, and this Saturday we will be marching…

for women’s rights are human rights.
for immigrants rights because we should be building bridges not walls (figuratively and literally).
for diversity.
for solidarity.
for equality.
for progress.
for change.
for the planet.

Marches will take place in cities across America, Europe and Asia this weekend – find a list of protests here.

If you’re based in the UK, the Women’s March London will take place on Saturday 19th January, meeting at 12pm at Portland Place and ending at Trafalgar Square.  If you are unable to join the March, make sure to follow #WeAreChange on socials to stay in the loop and see all the fun signs. 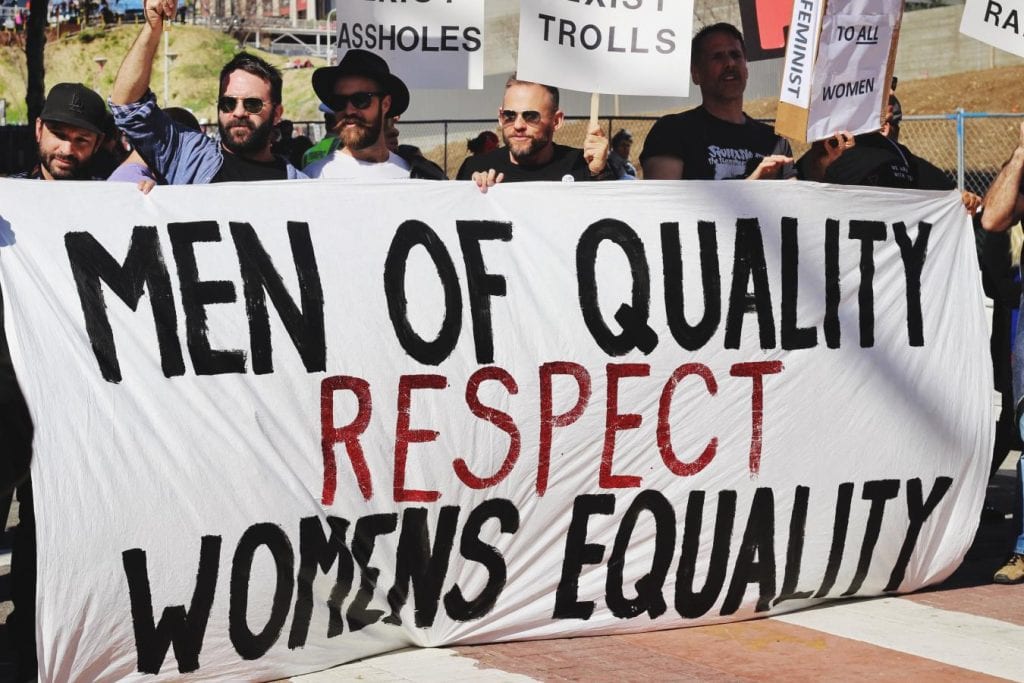 The theme for this year’s Women’s March London is ‘Bread and Roses’, inspired by the 1911 speech that Rose Schneiderman, a suffragist, gave in New York City while fighting for safer working conditions and pay rises for garment workers, after a garment factory had burnt down and 146 garment workers lost their lives. Sounds familiar? That’s because the same is currently happening in Bangladesh and in many more parts of the world.

“What the woman who labors wants is the right to live, not simply exist — the right to life as the rich woman has the right to life, and the sun and music and art. You have nothing that the humblest worker has not a right to have also. The worker must have bread, but she must have roses, too. Help, you women of privilege, give her the ballot to fight with,” Rose said in 1911, and it could not be more relevant today.

4. What should you bring?

First and foremost, you will need a sign – a good one. For inspiration, here are some ideas for what you could write on your sign:

And naturally you’ll want your sign to be sustainable, so your best option is to upcycle a piece of cardboard instead of buying a new poster.

Next, you’ll need some (plastic-free) snacks and your reusable water bottle. During the march you can refill your water at the Starbucks on Langham Place before you start, Wholefoods in Piccadilly Circus halfway through, and at Pret A Manger on Trafalgar Square when you finish.

GCFA, Italia 2020: DREST Is Using Gamification To Champion Sustainability In Fashion, Starting With ...
A Week in Calais Helping Refugees
Lessons in Sustainability: The Traditional Craft of Suzani in Tajikistan
Deliciously Ella Podcast: Livia Firth In Conversation With Ella and Matthew Mills